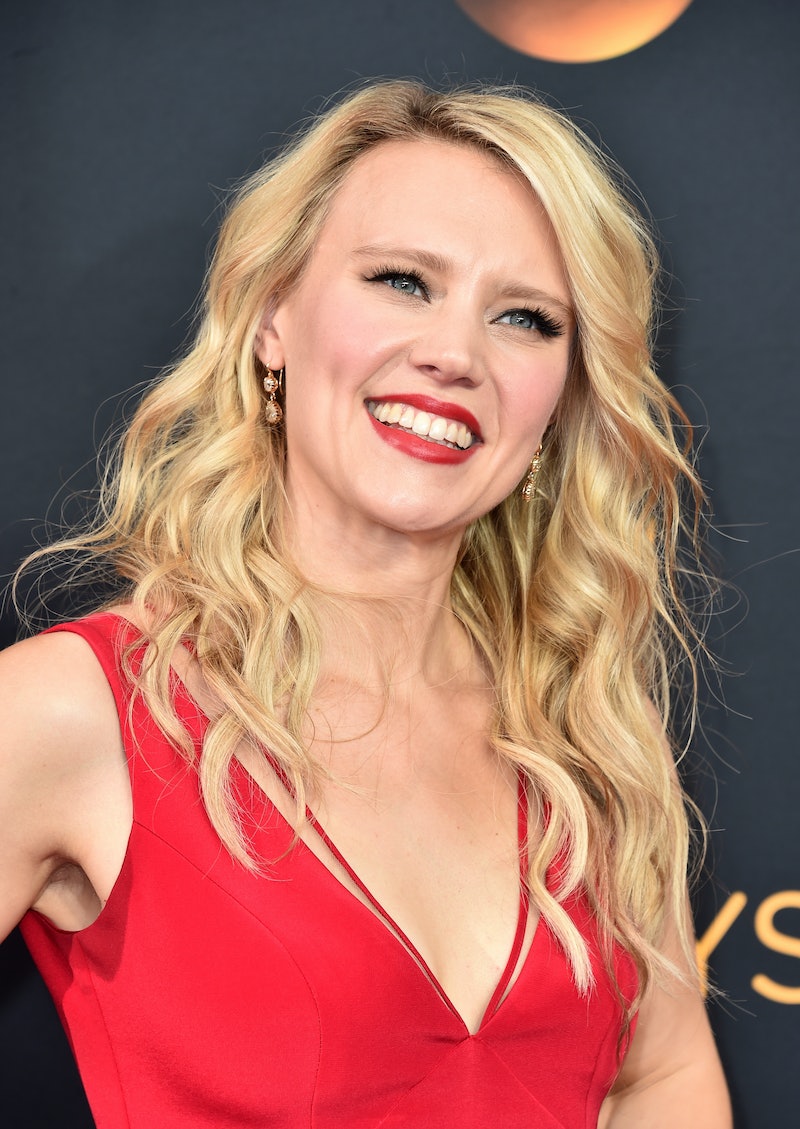 If you happened to catch Saturday Night Live's cold open this past weekend, you probably have a lot of feelings. If you didn't, you should know that the cold open was a poignant tribute not only to the incomparable Leonard Cohen, who recently passed away, but also to Hillary Clinton and her missed chance at the presidency. Kate McKinnon performed Cohen's "Hallelujah" while impersonating Clinton, and while singing the timely, pointed, and devastating rendition of the classic song, she also did it while playing the piano. Yes, Kate McKinnon can actually play the piano, in addition to being a skilled singer, actor, and comedian. Wow.

Is there anything McKinnon can't do? She plays Justin Bieber and Hillary Clinton with ease and hilarity, she dabbles in TV and film, she can be crazy funny but also serious when need be, and, to top it all off, she can sing. Look, no one's perfect. Everyone has flaws. McKinnon is probably really bad at crossword puzzles or braiding hair or something. But piano? She's pretty damn good at that, no doubt about it.

According to her IMDb, the star plays piano, in addition to the guitar and the cello. It's a good thing we aren't up against her for college applications. Her extracurriculars put nearly all of us to shame. She'd edge me out for sure.

As I learn more about McKinnon and her talents, the more satisfied I am by her recent Emmy win for SNL. And, that's saying a lot, because I was pretty damn jazzed about her taking home the award as it was. This comedian is so much more than her improv skills, and it's only right that she's recognized for her range of abilities.

More like this
Michael B. Jordan Tackled His "Public Breakup" With Lori Harvey On 'SNL'
By Brad Witter
Who Is Pete Davidson Dating? He & Chase Sui Wonders Got Caught Kissing
By Jake Viswanath
The Black Lotus Staff Has "Had Enough" In The 'White Lotus' Spoof From 'SNL'
By Brad Witter
Jay-Z Is Performing At The Grammys, Meaning Beyoncé Might Actually Show Up
By Jake Viswanath
Get Even More From Bustle — Sign Up For The Newsletter
From hair trends to relationship advice, our daily newsletter has everything you need to sound like a person who’s on TikTok, even if you aren’t.