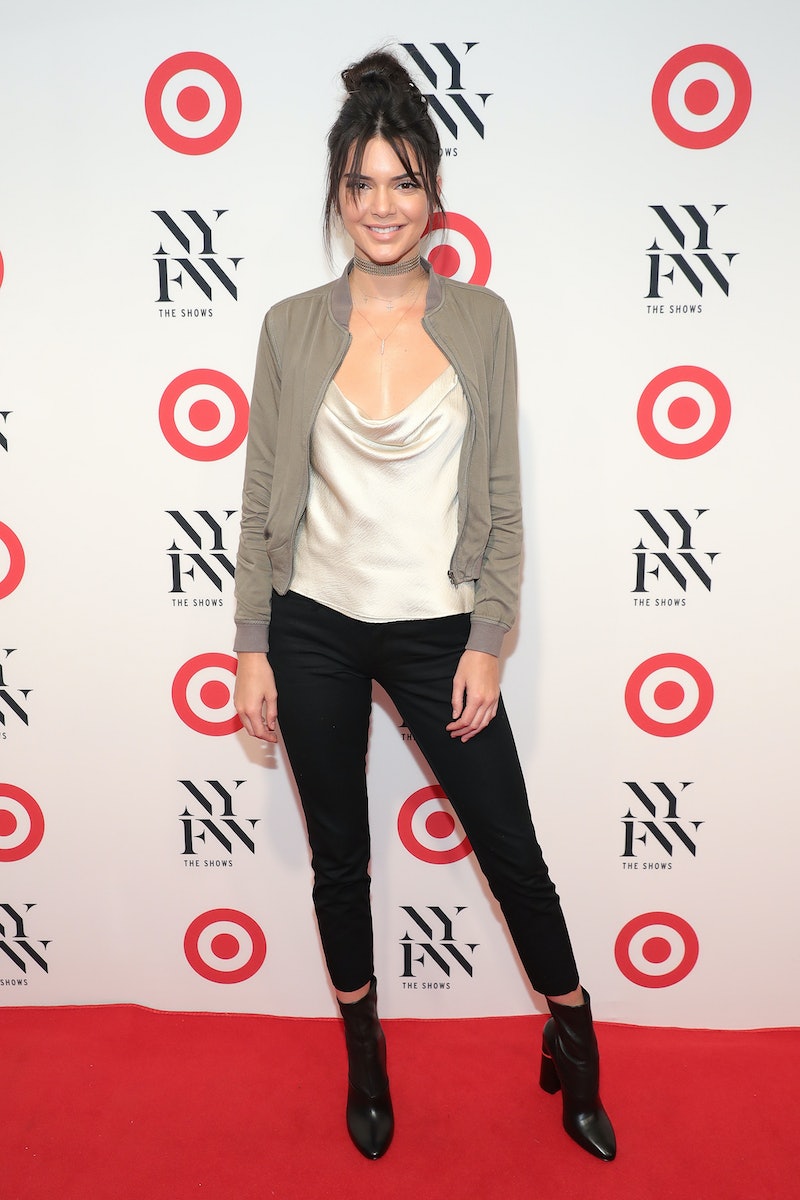 Over the past couple of years, our country has seen so many instances of horrifying gun violence that it's no surprise that so many celebrities have decided to use their fame to get the message out about passing stricter gun laws. And now, one of my favorite members of the Kardashian/Jenner fam is getting involved. On this week's episode of Keeping Up With The Kardashians , Kendall wants to fight for gun control, and it's awesome to see her stand up for something she feels so strongly about.

It starts when Kendall's invited to participate in the Black Eyed Peas' remake of "Where Is The Love," which debuted in September and involved a ton of other celebrities who all supported the same message. But since this is an issue that has become so important to her, Kendall didn't feel like it was enough and wanted to do something else to help stop even more gun violence from occurring. While having lunch with Khloé, they talked about what else they could do and decided they'd get together with the rest of the family and find a way to use their giant platform to do some good — aka one of the biggest reasons I absolutely love these people!

But after doing some research, Kendall discovered that she could receive a lot of backlash by making her opinion on such a hot button issue known just because of who she is, and she's right — it's not fair, but it's reality. After talking to her sisters, Kim set up a meeting with victims of gun violence she met through the pro-gun control group Everytown, and she, Khloé, Kris, and Kourtney were there... and even though she was late, Kendall was there too. It was obviously really difficult for them to hear those who had lost people they loved through gun violence tell their stories, but it was important for them to be heard.

It's good to see that Kendall isn't letting the fear of what people might think stop her from using her voice like this. That's the only way progress will ever get made!