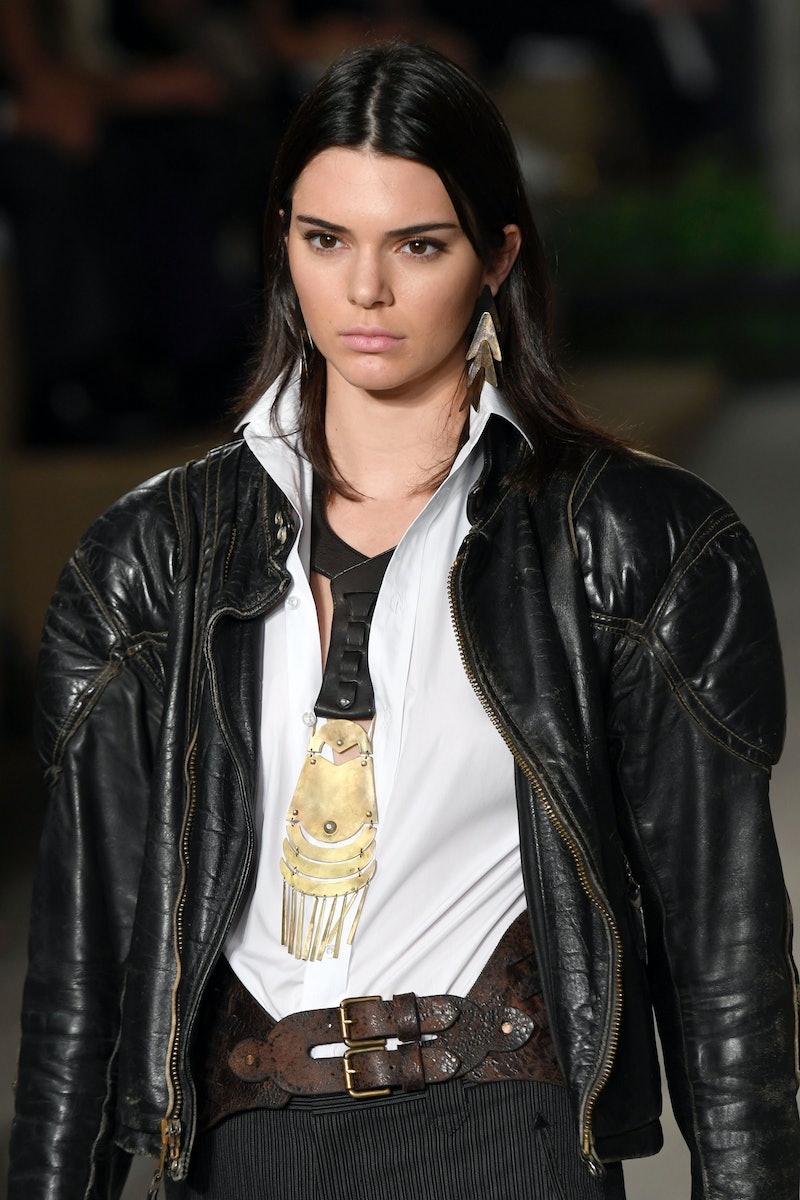 If you attempted to peep at Kendall Jenner's Instagram on Sunday night, you were immediately met with an error message: "Sorry, this page isn't available," the text still reads on Monday morning. "The link you followed may be broken, or the page may have been removed. Go back to Instagram." What's going on? What is this sorcery? WHERE IS KENDALL JENNER'S INSTAGRAM??? Update: Jenner explained her decision to delete her Instagram during a Nov. 16 appearance on The Ellen DeGeneres Show. "I just wanted to detox. I felt like I just wanted a little bit of a break. I’m always on it ... I would wake up in the morning and I would look at it first thing, I would go to bed and it was the last thing I would look at," she said. The model also explained that she will rejoin the app at some point.

Earlier: TBH, it looks like it may have been deleted (or deactivated), at least for now. For what it's worth, Jenner's other social media platforms — at least Facebook and Twitter — are still active. Bustle has reached out to Jenner’s rep for comment, but has not yet received a response.

Though Jenner has yet to comment on the disappearance of her Insta, there could be several explanations as to why she deleted it (if that is, in fact, the case). For one, the model has previously explained that she makes a point to delete social media apps off her phone once in a while so she can reconnect with the real world.

"I definitely have close friends, and even some family members, who are so connected to their phone and can't get off of it," she told Allure back in September, recalling a vacation she had with Kylie: "I was just zoning out, taking it all in. And Kylie wouldn't put her phone down. I'm like, 'That's so crazy to me that you're not experiencing this.'"

"That was the moment it kind of clicked for me," she continued. "And I didn't like it. So sometimes I delete Instagram or Twitter or Snapchat off my phone for a couple days."

Of course, just deleting the app off of her phone is different than deleting her account — but it's pretty much the same premise. If you can't resist the intrigue of going on Instagram or checking out your follower count or seeing how many likes you get, no matter if the app is on your phone or not, one way to get out of that mindset is to deactivate your account. At least temporarily.

There's also the notion that Jenner could be curbing her social media presence in light of Kim Kardashian's robbery. While Jenner's older sister has notably taken a break from social media after the terrifying ordeal, the rest of the family has been posting as normal. Still, it wouldn't be shocking to learn that Jenner decided to cut back on her internet presence if it means that it is best for her own safety.

And as for the final theory, I present Jenner's half-brother Rob Kardashian, who is arguably the master of deleting social media when he's making a big change in his life. Is it possible that Jenner is following in her brother's footsteps and is making a loud statement by deleting her account, one that will notably make headlines and drum up press? While it doesn't seem like Jenner's M.O., anything is possible with this family.

As for Kardashian making a return to Instagram, or revealing an explanation for the deletion of her account, that remains to be seen. But, like all good Kardashian-watchers, we'll definitely be there waiting.