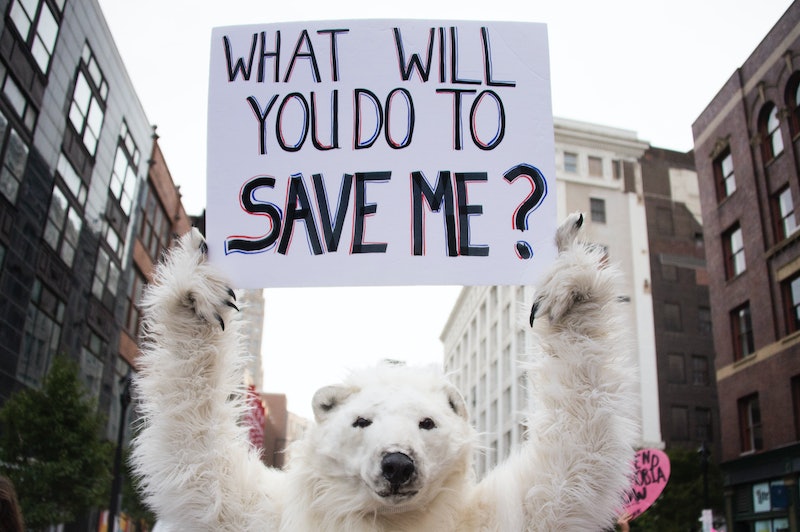 All evidence points to Donald Trump's presidency being a disaster for the environment. The president-elect detests the Environmental Protection Agency and has hired a climate change denier to oversee the its transition. In 2012, he tweeted that global warming is a "hoax" created by "the Chinese." He wants to back the United States out of the Paris climate agreement, and his presidency could lead to the completion of the Dakota Access Pipeline. And though he has taken strong stances on the Second Amendment, illegal immigration, law enforcement and political correctness, none of the issues listed on Trump's campaign website speak to environmental concerns (though he has expressed interest in repealing emissions rules in place under the Clean Power Plan).

Despite Trump's anti-environmental positions and his backing by the majority Republican House and Senate, there is still hope to be found in the work of ever-vigilant activists and advocates. However, defenders of the country's land, water, air, and wildlife will be especially busy and in need of support during Trump's term.

Below are just a few of the many wonderful environmental organizations to which you can offer financial support in these dire times. And even if you don't have money to offer, check out their websites for other ways to lend a hand or spread awareness.

Founded in 1967, the Environmental Defense Fund, or EDF, is most famous for getting the EPA to ban the DDT chemical in 1972. In the years since, the organization has expanded its efforts from addressing environmental pollutants to also focus on combating climate change and overfishing and advocate for sustainable farming and ranching practices. Donate to the EDF here.

Earthjustice is an environmental organization that works to protect the environment through battles in the courtroom. The organization has many legal and legislative victories under its belt and its attorneys are currently representing the Standing Rock Sioux Tribe in its lawsuit against the Dakota Access Pipeline. Donate to Earthjustice here.

In addition to its nature conservation work in the United States, this Virginia-based nonprofit partners with local communities all over the world to secure land rights and advocate for environmental protections. Donate to Conservation International here.

All the organizations listed above have national and international reach, but as always check out organizations local to you. Charity watchdog websites such as Charity Watch or Charity Navigator are helpful in ensuring that the money and time you donate to nonprofits are being well-spent. Now go on out there and fight for the earth.