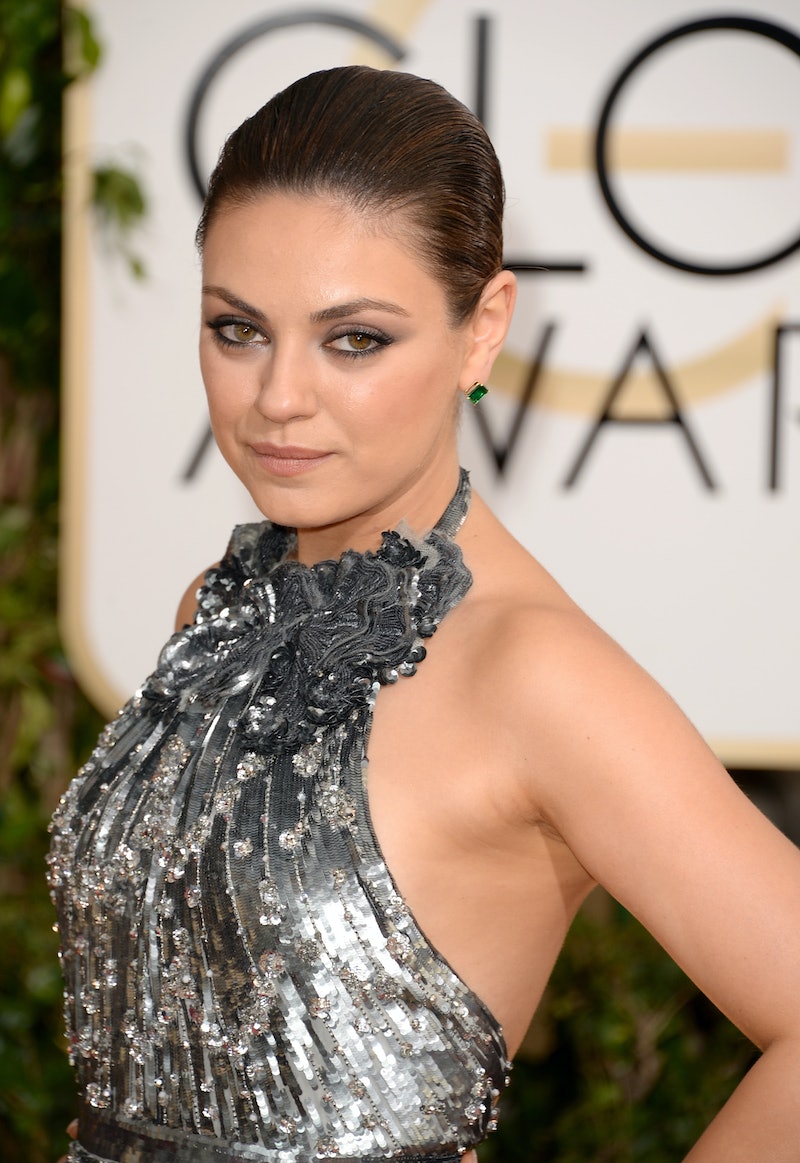 What did you miss this weekend? Well, Mila Kunis and Ashton Kutcher traveled to Iowa to visit Kutcher's family, a move that will forever change Iowa's list of "Top 10 Attractions." Bow down, Sundown Mountain, because mom-to-be Kunis has a glow that will melt the snow from your 45 acres of slopes. You thought you were stoic and splendid, Iowa State Capitol building? Kutcher's chiseled jaw will knock the stuffing out of your gold leafing and Corinthian columns. And oh, Family Museum of Arts and Science. You thought you had it all, with your "role play and interactive learning." How sad, then, that Kunis could put you out of business in a day by standing outside with a sign that said: "Touch my baby bump for $5."

Then again, Kunis and Kutcher (or Kuntcher, as I like to call them) aren't here for the sightseeing or for beating the sightseeing at its own game. They're here to visit Ashton's family, breathe the fresh air, and prove that, by making it through a trip to Iowa, they can make it through any bumps in their relationship. This is especially a test of Kunis' endurance and support, because it's hard to be pregnant, a superstar, and in Iowa. Here, then, are some Iowan sites and activities that will allow the couple to bond over their blossoming love.

While this city's summer tourist attractions may not currently be in full swing, look no further for the name of your firstborn. Boy or girl, that baby needs to wear this name with pride.

Kutcher recently reminded Iowan Twitter followers to get coverage at Healthcare.gov before it was too late, and he can drive the message home by setting up shop outside St. Luke's Hospital in Cedar Rapids.

While the University of Iowa lost to Tennessee at the First Four, there's no reason why Kutcher and Kunis can't go and pay their respects. Indeed, it might be nice to escape to a venue that focuses on sports, especially when there isn't a chance of being caught on kiss cam.

4. The Field of Dreams

The Field of Dreams movie site is still a major tourist attraction in Iowa, and is currently celebrating its 25th anniversary as a place where the spirits can walk free and play baseball. And if you build it and make a film about it, the tourists will come. The website says the attraction is closed until April 1, but hey. What's the point of being a star if you don't lean on some guys for a relatively mundane favor?

Bravo, Kunis and Kutcher, for making the flight to Iowa and massaging the state's tourism industry into its peak capacity mode. It's a shame you can't stay and further boost the local economy, but regardless, at least baby Okoboji will know his or her roots. And why they feel strangely drawn to that baseball field in their backyard...

More like this
20 Celebrity Couples Who You Forgot Dated In 2002
By Jake Viswanath
Jake Daniels Just Became The UK’s First Active Football Player To Come Out As Gay Since 1990
By Sam Ramsden
What Is Jeanie Buss' Net Worth? The Lakers President Is Uber Rich
By Hugh McIntyre
Laura Dern Said “Cultural Awareness” Made Her Rethink This 'Jurassic Park' Fact
By Grace Wehniainen
Get Even More From Bustle — Sign Up For The Newsletter