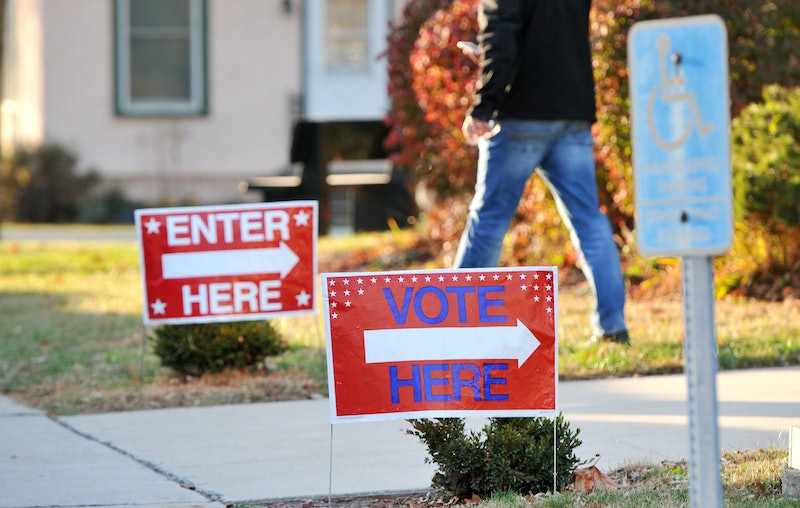 If you're feeling despondent about the election outcome, there is still something you can do. The U.S. Senate race in Louisiana is still open, and it's Democrats' last chance to flip a seat. If you want to throw your support behind Louisiana's Democratic senate candidate, Foster Campbell, and help narrow the gap of Republican's control of the chamber.

Louisiana voted on Nov. 8 to fill the seat of retiring Republican Sen. David Vitter. There were 24 candidates on the ballot on Nov. 8, including former KKK grand wizard David Duke, who has grabbed headlines this election cycle for supporting President-elect Donald Trump. Republican Louisiana State Treasurer John Kennedy received the most votes, winning 25 percent of the vote. Democratic candidate, Louisiana Public Service Commissioner Foster Campbell netted 17.5 percent of the vote. However, since no candidate received the requisite 50 percent of votes to win, Louisiana's Senate election heads to a runoff vote, with the two top finishers, Kennedy and Campbell, going head-to-head.

The runoff election in Louisiana is on Dec. 10, and both parties are already clamoring to throw their support behind the candidates. Republicans are lining up to help Kennedy take the seat, and the National Republican Senatorial Committee will open 10 offices across Louisiana to support Kennedy's campaign. The race has garnered national attention because it's the last chance the Democrats have to flip a senate seat this year. No matter the outcome, the Republicans will still maintain control of the Senate. But a win for Campbell would mean a 51-49 split, and whatever ground the party can make up now means less seats to flip in 2018, putting them closer to regaining control.

But this is a state race, so how can you help if you don't live in Louisiana?

You can donate to Campbell's campaign to start. Campbell is the underdog in this election, and with the resources the Republicans are contributing to the race, Campbell will need all the help he can get.

But that's not to say this race is a lost cause. Campbell's record as a public servant may be his strongest selling point. The Hill reported that Campbell has fought for ethics reform, lower energy rates for rural consumers, and for victims of domestic violence. Now that the race has gotten national attention, Campbell even has some of Hollywood rallying behind him and urging their followers to support his Senate bid.

The significance this race holds has brought supporters from across the country out for what would otherwise be a largely ignored senate race. Democrats made the mistake of being too complacent the first time around. This is a shot at small sliver of redemption for them. And if the national attention this race is getting is any indication, they will not make that mistake twice.