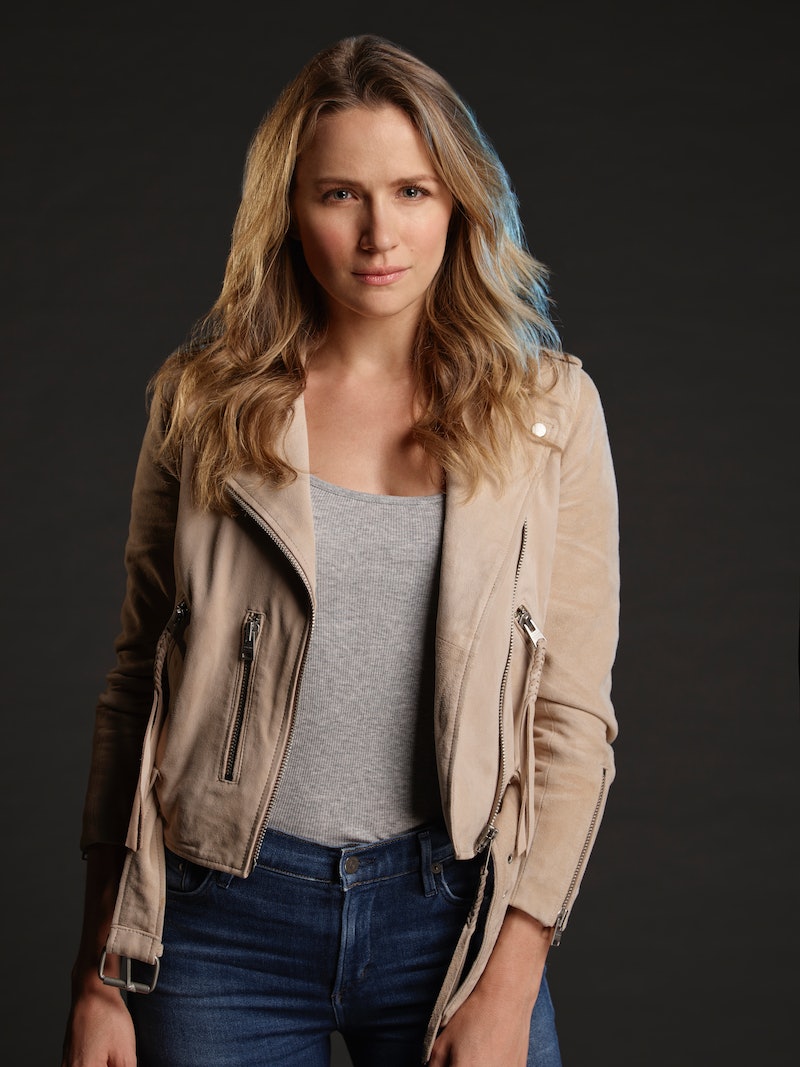 When USA's Shooter was first announced, there was all kinds of talk about Ryan Phillippe playing lead character Bob Lee Swagger, a trained sniper and a former U.S. Marine. As important as his role is, there is another character viewers should be paying attention to, Julie Swagger, who is married to Bob Lee and is also mom to their daughter, Mary. In an interview with Bustle, Shantel VanSanten explains how her Shooter character is more than a wife and mother.

"What attracted me to her was her strength," VanSanten says about Julie. "That’s always the first thing I want when I play a woman, especially in our day and age. I want to play somebody who can stand on her own two feet and I would say doesn’t need anyone or a man to kind of offset her. She’s not a damsel in distress. She’s not at home sitting with a tissue box. She is a mother who has a daughter and had to create a stable home life while her husband was on six tours."

The 31-year-old actor recognizes that Julie has had an emotional and difficult journey, and feels that her character is just as strong as her military hero of a husband. "I always thought of the metaphor of [Bob Lee and Julie] being two tall oak trees," she explains. "As strong as Bob Lee is and as much of a hero and determined [as he is] and the sacrifices he made, Julie did the same thing and she stood next to him with the same amount of strength." She adds, "For me, I really felt drawn to being able to portray that type of woman who is a mother, who is a wife, but is also kind of a single mom living at home and making decisions."

VanSanten says the audience will get to see more about how Julie became so strong and how she got to where she is now as the series goes on. "Throughout the season, we get to see the ways that she did what needed to be done and is still doing that to stand by [Bob Lee's] side and support him in anyway that she can or needs to be."

It's not just that she gets to play someone who is empowering that makes Julie so special for VanSanten, but also the fact that Julie represents the people she sees as heroes: veterans, their significant others, and their families. She explains, "When I took on the role of Julie and decided to do it, I understood who I would be representing. Today in our world we have 21, almost 22, million vets who are alive. That means they have a multitude of family members as well and loved ones. So it is a much bigger responsibility than maybe I even understood at first."

It's something she took seriously, too, as she set aside time to speak to miliatry wives so she could get a better understanding of her character. "As I dove into it, I really felt it and I tried to speak to as many wives, and I spoke to my grandmother, my grandfather fought," she says. "I spoke to my aunts, because my uncles fought. I started to see some similarities, but also how everybody’s story was so different. How they were affected, where they were positioned, or what war they fought was so different, but there are common denominators. "

VanSanten even has her own real-life experience to guide her along the way. "Awhile back, I dated someone who was in the military and it was really difficult for me to stomach when he would leave and the emotions that I felt," she says. "Julie was so opposite of that and so stable and strong and had been through it all."

She realizes she could be playing some major historical figure who impacted the world in great ways, but for her, Julie does that. "I could play Amelia Earhart and that would be incredible, but that’s one human being versus trying to represent and find a voice for so many who have given so much and that we owe so much to," VanSanten notes. "As it went on, that weight doesn’t leave you, even in the structure of a show that’s more of a conspiracy thriller and there’s action and stuff, you still have the weight of knowing that the character you’re representing is a multitude of people."

Even through a series that hugely focuses on Bob Lee being framed for a plot to kill the president, Shooter manages to not only honor veterans and their families, but also feature a badass woman, wife, and mother. That sounds like a winning combo to me.