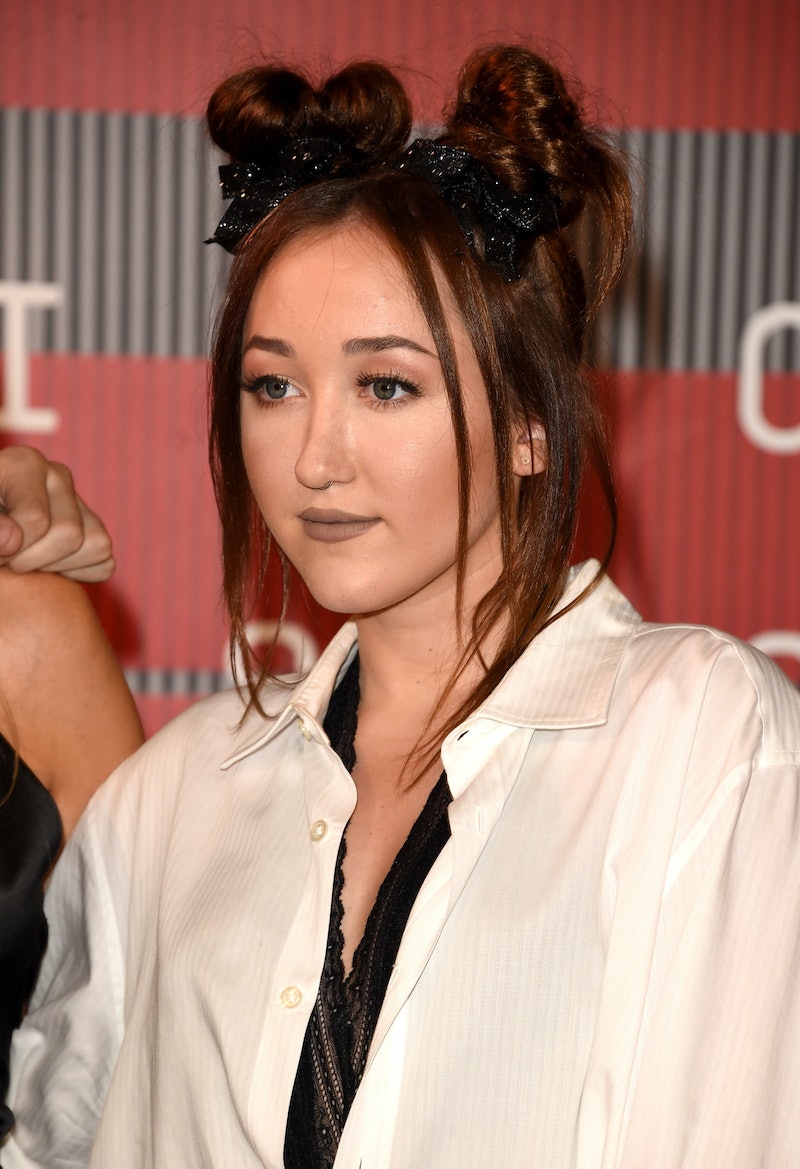 Well, I’ll be a sweet niblet, it looks like Billy Ray Cyrus’ youngest kid is following in his footsteps. On Monday, Noah Cyrus dropped her debut single “Make Me (Cry)” featuring Labrinth. The song is great, I'm all about it, et cetera, but I cannot overstate just how much she sounds like her older sister Miley Cyrus. Like, this the opposite of one of those “oh, one kid got all of the musical talent and the other one sings like a dehydrated goat” situations. Not only does each sister boast a powerful set of pipes, but Cyrus' voice is almost identical to young Miley’s voice. If she recorded a cover of Miley’s 2009 song “The Climb,” I’m not sure I would be able to tell who was responsible for which version. And I say that as a person who still puts "The Climb" on driving playlists. (What can I say? It's an A+ car-singing jam.)

Now, if you are a Hayao Miyazaki fan, there is a solid chance you’ve heard the younger Cyrus sing before: In addition to voicing the title character in the English version of 2008 animated movie Ponyo, Miley’s sister recorded the the theme song with Frankie “The Bonus Jonas” Jonas.

Aw, they grow up so fast, don’t they? One minute, they’re singing about a tiny little fish from the deep blue sea who loves ham, the next, they’re belting it out about crying over someone.

Yes, there is a remix of the Ponyo theme. And it is terrific. The more you know.