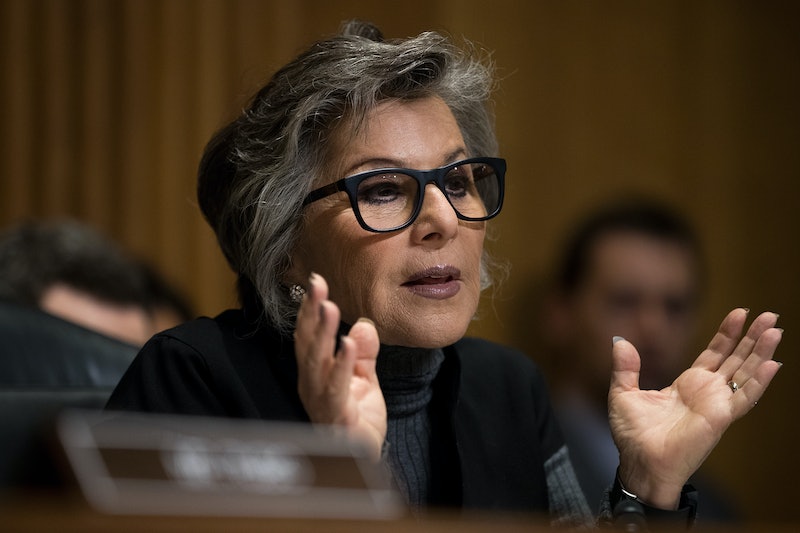 If "one person, one vote" is the law of the land, then how could a candidate lose the popular vote — by more than 1 million votes, no less — yet win the presidency? It's all thanks to the Electoral College, which will supposedly give Donald Trump the presidency after last week's general election. If you've questioned all your faith in the electoral system over the past week, then you're not alone: Sen. Barbara Boxer's new bill would end the Electoral College for good, but only if it actually passes.

A long-serving senator from California, Boxer showed strong support for Hillary Clinton throughout her campaign. Boxer even made an appearance on stage at the Democratic National Convention in July, when Clinton formally accepted her party's nomination for the presidency. In a statement released Tuesday, Boxer attributed her new bill to the unexpected loss that Clinton suffered last week in the way of projected electoral votes.

This is the only office in the land where you can get more votes and still lose the presidency. The Electoral College is an outdated, undemocratic system that does not reflect our modern society, and it needs to change immediately. Every American should be guaranteed that their vote counts.

Trump reportedly lost last Tuesday's popular vote count by more than 1 million votes. It's not the first time that a candidate has lost the general election vote count but won the presidency. In fact, according to Boxer's statement, Trump is the fifth presidential candidate to pull off the puzzling feat, but she's hoping that he'll be the last. Her new bill, introduced on Tuesday, would create a constitutional amendment that abolishes the Electoral College.

Although Boxer's idea may seem to make sense, there are plenty of reasons why it's not a done deal. First and foremost, when is the last time you heard of a constitutional amendment passing? The most recent amendment, having to do with congressional salaries, was ratified in 1992. As Boxer's own statement outlines, the ratification process consists of multiple phases: It has to pass both houses of Congress with a two-thirds vote and be ratified by three-fourths of states. Last week, three-fourths of states couldn't even agree on one of two presidential candidates as polar opposite as Trump and Clinton, so it seems highly unlikely that they'd all of a sudden move to support a radical change to the presidential election process.

Then, there's the harsh reality that Democrats like Boxer face heading into the 2017 session. Republicans secured not just the White House, but they also won majorities in both houses of Congress last week. In other words, it could be hard for Democrats to get anything done in the next session, let alone change the Constitution. Rather, they'll probably have to resort to focusing on how to block the GOP's work. (Not to mention, that's assuming that Democrats overwhelmingly support Boxer in her attempt to change the electoral system. It's not clear that they do.)

As The Washington Post pointed out, there's a precedent for Boxer's bill to fail. Such proposals have not fared well in the past, including failed attempts by senators in 1934 and 1966 to eliminate the Electoral College. If Boxer wants to succeed, she'll have to win over more of her colleagues — namely, more Republicans — than her predecessors did, an uphill battle, no doubt.