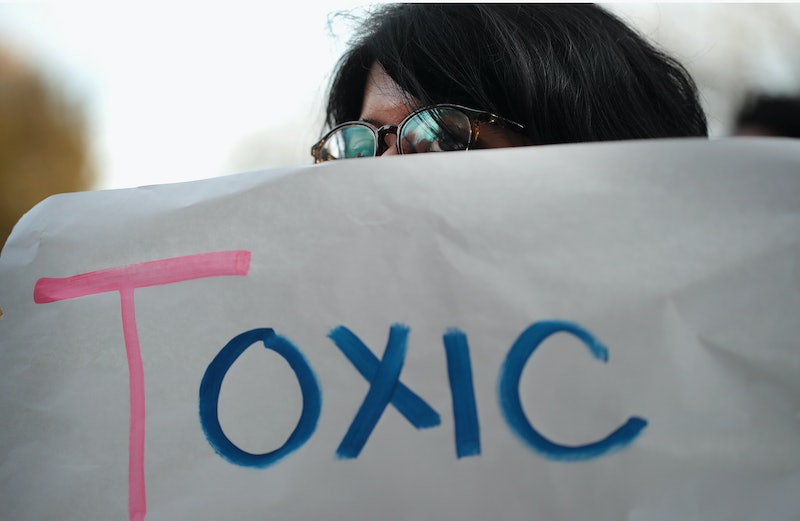 That Donald Trump's presidential campaign brought out some of the worst parts of the American electorate is by now a well-established fact. But beyond the overt racism of Trump endorsers like KKK leader David Duke, the president-elect provided disparate brands of bigotry and misogyny a central figure around which to coalesce. This loosely aligned cohort has been dubbed the "alt-right." And within alt-right vernacular, there is no greater insult than being labeled a "cuck," so knowing the etymology and current iteration of the word is now a prerogative for anyone who wants to understand today's political moment.

The 2016 presidential election mainstreamed "cuck" in a variety of ways. Anyone familiar with alt-right Twitter trolls will know that "cuckservative" became a favorite insult to throw at any Republican not in the tank for Trump. A portmanteau combining "cuck" with "conservative," everyone from right-wing blogger Erick Erickson to presidential candidate Jeb Bush was gleefully dubbed a "cuckservative." Apparently, these "weaklings" lacked the requisite masculine strength to man up and do the tough work of "real leadership." It's pretty easy to see that when it comes to the alt-right's view of the presidency, women need not apply.

But perhaps no entity was more integral in bringing "cuck" to America at large than the alt-right's media mouthpiece, Breitbart. Taken over by Steve Bannon in 2012, Breitbart transformed from an edgy outlet aligned with conservative ideas to a bomb-throwing website of intentionally controversial clickbait that eventually became Trump's personal cheer squad. Readers may recognize the name Bannon, as he was later appointed as Trump's "Chief Strategist," a move praised by the KKK and the American Nazi Party.

A search for the word "cuck" within Breitbart's site yields about 1,200 results. Alt-right darling and Breitbart writer Milo Yiannopoulos penned his own defense of the term entitled "'Cuckservative' Is A Gloriously Effective Insult That Should Not Be Slurred, Demolished, Or Ridiculed." He claims that his status as a gay man who prefers black partners gives him the exclusive right to claim "cuck" as a wholly acceptable form of shaming. Thoughtful people should have little problem finding reason to disagree. For instance, Yiannopoulos claims "cuck" has become "a byword for beta male or coward." As if those two traits are synonymous, not to mention he clearly associates strength and courage with men and men alone.

Yiannopoulos (better known simply as "Milo") has a long record of defending this type of implicit male supremacy, as does Breitbart altogether. Other headlines include the following, tweeted out by Hillary Clinton during the general election: