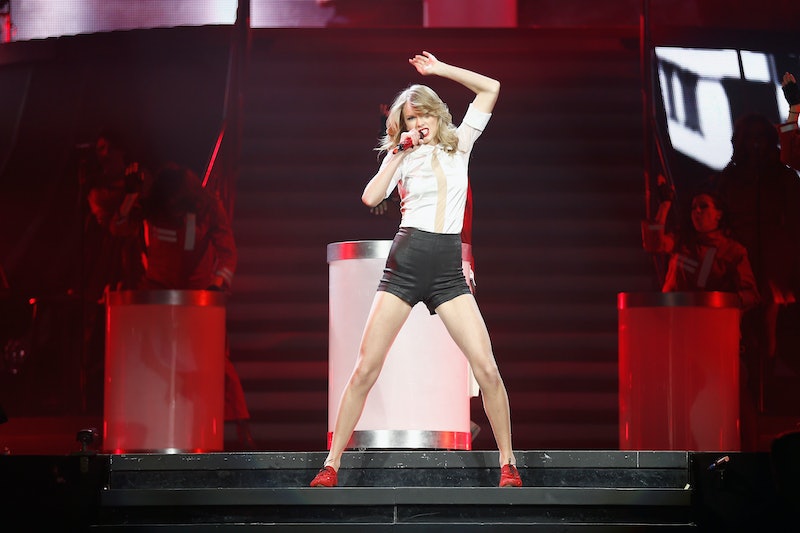 The case of Taylor Swift in the modern pop cultural atmosphere is a complicated one. She's a queen/princess/warrior/superstar when it comes to sheer star power, tours, albums, headlines, etc. In fact, Vulture posited a few months back that she's arguably bigger than other huge pop acts like Katy Perry or even Beyonce (cue gasp). But one thing Taylor Swift has other than an army of celebrity friends and, perhaps more importantly, a huge amount of professional success is a reputation. And that's likely why Swift's been named "Hollywood's Biggest Player" in a recent, very telling poll.

Swift's place at the top of this list is in many ways, well, quite baffling. Has Taylor Swift really had more public conquests than, say, John Mayer? She's certainly been rumored to be in romantic contact with every single male person she speaks to or appears to be in the same room as (although sometimes it doesn't even take being in the same room as them for the rumors to start), but I think it's fair to assume that every single song on her existing albums has not been about a different individual boy.

Still, though, Swift's place at the top of this list — which was voted on by listeners of iHeart radio, aka people the public — is an interesting example of how much more weight a young woman's "reputation" can have on her public image than those of her male counterparts. From that aforementioned Vulture piece:

Bob Dylan is an incorrigible, at times malicious, kisser-and-teller; for decades, rock critics have been quoting with admiration Elvis Costello’s famous dictum: “The only motivation points for me writing all these songs are revenge and guilt.” Drake’s new album Nothing Was the Same is, as usual, a vérité catalogue of his “bitches” and booty calls, in which he goes so far as to name one of his civilian exes, “Courtney from ­Hooters on Peachtree” — a creepier move by far than Swift’s sly swipes at her famous former beaux. It’s hard not to detect a sexist double standard in the policing of Swift’s confessions, especially when you consider the routine misogyny in the songs of rockers, rappers, and woebegone beardy indie balladeers. Taylor Swift is a young woman who dates guys, falls in love, falls out of love, and writes some songs about it. Must we begrudge Swift her muse?

Are we ever going to let Taylor Swift grow into an adult seen for more than who she may or may not be dating? At some point it stops being about her and it starts being about us.