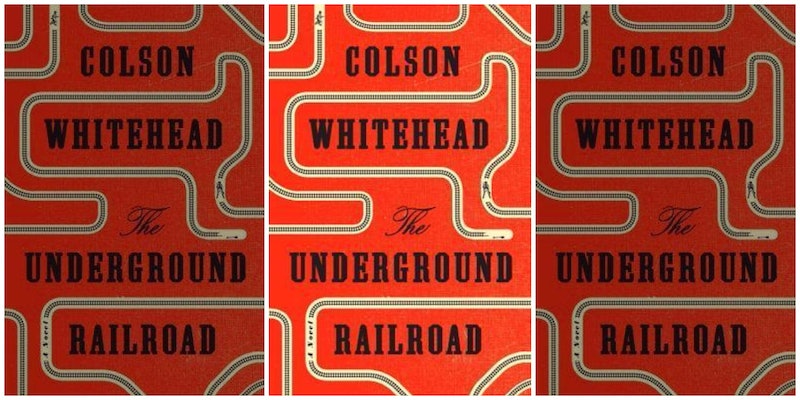 On Wednesday night, the National Book Foundation presented the 67th National Book Awards to the four best American novels of the year at the National Book Awards Ceremony and Benefit Dinner in Manhattan. The four winners — one in each category: Fiction, Nonfiction, Poetry, and Young People's Literature — took home a statue, a $10,000 prize, and an eternal place among some of the finest authors of all time, including William Faulkner, Philip Roth, John Updike, Saul Bellow, Norman Mailer, Flannery O'Connery, Annie Proulx, Alice Walker, and Thomas Pynchon.

As was emphasized throughout the ceremony, books have the power to build bridges, to breed understanding, to spark compassion, to cultivate empathy. America is more divided than ever, but books can and should play a role in the healing of our nation. Lisa Lucas, head of the National Book Foundation, told NPR that she believes "we need to be reading across the lines we've drawn in our lives."

These four winning authors have given their readers a chance to live the perspective of someone else entirely, to see the world from a different point of view, to read across lines. These books deal with race and borders and the things that divide us. Here are the four winners of 2016's National Book Awards:

1. The Underground Railroad by Colson Whitehead Won For Fiction

Other finalists include Chris Bachelder for The Throwback Special, Paulette Jiles for News of the World, Karan Mahajan for The Association of Small Bombs, and Jacqueline Woodson for Another Brooklyn.

2. Stamped From The Beginning by Ibram X. Kendi Won For Nonfiction

Could any book be more relevant? In Stamped From The Beginning, Ibram X. Kendi exposes America's racist past and examines the nefarious ways its alive and well today.

Other finalists include Arlie Russell Hochschild for Strangers in Their Own Land: Anger and Mourning on the American Right, Viet Thanh Nguyen for Nothing Ever Dies: Vietnam and the Memory of War, Andrés Reséndez for The Other Slaver: The Uncovered Story of Indian Enslavement in America, and Heather Ann Thompson for Blood in the Water: The Attica Prison Uprising of 1971 And Its Legacy.

3. The Performance of Becoming Human By Daniel Borzutzky Won For Poetry

In The Performance of Being Human, Daniel Borzutzky exposes the nature of borders through an analysis of the two places that have contributed to his own identity: Chicago and Chile.

Other finalists include Collected Poems 1974-2004 by Rita Dove, Archeophonics by Peter Gizzi, The Abridged History of Rainfall by Jay Hoper, Look by Solmaz Sharif.

Co-written by civil rights activist and Congressman John Lewis, March: Book Three is the culmination of a trilogy that tells the tale of the American Civil Rights Movement through the eyes of Lewis.

Other finalists include Raymie Nightingale by Kate DiCamillo, Andrew Aydin, and Nate Powell, When The Sea Turned To Silver by Grace Lin, Ghost by Jason Reynolds, and The Sun Is Also A Star by Nicola Yoon.