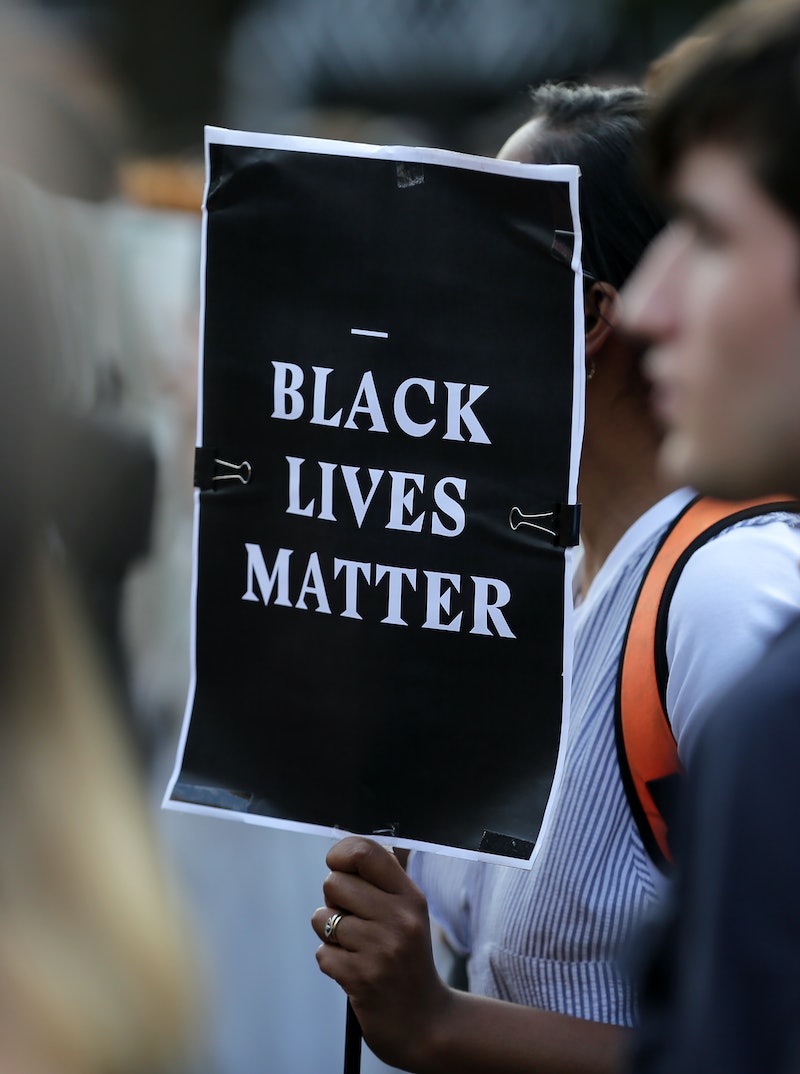 According to reports from the Minneapolis Star Tribune, Officer Jeronimo Yanez has been charged for killing Philando Castile, specifically for second-degree manslaughter. Yanez fatally shot Castile back on July 6, a tragic and incendiary event that took place during a routine traffic stop. Its immediate aftermath was streamed live on Facebook by Diamond Reynolds, Castile's girlfriend. The video inspired protests across the United States, similar to anti-police violence demonstrations in the memory of other black people slain by police in recent years.

In the event that you never saw the video of Castile's death, there's a good chance you might now see it being replayed in the media, thanks to this latest update in the case. If you do, be fore warned, it's extremely graphic ― it is nothing less than footage of a man's violent death, as he bleeds out in the driver's seat of the car from multiple gunshot wounds, while his girlfriend and her four-year-old daughter watch.

Speaking to an assembled throng of reporters, Ramsey Country attorney John Choi announced that Yanez would be charged with second-degree manslaughter for the killing, as "sufficient facts exist to prove" that his use of lethal force was "not justified." He's also being charged with two felony counts of "dangerous discharge of a firearm."

Relative to the Castile shooting, parts one and five of the second-degree manslaughter statute seem potentially relevant ― that Officer Yanez allegedly acted with unreasonable negligence in fatally firing upon Castile, and that he allegedly endangered a child in the process, as Reynolds' four-year-old daughter sat in the backseat the entire time. According to the Star Tribune, this is the first time a Minnesota police officer has been charged for killing a civilian since 2000, a stretch over which more than 150 people were slain by police.