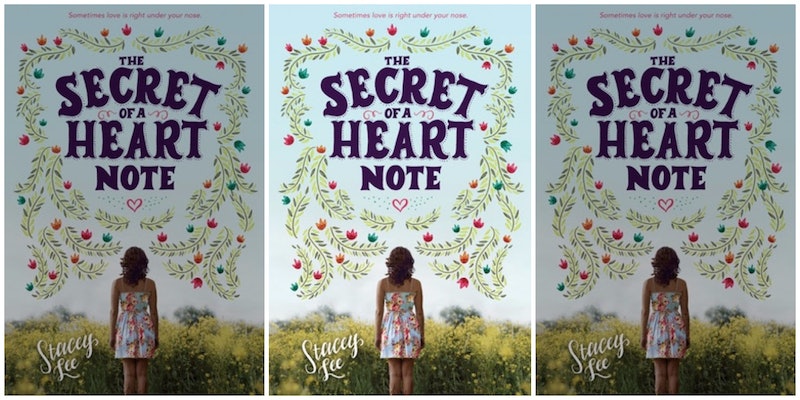 It's somehow already December, which means it's a mad rush to finish your yearly reading goals. But before you put the finishing touches on your checklist of those 2016 novels, the best YA books of December will add a few more to your tally.

Because the final month of the year isn't (usually!) a huge month for new book releases — after all, we all have holiday parties and gift shopping and family/travel anxiety to take all your time and brainpower — December really allows for some smaller publishers to really shine through, which is super exciting. Indie and smaller publishers are showing us some incredible stories about a summer camp for at-risk teenagers, a group of teenagers who use high-octane sports for social activism (which BTW already caught the attention of John Legend), an Australian family going through a tragedy, and a teen with suicidal ideation finding reasons to live.

Don't get me wrong, though. There are some huge names dropping novels this month — ahem, Morgan Rhodes is back with book five of the insanely popular Falling Kingdoms series.

So instead of being cranky about snow starting to fall and not being able to leave the house without piling on loads of layers, scarves, mittens, and your pom-pom hat, grab a stack of these YA novels, a cup of hot cocoa, and sit under your coziest blanket to read.

Now that the title has captured our attention, I have even better news: No, this book isn't a history lesson about a president. Much more wonderfully, it centers on teenager Zander Osborne, who meets a boy named Grover Cleveland at a camp for at-risk youth. Together, the two and other kids who face bipolar disorder, anorexia, pathological lying, schizophrenia, and other obstacles use their group therapy sessions to break down and build themselves back up. And as Zander gets closer to Grover, she wonders if happiness is actually a possibility for her after all.

A teenage girl dead-set on committing suicide may find a reason for living after all in Eric M. Chapman's thoughtful, tough, and darkly funny novel. Ellery Stevens survived an accident that killed her younger sister, and both Ellery and her parents still blame her for the death. Since then, Ellery has decided to kill herself, but one attempt changes things: When a gun malfunctions, she returns it to Wal-Mart, and a teenage boy who works there as a security guard figures out what she was using it for and wants to help. Before she can understand entirely what is happening, Ellery starts falling for the boy, Colton, which disrupts all of her plans.

John Legend has already has already signed on to produce the movie adaption of Air, and it's not hard to see why he was so inspired. The story follows 17-year-old Grey, who joins up with other teens to participate in high-octane sports as a way of protest and social activism across inner-city Baltimore. So, yeah it's not hard to see why it feels so culturally in the NOW. Ryan Gattis creates this really thought-provoking meditation on the lines between criminal behavior and activism or protest, and what happens when they start to blur.

Last year's captivating A Thousand Nights was just the beginning of E.K. Johnson's fairy tale-legend re-imagining. Spindle, as you Disney princess fans may have already deduced, will take the same origin story but twist it into a retelling of Sleeping Beauty. As we've come to expect from the acclaimed writer, feminist "princesses" take front and center in the story, but one note: Read the first book before diving in, because some understanding of the original plot will be helpful.

5. Clancy of the Undertow by Christopher Currie (Dec. 13; Text Publishing)

This Australian import has already made waves overseas and is now coming to captivate the States — Christopher Currie's writing has already been compared to John Green, if that's any indication. In the novel, Clancy is living in a small, poor, dead-end town in Australia, and she's already an outsider when the whole town turns against her family. During the course of one week, the story shows how her father was in a car accident that killed two teenagers from the community, her neighbor's furious reaction, and how Clancy copes with the tragedy and ostracizing with her sharp, raw humor. It feels realistic, opting for an honest portrayal rather than the glossed-over version of teenage life, friendship, family, and love.

Morgan Rhodes is back with fifth installment of her beloved Falling Kingdoms series, just in time for you to cozy up with it in the winter weather. The high fantasy series has enchanted, oh, just about gazillions of voracious readers, and they won't be disappointment with this next book. There's the magic, action, and (duh) romance you've come to expect from the series, and really, I don't have to be selling you on this because you're probably already waiting eagerly for it, aren't you?

7. The Secret of a Heart Note by Stacey Lee (Dec. 27; Katherine Tegen Books)

Stacey Lee has been a busy bee this year with her second YA novel in 2016, after Outrun the Moon. The Secret of a Heart Note is the semi-magical love story you need this holiday season, even if it skews a tad younger than standard YA fare. Mim is a potion master, but not like Hogwarts-style. She can mix elixirs and aromas that will make people fall in love, more Love Potion No. 9-style. Things go awry when Mim accidentally gives one of her elixirs to the wrong woman, and she learns a serious lesson about what it really means to fall in love.

8. Ever the Hunted by Erin Summerill (Dec. 27; HMH Books for Young Readers)

Britta Flannery's father is a straight legendary bounty hunter, and she's doing her best to follow in his footsteps with her own bow and arrow, Katniss-style. But then her entire life changes when he's murdered and she's caught poaching by the king's guard in the Ever Woods. You see, the kingdom has never really supported Britta because her mother was from a rival land. Still, she's offered a deal: Her life in exchange for her hunting down her father's killer. There's only one problem: The alleged killer is Britta's BFF and secret love Cohen Mackay. Now, she falls into a world of conspiracies and danger as she tries to clear Cohen's name and find the true killer in this totally romantic adventure story.