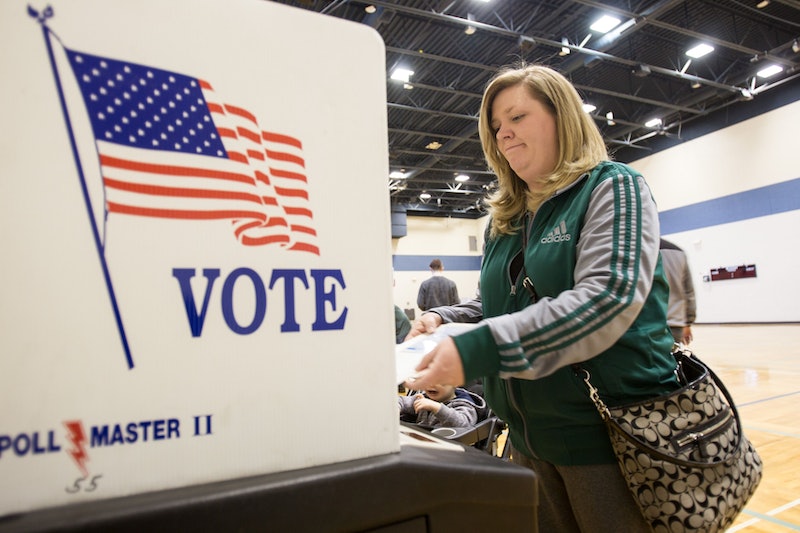 From my perspective, the Electoral College has been the pits for a while. But with last week’s split between the Electoral College and the popular vote, which handed the presidency to His Orangeness Donald Trump, was a fresh reminder of what a huge insult it can be to We the People. There may be hope, though. This week, outgoing California Sen. Barbara Boxer introduced legislation to amend the U.S. Constitution and abolish the Electoral College. While it has little chance of passing, it’s important that we keep the discussion around the problems with the Electoral College alive, and start figuring out how we will ultimately rid ourselves of it.

The framers made amending the Constitution pretty difficult. Boxer’s bill will need to get two-thirds support in both the House and Senate before going to the states, three-fourths of which will need to ratify it. The likelihood that Republicans, who won the White House because of the Electoral College system, will be ready to jettison it is slim. The significance of Boxer’s bill is that it reminds us that we don’t need to be bound forever by a system set up hundreds of years ago. But changing it will take strength — and more importantly, patience and persistence.

Indeed, the Democrats should embrace abolishing the Electoral College with the same gusto that the Republicans approached repealing Obamacare during Obama’s presidency. They knew it would never make it past a veto, but they did it anyway as a symbol of their fight. A similar dedication to the cause is required by Democrats, not only because they’ve now been slighted twice in 16 years by an institution that was created more than two centuries ago to empower slave states, but also because the best way to prepare for the next election is to keep people mad, and to remind their voters that the cards are stacked against them.

But this shouldn’t be the only avenue that the Democrats pursue. They should be targeting state legislatures that are primed to support and help enact the National Popular Vote Interstate Compact, a clever workaround to the difficult process of amending the Constitution.

They should be trying even wilder ideas. For one, lately, I’ve been wondering how the Electoral College squares with the Equal Protection Clause, given that it dramatically inflates the value of the voters of some states while diluting the power of voters in others. Surely, the framers of the Constitution didn’t intend for one Wyomingite's vote to effectively have the same power as 3.5 Californians', as Slate's Chris Kirk explained in a handy-dandy map. While I doubt the Supreme Court would rule the Electoral College unconstitutional (due to the Fifth and Fourteenth Amendments), I’d sure love to see someone put the question to them.

What matters is that we keep talking, keep shouting about the injustice that the Electoral College is. Boxer’s bill is the first verse in what needs to be a long and loud song. Let’s make sure we keep it going.