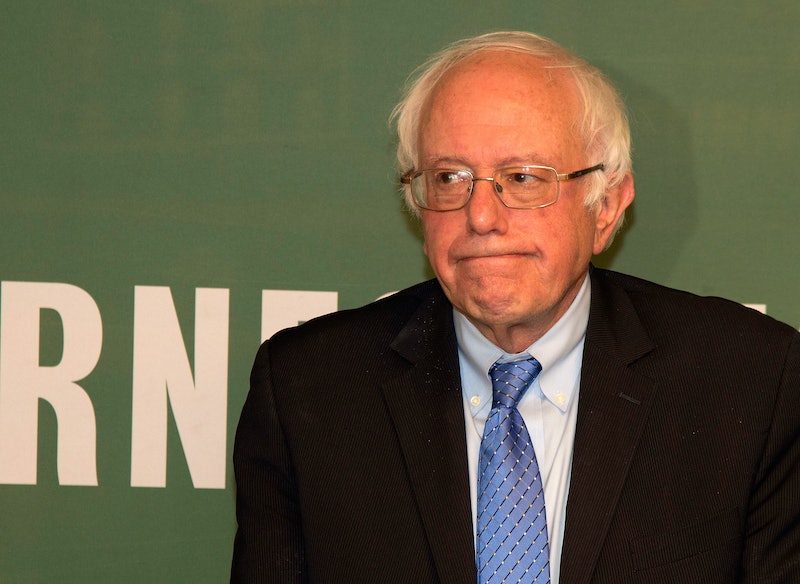 Vermont senator and former presidential candidate Bernie Sanders released a statement Wednesday condemning President-Elect Donald Trump's decision to hire Steve Bannon as a top advisor. Bannon was the former chairman of the alt-right news website Breitbart, which during his tenure was accused of racism and misogyny over many of its posts. In response to the announcement, Sanders called Bannon "a racist individual," and called for Trump to rescind the appointment:

This country, since its inception, has struggled to overcome discrimination of all forms: racism, sexism, xenophobia and homophobia. Over the years we have made progress in becoming a less discriminatory and more tolerant society – and we are not going backward. The appointment by President-elect Trump of a racist individual like Mr. Bannon to a position of authority is totally unacceptable. In a democratic society we can disagree all we want over issues, but racism and bigotry cannot be part of any public policy. The appointment of Mr. Bannon by Mr. Trump must be rescinded.

Under Bannon's leadership, Breitbart has published a large number of highly controversial articles, including one bizarre piece calling on readers to fly the Confederate flag "high and proud" just after the murders of nine black South Carolinians by a white supremacist. In response to police shootings of unarmed black men, Bannon implied that black people are "naturally aggressive and violent." Bannon's ex-wife alleged that he said he didn't want his children to attend school with Jewish students, though Bannon has denied this. He has also called feminists "a bunch of dykes that came from the Seven Sisters schools," and under his tenure, Breitbart warned that birth control makes women "unattractive and crazy."

Sanders' condemnation of the Bannon appointment adds to the chorus of politicians and pundits who have criticized Bannon, including Nevada senator Harry Reid and The New York Times editorial board.

The comments are also the latest instance of Sanders criticizing Trump, whom he has promised to "vigorously oppose" if Trump "pursues racist, sexist, xenophobic and anti-environment policies." Sanders also recently spoke out against Trump's decision to include corporate lobbyists and consultantsin his transition team, which some perceived as backpedaling on Trump's "drain the swamp" promise to work without Washington elites.

However, it's doubtful that Sanders' rebuke will convince Trump to rescind the appointment. On Tuesday, 120 members of Congress signed a mass letter demanding that Bannon be removed, and Trump shows no signs of wavering as of yet.

More like this
Harry Styles Called For "Backlash" In Powerful Statement On Abortion Rights
By El Hunt
How To Fight For Reproductive Rights, Based On How Much Time You Have
By Courtney Young
LGBT+ Men Fleeing Afghanistan Were Denied Asylum By The Home Office, New Findings Show
By Sam Ramsden
10 Times Boris Johnson Got It Wrong On Trans Rights
By El Hunt and Sam Ramsden
Get Even More From Bustle — Sign Up For The Newsletter