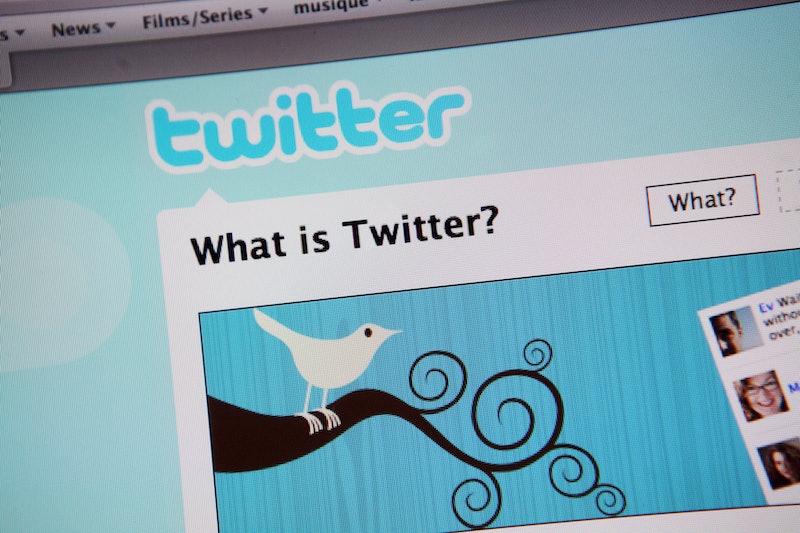 On Tuesday, several members of the alt-right went to go do their hateful thing on Twitter, only to find their accounts had been suspended. In a report published Wednesday by USA Today, Twitter suspended the high-profile alt-right accounts, citing only their rules on targeted harassment and abuse by way of explanation, saying "we will suspend accounts that violate this policy." In other words, #sorrynotsorry.

The move has made the suspended users spitting mad: In an interview with The Daily Caller, suspended user, alt-right writer Richard B. Spencer called the move "corporate Stalinism." Along with his personal account, Twitter also suspended the account of Spencer's think tank, the National Policy Institute, and his online magazine, Radix Journal.

"Twitter is trying to airbrush the Alt Right out of existence," Spencer said. "They're clearly afraid. They will fail!"

Twitter's move raises serious questions about how social media companies should interact with extreme speech, whether they're responsible for policing it, and even if they are, whether it's a good idea to remove them altogether.

Twitter (and other social media companies like Facebook) can do more or less whatever they want — they are companies that can set their own policies and rules.

Moreover, the extent to which Twitter becomes responsible for speech it does not endorse is complicated. Just last month, rumors swirled that Twitter was about to be acquired, but allegedly, no suitors called, and some wondered if Twitter's inability to moderate the hate speech in its feeds turned off buyers. Bloomberg reported that Walt Disney Co. decided not to buy Twitter "partly out of concern that bullying and other uncivil forms of communication on the social media site might soil the company's wholesome family image." The Bloomberg report also noted "Disney's discomfort with abuse on the site indicates that it's a larger problem for Twitter's business prospects than its executives imagined."

Free-speech absolutists should be uneasy at the suspension of accounts. Indeed, even though this election has been painful for many who have been targeted by the president-elect's sexist, racist, and anti-immigrant campaign rhetoric, there may be value in the extent to which it surfaced a line of thinking that many on the left thought we had put behind us. Silencing hate speech could just be a way of insulating ourselves from people who don't agree with us. Even more disturbingly, at this moment, many people disagree, politically speaking, with the people Twitter has removed; but what if at some point we're at odds with the political leanings of the social media company?

Ultimately, if the suspended users violated the rules Twitter set out, it is incumbent upon Twitter to enforce those rules. Still, just because we can't see the hideous anger of the alt-right doesn't mean we should forget that it's still there.

More like this
How To Support Gun Control Reform Right Now
By Morgan Brinlee and Carolyn Steber
Using Your Pet’s Name As A Password? Here’s Why You Might Want To Change It
By Cristina Sanza
Taylor Swift, Kerry Washington & More Speak Out On Uvalde Mass Shooting
By Jake Viswanath
7 Gun Control Advocates To Follow On Twitter
By Madhuri Sathish-Van Atta
Get Even More From Bustle — Sign Up For The Newsletter