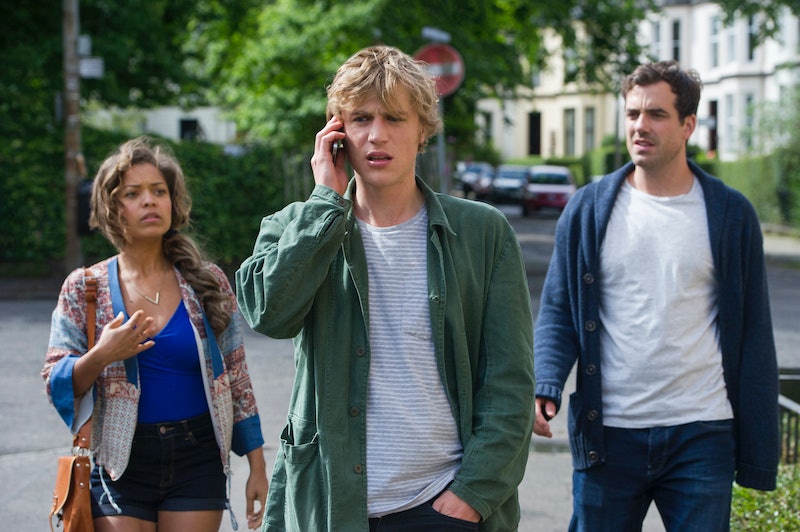 In case you need something romantic and British to bridge the gap between The Crown and Gilmore Girls: A Year In The Life on Netflix, a certain series is returning just in time for Season 2. Will Lovesick get a Season 3 after that? The show, which was previously titled Scrotal Recall, is returning for Season 2 on Nov. 17 and it could definitely come back for more.

Personally, I preferred the old title, but I understand that the original title turned potential fans off. I would ask them to up their pun game, but it's too late now. Nothing about Lovesick's path to Season 2 is normal. While it premiered in the UK in October 2014, the romantic comedy series dropped on Netflix in April of 2015. Almost a year later, in March of this year, Netflix renewed the series — and both the title change and the premiere date were announced in July. Truly, in terms of speculating about a potential Season 3, all bets are off. Perhaps, now that Netflix has taken more control of the series, the decision will be made a little faster.

Basically, if you love the show and want to see Season 3, tell your friends to watch! Let them know that it doesn't have a scary (and hilarious) title anymore!

If you haven't seen Lovesick, or need help convincing others to get on board, here are some reasons to check it out.

The Series Is Short

Look, I'll be honest. There's a lot of television these days, and reccmendations from friends can start to feel like homework. For that reason, I'll start with the fact that Lovesick Season 1 only has six half-hour episodes, and Season 2 will only have eight. That is an extremely managable commitment.

It Plays With Time

Lovesick is about what happens when a guy named Dylan learns that he has chlamydia. Since he has to visit or contact al of his past sexual partners, each episode involved a flashback — and the complex lives of Dylan and his frends get filled in as the show goes on.

There's A Love Story To Root For

It won't be long until you start 'shipping Dylan and Evie, and trust me... the Season 1 cliffhanger will take your breath away.

Does that go without saying, considering the subject matter? The three main characters are relatable and modern. The fact that they're English and not Brooklyn hipsters also makes it refreshing for me, at least.

You know how sometimes comedies make you cry? This is definitely one of them, and in a really good way. The way that How I Met Your Mother (finale frusteration or not) and Parks and Recreation are hilarious, but know how to pack an emotional punch. Lovesick Season 2 promises to be just as affecting as the first part of the story, and hopefully it will continue for years to come.