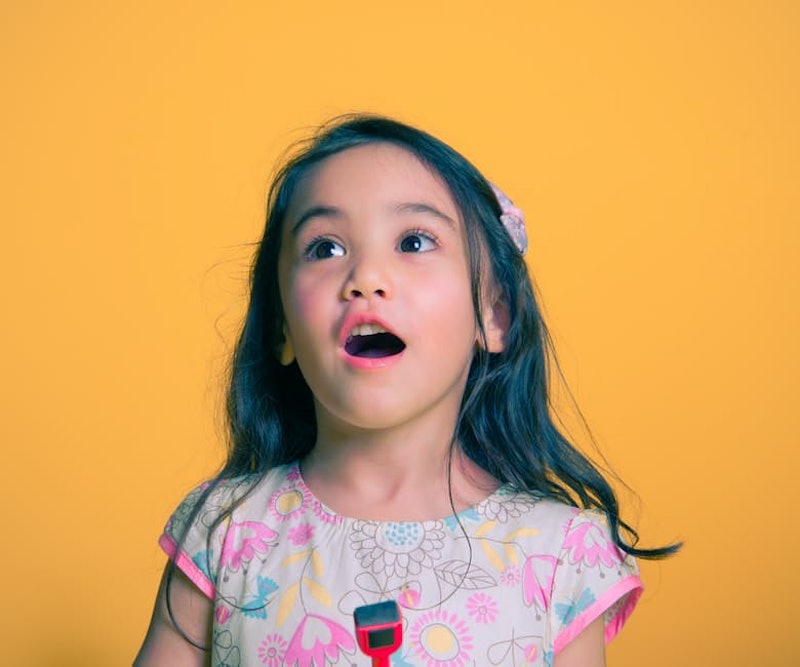 This Saturday, Nov. 19, is one of the adoption community's biggest occasions: National Adoption Day, which is designed to make you look around at American kids in foster care who need adoption and think, "Huh, I could totally do that." Right now, there are more than 100,000 kids in foster care across America waiting for their forever families; but they often get overlooked or put to one side, along with children who might be adopted using other channels, because of myths about how adoption works, how it affects kids, and what its realities really are.

Nobody is going to tell you that adoption is easy, but it can be a lot smoother than you think, particularly if you go domestic and use the foster care system. The process from beginning to think about foster care adoption to actually taking home a child often takes between nine and 18 months, and as we'll discuss in more detail later, can cost almost nothing at all; the primary cost is human effort and willingness to jump through the many required hoops to determine your fitness and help your child adjust.

No, an adopted child is not automatically going to need therapy; no, their birth parents cannot just turn up and take them back; and no, you aren't barred from adopting if you're single or ill or over a certain age. A lot of adoption myths need to be busted; let's get started.

This is an interesting and damaging belief, and the reality is complicated. Studies have indicated that adopted children are more likely to be diagnosed with disorders like ADHD, but we're not sure whether that's because adoptive parents are often highly educated and wealthy, and therefore more likely to seek treatment for a child's behavior than the general population. There's a bit of disagreement about this; some scientists believe the data indicates that there really is more of a prevalence of disorders among adopted kids, but others aren't so sure. It's complicated by the fact that, according to a study in 2014, doctors tend to diagnose adopted kids in ways that are influenced by their pasts; saying that they have attachment disorders related to relationships with caregivers, for example, instead of straightforward autism or anxiety.

It's also important to put this in context. While there is evidence that, for instance, young adopted children tend to be more likely to exhibit problem behavior in preschool (according to a study in 2015), the difference between adopted kids and ones with both or one biological parent isn't whopping. A lot seems to depend on the specific child and their experiences in their formative years; adopting children from foster care, for instance, does require an understanding of trauma in children, as "the very act of being put in foster care is traumatic for children, because it means the loss of their birth family and often friends, schoolmates, teachers, and everything that is familiar," according to AdoptUSKids. If you are considering adopting a child, you'll likely be given resources on how to deal with the potential after-effects of trauma in your child's previous years; the U.S. Children's Bureau, for instance, has a lot of information and help.

There's also an interesting point to be made about the definition of "special needs" within the foster care system. To qualify as a "special needs" child can, in some cases, mean something like being an older sibling, having a particular ethnic background, or being part of a group that can't be rehomed separately. It does also include physical and mental disabilities, but don't see the word and immediately go straight to that definition.

In reality, there's quite a lot of help for adoptive families who want to make the leap. International adoptions are more expensive than domestic ones, but there are a lot of areas in which people seeking to adopt can find financial respite. The latest figures on adoption can be pretty steep: it's estimated that a domestic adoption can cost $8,000 to $40,000, while an international one can go from $15,000 to $30,000. A lot of that money involves paying professionals to do the paperwork, lawyers, and travel. It's a big deal, but you can find resources to help you.

According to adoption organization Show Hope, "Adoption costs can often be offset by state and federal tax credits, subsidies offered for adoptions through foster care, adoption fee benefits provided by employers, sliding scale fees by agencies based on a family’s income or ability to pay, reimbursements for adoption costs for those serving in the armed forces, adoption aid grants, and low interest loans." Also, it depends on the route that you take; adoptions from foster care cost a lot less than other kinds, and often the costs involved are fully reimbursable.

"You Have To Be A Perfect Married Couple To Adopt"

Nope. You don't need to be some outtake from Leave It to Beaver to qualify for adoption. You can be a different race, religion, or culture than the child; you can be single; you have to be over 25 to adopt from another country, but don't have to be married; in 17 states you need to be a resident of the state to adopt a child from there; and there is no official rule about an upper age limit for adopters. You can adopt if you already have children, if you have a medical condition (as long as a doctor has said it won't prevent you from parenting), if you're on a fixed income, and in many other circumstances.

The real obstacle faced by some families is being LGBTQ, infuriatingly, and that's only in some states in the United States; the ACLU is a good resource for the current state of affairs in your region and what your legal options are.

"Open Adoption Means Kids Can Be Taken Back"

This might confuse you if you don't know the lingo. For the uninitiated, "closed" adoptions are ones in which the adoptive family has no connection to the birth family, and "there is no interaction of any kind between birthmothers and prospective adoptive families. This means that there is no identifying information provided either to the birth families or adoptive families," according to the American Pregnancy Association. The process of open adoption, by contrast, "includes the birthparents and adoptive parents meeting one another, sharing full identifying information, and having direct access to ongoing contact over the years," in the words of Children of Open Adoption.

There are advantages and disadvantages to both situations, but there's a myth that birth parents, if they're allowed to be involved with the adoptive families of their children, have the right to "take back" children if they "regret" giving them up for adoption. However, there's a misconception underlying this, as Shannon Cate pointed out for last year's National Adoption Month; the children who are reclaimed by their families are almost universally ones for whom the adoption process hasn't yet been legally completed. Finalized adoptions are pretty legally airtight; even if the adoptive family maintains a relationship with the birth mother or parents, they can't just up and take the kid back at any point. That would be, literally, kidnapping.

"Overseas Adoption Is Easier And Preferable To Domestic Adoption"

Media coverage, both of celebrities and within entertainment, tends to emphasize foreign adoptions by American families. From Angelina Jolie-Pitt and Madonna to the fictional kids adopted from Vietnam (Modern Family) and China (Sex and The City), the public perception of adoptions across the United States is often dominated by kids from overseas, leading to ideas that the process must be easy, or that domestic adoptions are somehow less preferable. It's not a valid myth, though.

The reality? Adopting from overseas isn't easy, and domestic adoptions continue to very much exist; in fact, according to the figures collected by the Adoptive Families organization, domestic adoption in the United States outstrips overseas adoption considerably, though various factors have led to a decline in the amount of available American children for adoption as newborns. (We're less worried about single-parent families, for one, and abortion is more widely available.)

Also, overseas adoption can cost anything upward of $20,000, though the cost can go up depending on the countries and organizations involved; there's no central adoption agency monitoring these things, though it's all governed by the Hague Convention from 2007. In 2015, only 5,647 children were adopted from other countries by American families. So don't believe that your first and only option is to head overseas. It can be a very rewarding route, but there are American children waiting for adoption too.

More like this
10 Times Boris Johnson Got It Wrong On Trans Rights
By El Hunt and Sam Ramsden
The UK's First LGBTQ+ Museum Is Finally Opening
By Sam Ramsden
'Heartstopper's Kit Connor Called Out Twitter For Making Assumptions About His Sexuality
By Nola Ojomu
Are Gemini & Scorpio Compatible In A Relationship?
By Kristine Fellizar
Get Even More From Bustle — Sign Up For The Newsletter