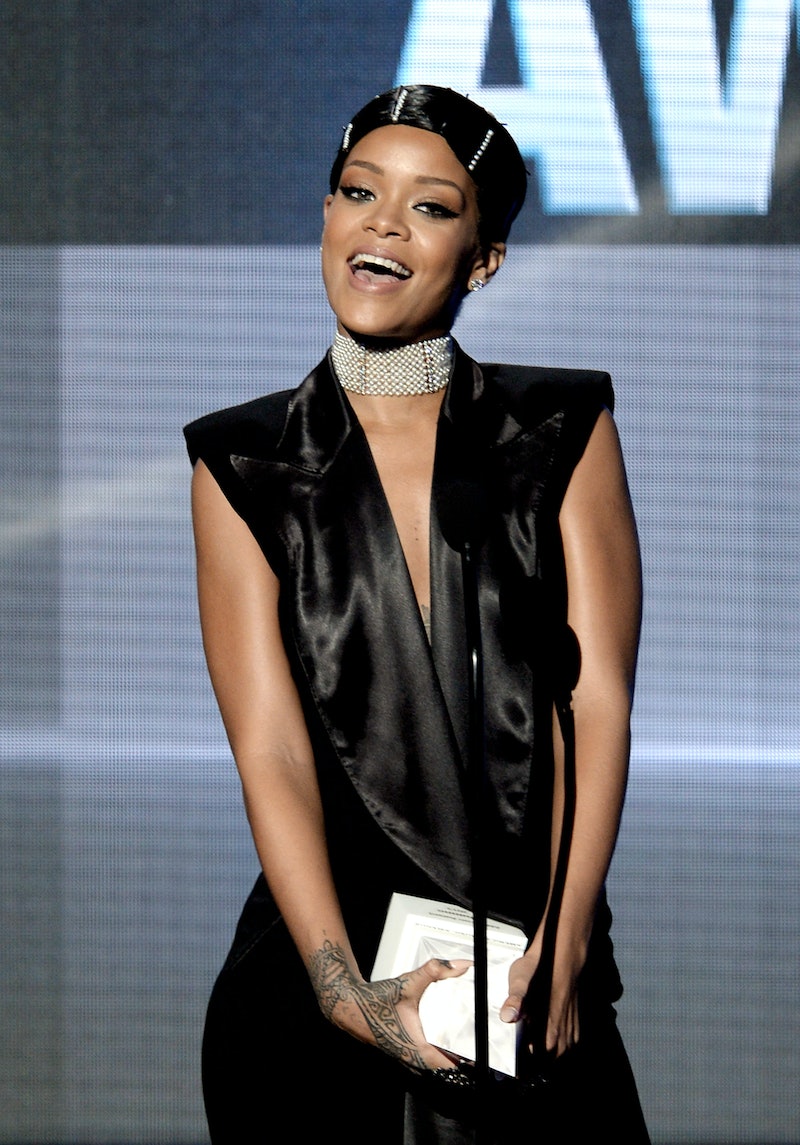 Rihanna's absence was felt and her presence were certainly missed at the 2016 Met Gala, since she is always one to watch at a red carpet event. The singer broke our hearts again, as Rihanna skipped the 2016 AMAs. I was hoping she would turn up at the AMAs and that her outfit would fill the gaping void she left in our fashion-loving lives and hearts earlier this year with her no-show at the Met! We can't blame her for her MIA Met status, though! Rihanna didn't ditch the Met Gala arbitrarily. Rihanna skipped the 2016 Met Gala because she was on tour. We're not quite sure why she missed the AMAs, especially since she was nominated for Favorite Pop/Rock Female Artist, which she lost to Selena Gomez, and for Artist of the Year, which she lost to Ariana Grande, and she's not actively touring.

The actor, who is also going to appear on Bates Motel , and Puma creative director made headlines a few years back with her unforgettable ensemble at the AMAs. In 2013, she wore a super sexy, abdomen-revealing black ensemble and a doobie wrap on her head. At the time, her stylist explained to ELLE the origin and history of the doobie wrap, noting that it was something women wear at home to prolong their hairdos. But Rihanna wore it as an accessory. According to ELLE, the doobie wrap was Rihanna's idea.

More like this
Doja Cat Wore Surrealist-Inspired Schiaparelli To The BBMAs
By Dominique Norman
Machine Gun Kelly Wore A $30K Diamond Mani To The BBMAs
By Paris Giles
How To Master Baby Braids, According To TikTok
By Tomi Otekunrin
All Of Kourtney Kardashian’s Wedding Dresses
By Allie Fasanella
Get Even More From Bustle — Sign Up For The Newsletter