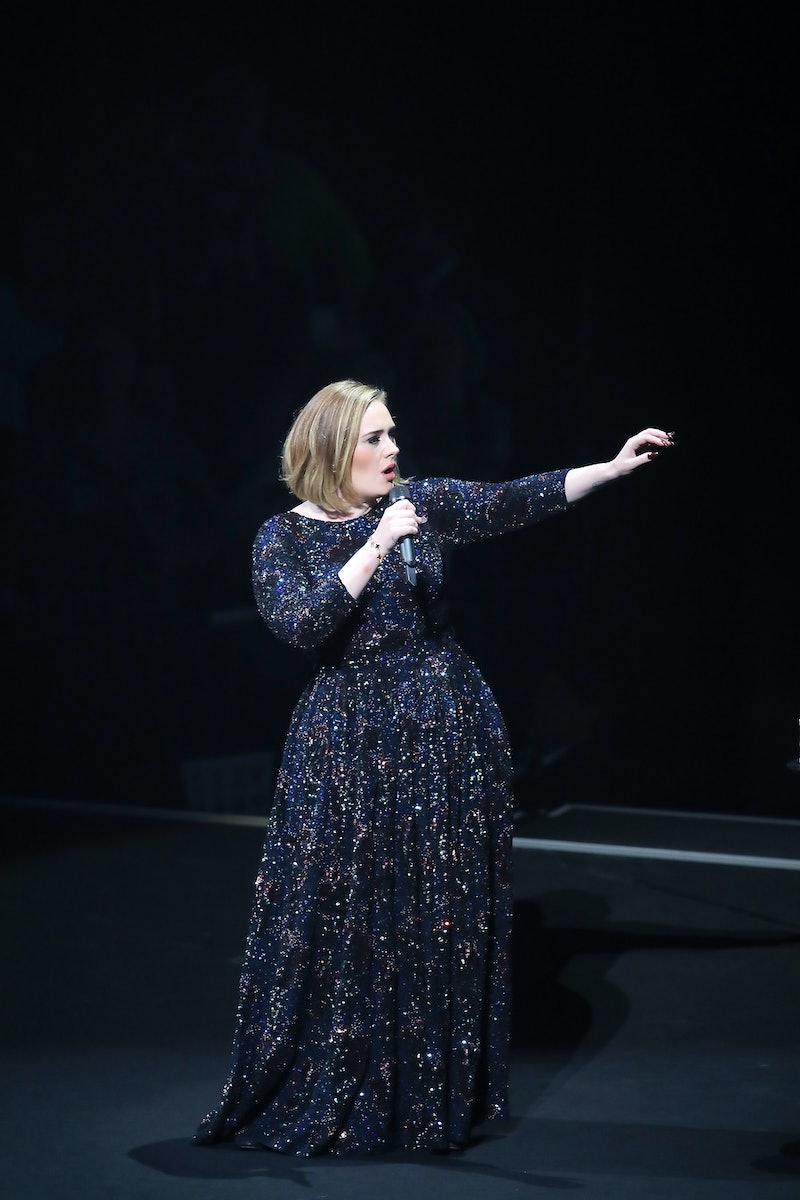 If you have ever tried to get tickets to Adele's highly sought after concert, then you know how much of a privilege it is to actually secure them. Because, you know, I have failed on three separate occasions after wasting hours of my life trying to get them. Can you sense my bitterness? The point is, no matter how much money or time spent, going to Adele's show is always worth it. Yes, because she's an unparalleled singer, but also because she just goes with the flow. Her show has had its fair share of entertaining yet impromptu moments, but the latest one might be the greatest one. As E! News reports, Adele faced down a rogue bat at her concert, and, well, it was everything.

Now, I'm not so sure what I'd do if I was on stage and a bat flew into my concert. Though I am wagering that my first instinct would probably be jump off said stage and take cover. Also, I don't think I'd be quite as gracious about the intrusion as Adele was. And, by gracious, I mean laughing and maintaining a terrified yet upbeat discourse with the audience that didn't include inciting panic and despair amongst the arena. OK, actually, maybe just a little bit of panic.

But we can cast the minor panic aside to focus on how well she pantomimed a bat taking flight. Seriously, she's probably excellent at charades. Also, to be fair, the singer was somewhat of a hero. She warned the people in the surrounding area of the bat's whereabouts so that they could attempt to either flee or protect themselves from some scary wing fluttering (because, what else do bats even do to you?).

All in all, she managed to find her resolve with the Adele Live interloper despite being spooked. Though it most certainly did add some color to her already captivating show.