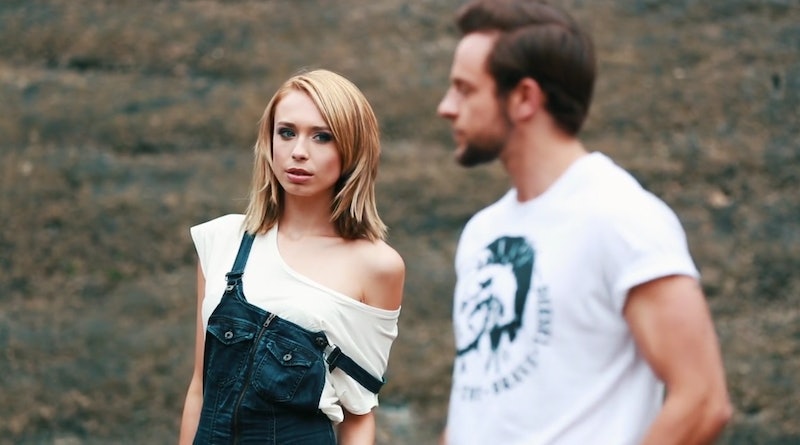 Diesel's collaboration with online German brand About You is getting major attention this week, thanks to the drop of its behind-the-scenes collection launch video — and enthusiasm for two of the Diesel x About You collection's transgender models, who took to Instagram to share their enthusiasm for the project. Loiza Lamers and Benjamin Melzer both shared shots from the Diesel x About You photoshoot, with the mutual caption, "Proud to Represent who we are and what we do with @diesel X @aboutyoude."

Lamers, a Dutch model who walked at Amsterdam Fashion Week and is the first trans person to win Holland's Next Top Model , can be seen posing against an urban-industrial backdrop alongside Melzer, who became the first FTM cover model for Men's Health Germany in April 2016.

"Transgender models Benjamin Melzer and Loiza Lamers were chosen because they perfectly support the brand’s attitude: free-spirited, against all odds and fresh young minds. We as Diesel always support diversity in all its forms," a spokesperson for Diesel says to Bustle via email.

In an interview with Mic, Melzer said, "Diesel contacted me for a campaign around the same time Loiza and I were planning on doing a concept shoot to raise awareness to create more opportunities for transgender models in campaigns for major brands...Diesel heard the idea and loved it."

This isn't the first time Diesel has cast a transgender model — 23-year-old trans model Stav Strashko starred in the company's Spring/Summer 2016 campaign — and hopefully it won't be the brand's last. While trans models have been advancing in the fashion field, with five trans models walking in the Spring 2016 Fashion Weeks, and eight models walking in Fall 2016, transgender folks only make up .06 percent of all model appearances, according to The Fashion Spot.

Melzer told Mic he hopes the photoshoot will make people see that trans folks are here to stay.

"Well, as you know, the transgender community has been getting a lot of attention the past few years which is a good thing, but it's so important right now that we continue to strive and work hard to break through that glass ceiling so transgender men and women are not seen as a fad or hype. We are real people with real professions and should be allowed the same opportunities as everyone else," he explained.

With these two stunning models' work on Diesel x About You, that glass ceiling has definitely cracked a little more.