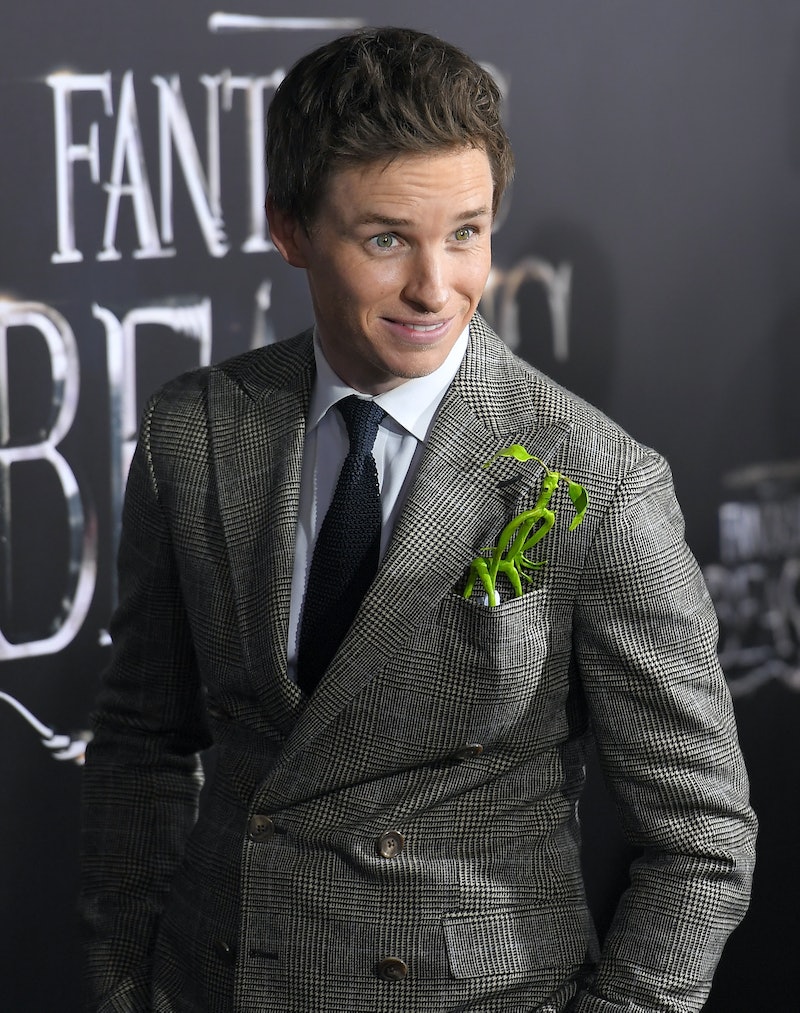 Remember the time that Taylor Swift and Eddie Redmayne were rumored to be a couple? No? Neither do I. But apparently it was a thing, because the Fantastic Beasts and Where to Find Them actor just commented on the rumors on Wednesday night's episode of Watch What Happens Live.

"I absolutely can put the rumors to rest," Redmayne said, responding to a caller who needed to know if he ever actually had a romantic relationship with T. Swift.

"I never went out on a date with Taylor Swift. Although I met Taylor Swift," Redmayne clarified. "She auditioned for Les Miserables and she was amazing in the audition. We got to sing together, which was a big moment for me. But no, we never went out." (In case you forgot, the "Out of the Woods" singer auditioned for the role of Eponine for the 2012 film. And while I love pretty much everything that T. Swift does, that part was definitely better suited for the actor, Samantha Barks, who got the role.)

Now, the reason why no one even seems to actually remember these rumors in the first place is because the rumors themselves never even really took off.

The rumors popped up all the way back in February 2012 (literally almost five years ago), when the two reportedly "hung out in New York City with the movie's execs. And Taylor developed feelings for him fast," an insider told Us Weekly at the time.

"Taylor loved this image of a British boyfriend," the source continued. And while Redmayne denied this ~relationship~ ever happened in the first place (Bustle has reached out to Swift's rep for comment, but has not heard back), that's the one thing I can actually see being true — the British boyfriend comment, that is. Because, as we all know, Swift then went on to date Harry Styles in late 2012, and Tom Hiddleston in the summer of 2016. Of course, just because the girl may have a thing for British guys, doesn't, by any means, mean that she actually dated the actor. Especially because he denied it.

Still, it's never too late to set the record straight — and almost five years after the rumors got started, it's clear that Eddie Redmayne did just that. R.I.P. Swiftmayne: The couple that never actually existed.