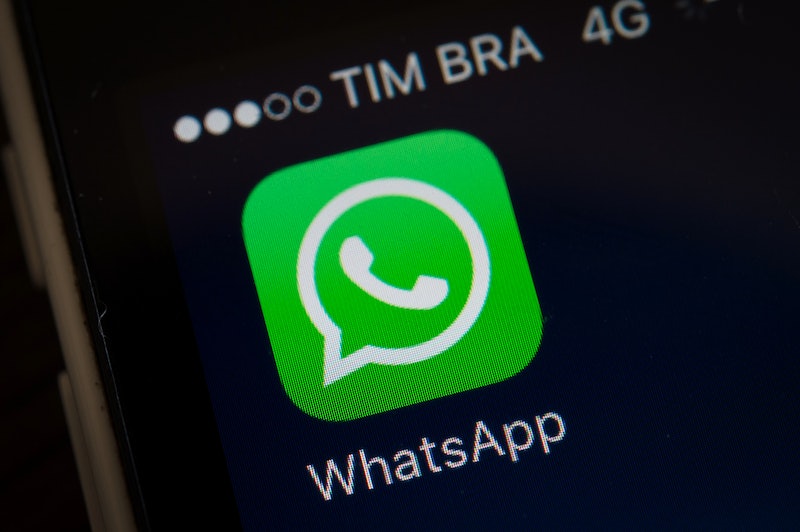 If it's one thing we need more of in our tech-obsessed lives (besides better Wi-Fi everywhere that is also ideally free), it's the ability to video chat and video chat well, dang it. So when I heard the news that WhatsApp video calling was on the way, I mentally jumped for joy. I welcome more options, especially seeing as WhatsApp is thought to be the world's most popular messenger app according to Business insider, with over half the globe using it. Seeing as so many of us are using it all the time for texts and voice notes, it follows that the app should be our go-to for video calls, too.

According to a post on WhatsApp's blog dated Nov. 14, video calling will soon be available on Android, iPhone and Windows Phone devices; however, there's no word as to exactly when it will arrive. (Bustle has reached out to WhatsApp for details and will update this post if or when we hear back.) WhatsApp did provide some more info about the upcoming function on their blog, though, explaining the thought process behind the move to incorporate video into their app: "We’re introducing this feature because we know that sometimes voice and text just aren’t enough," they write. "There’s no substitute for watching your grandchild take her first steps, or seeing your daughter’s face while she’s studying abroad. And we want to make these features available to everyone, not just those who can afford the most expensive new phones or live in countries with the best cellular networks."

Here's what it's expected to look like in action (although, again, we don't know much about how the function will actually work yet):

From what I can deduce, it's going to be super user-friendly; indeed, it looks like it will resemble Facebook Messenger's Instant Video option more than it will Skype. And that's not exactly surprising — Facebook acquired WhatsApp in 2014, remember? WhatsApp has also made moves to become more accessible to everyone in recent years; in January of 2016, for example, they announced that the app would forever be free, and just today it was announced that Facebook would no longer be collecting WhatsApp data in Europe due to privacy concerns.

The app is certainly popular — and speaking personally, once the video function comes into play, you won't be able to get me off it.