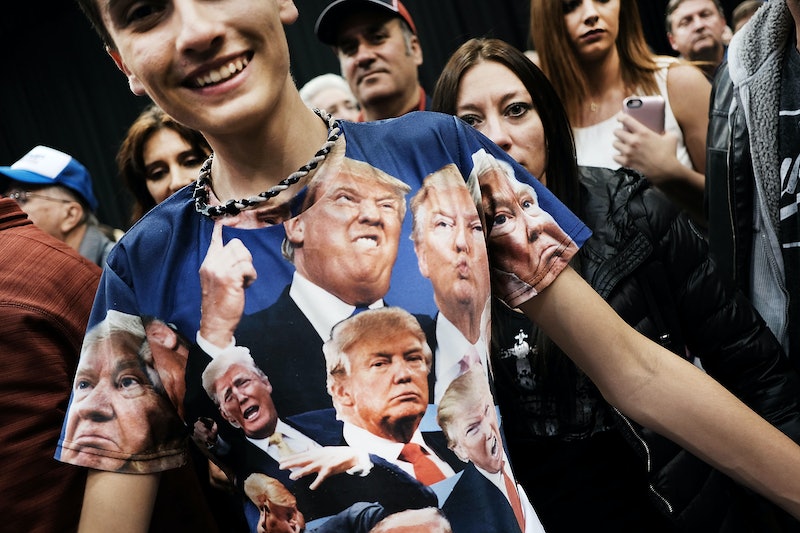 What would you do if someone yelled, "Trump's coming!" at the top of their lungs? Would you scramble toward the nearest exit in a panic? Would you fall to the ground and pretend to be dead until the threat had passed? Both are apparently acceptable reactions if you're a teenager living in the United States. While many voting-age adults are still grappling to come to terms with the fact that a former reality TV star will be taking over the Oval Office in January, teenagers are reacting to President-elect Donald Trump in their own way — they've made him a viral challenge.

While Trump has, to my memory, never inspired a viral challenge before, he's no stranger to them. In 2014, he challenged President Barack Obama and his sons Donald and Eric to the Ice Bucket Challenge just before directing Miss Universe and Miss USA to douse him in Trump Ice (great product placement, by the way). As keen as Trump might have been to participate in the Ice Bucket Challenge, I'm not so sure he'll be as eager to organize a Trump's Coming Challenge.

For those not totally clued in to Generation Z, let me give you a quick explainer of what the Trump's Coming Challenge is. The rules of the challenge seem simple:

Here's an example where teens let an adult participate.

Here's an example that shows one student tripping in a way that has me slightly concerned for participant's safety.

Leave it to teenagers to find a fun way for all of us to express our complete and utter frustration with the recent election outcome.