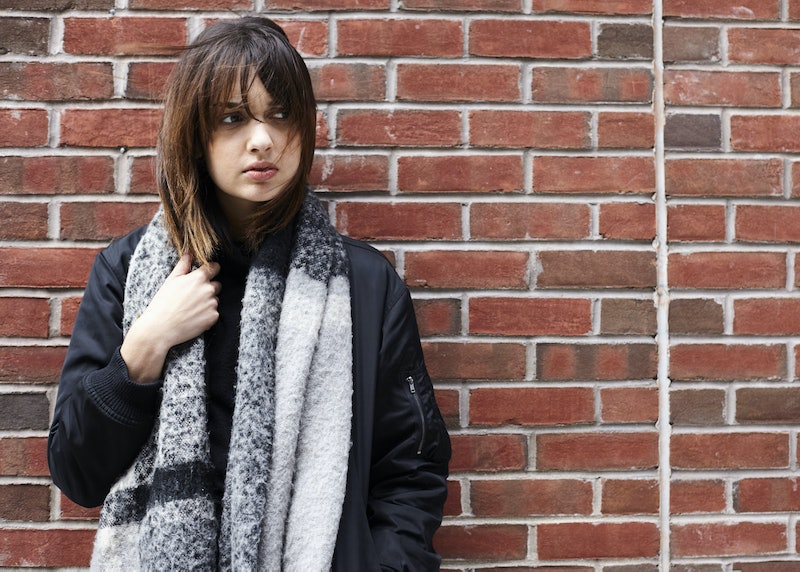 On the day after my father died, we went to the mall. My siblings and I were convinced that Dad would want Mom to have a new outfit for his funeral, so we dragged our weary bodies out of bed, showered, and took her shopping.

It was Dec. 14. While we’d inhabited the island of keeping vigil at my father’s deathbed, Christmas had fully descended on the mainland. Festive garlands with giant ornaments and flickering white lights hung from the third-story ceiling. Red ribbons wrapped around posts, and potted poinsettias lined the walkways. An ornate evergreen, its branches adorned with tinsel and sparkling decorations, reached from the bottom floor to almost touch the glassed-in roof. Carols serenaded the mob of holiday customers carrying oversized shopping bags, as they rode up and down the escalators and moved in a steady stream along the passages between stores.

We walked among them, silent and clutching one another for balance. The world felt out of focus. Wrong. Frightening, almost. I couldn’t decipher how all of this bright and shiny could possibly exist when, 24 hours earlier, I’d stood and watched two mild men in dark suits wheel a stretcher that carried an emaciated version of my beloved dad — shrouded in a black, zippered bag — out the front door of our house, load it into a hearse, and drive slowly away.

We’ve lost whatever certainty we had about what comes next, and life is no longer the same.

From an aching place deep inside me, I felt an intense urge to scream into all of that cheer, “Stop! Pay attention! Don’t you know what just happened? My dad died!” I needed to stall everyone else’s forward momentum because my own had been interrupted. My grief was so big. Why didn’t the rest of those people feel it, too?

The post-election deluge of passion-filled posts on social media, opinion pieces in newspapers, and personal essays in journals and magazines is driven, I think, by a similar kind of need. The voices behind the words belong to people who are bewildered and angry and fearful and disenfranchised, and so, so sad because of the abrupt and unexpected turn this country has taken. A turn that has thrown some of us off-balance, upended our sense of security and made many that were already vulnerable feel directly threatened. We’ve lost whatever certainty we had about what comes next, and life is no longer the same. We are protesting and speaking and writing because we really want those who are going about their daily business seemingly unaffected by what’s happened to understand how we feel.

Even more pressing is a yearning for those same people to be fully present with us. We long to translate our tangled thoughts and feelings into something tangible for them to witness. We want to be seen. Known. Finding the words, giving them contour and shape, and sending them out into the world bring relief. We take solace in the awareness that for someone to read what we’ve written, that person has to stop for a time, take a closer look, and acknowledge us in this current moment.

That long ago day in December, we completed our mission in a small boutique on the mall’s third floor, where we found a knee-length black skirt and fitted black watch plaid jacket for my mother — though not before enduring the gushing of a way-too-chipper saleswoman who couldn’t stop talking about “how wonderfully versatile” the outfit would be during the holiday season. We didn’t have the heart to tell her what it was really for. We paid in record time. I was desperate to escape the mall’s noise and commotion, to shut out all the unbearable joy.

We maneuvered through the merry-making throng and neared the exit doors. And then I saw a familiar woman approaching from the opposite direction: Patty, the kind and funny palliative care nurse who’d made weekly visits to the house for the last six weeks to help monitor my father’s meds; who’d been with us the day before he died. She stopped, tucked a strand of graying hair behind her ear, and swept her gaze over each one of us. She gave a wry smile and said, “Look, it’s the mourners.”

“We’re shopping!” I blurted, stuffing the enormity of all the words I couldn’t say just then into the most obvious of statements. I held up the bags in my hands as further proof.

“Yes, yes, you are,” Patty replied. No one said anything else. She leaned in to hug my mother. The rest of us leaned in too, reaching for our own piece of comfort from the only person in the crowd who knew us that day for exactly who we were.

More like this
The Best Time To Date After A Breakup, According To Experts
By Bustle Editors
Demi Lovato Explains Why She's Now Using She/Her Pronouns Again
By Alice Broster and Radhika Menon
Dunkin’s Pumpkin Spice Latte Is Officially Back This Week
By Mia Mercado
Kim Kardashian Is Releasing A Line Of Earbuds With Beats
By Alexis Morillo
Get Even More From Bustle — Sign Up For The Newsletter