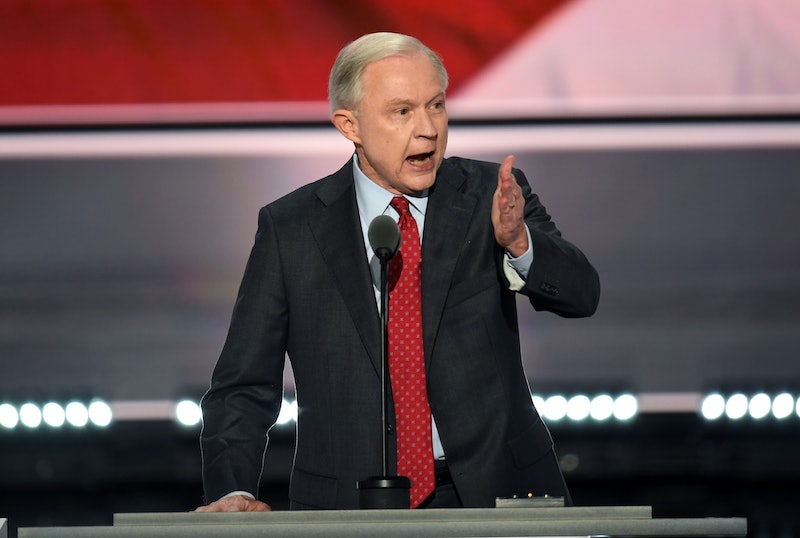 According to CBS News, Donald Trump has offered the position of attorney general to Alabama Sen. Jeff Sessions. The two had a meeting in New York on Thursday, after which sources said that Sessions had moved into the top position as Trump's choice for AG. Sessions' past work as a prosecutor was cited as a key reason for Trump's decision to tag him for the coveted AG spot.

Sen. Sessions was one of Trump's earliest supporters, offering the business magnate his endorsement well before other elected Republican politicians. In fact, Sessions was the first senator to throw his support behind Trump, which may have helped Sessions make his case to be AG. Donald Trump is known to reward loyalty.

Attorney generals play an enormous role in shaping the legal landscape of America. And given his past, Sessions may face trouble getting confirmed. He has been accused of making several racist remarks in the past. Thomas Figures, a former assistant U.S. attorney, testified that Sessions had called him "boy," and also warned him to be careful about what he said to "white folks" while they worked together in Alabama. These accusations came to light during a 1986 confirmation hearing for Sessions, who had been nominated to become a federal judge. And though the Senate was controlled by fellow Republicans, Sessions was unable to secure confirmation, due to such allegations.

Figures was not the only one to raise concerns. He was also overheard calling the National Association for the Advancement of Colored People (NAACP) an "un-American" organization. J. Gerald Hebert, a lawyer for the Justice Department, also testified against Sessions, saying,

Things that I had heard firsthand from him were things that demonstrated gross racial insensitivity to black citizens of Alabama and the United States.

Sessions became a U.S. senator in 1997, a position which he has held for nearly 20 years. He has focused much of his recent policy work on immigration, an issue on which he holds extremely strict views. He's on record saying he supports Trump's plan to build a wall on the U.S.-Mexico border, and he adamantly rejects any path for undocumented immigrants to gain legal citizenship. Perhaps most controversial is Sessions' support for Trump's call to impose so-called "ideological tests" on those seeking to come to the United States.

Before Sessions can become the next attorney general, he will have to accept the nomination and be confirmed by the Senate.