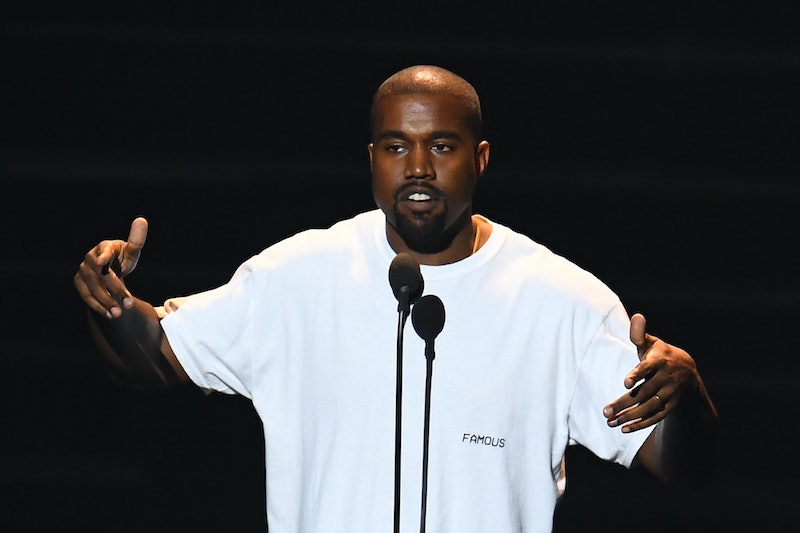 Would Kanye West even be Kayne West without controversy? Well, that's a question for the times, but lo and behold, he has just delivered one of his most bizarro concert rants yet. During a concert in San Jose, West said he would have voted for Donald Trump... that is, if he had even bothered to vote. I know that trying to unlock the mysteries behind his actions and words can be impossible, but for the sake of curiosity, why would Kanye West even vote for Trump?

Before we even begin to try to decipher the answer to that question, here is what West had to say. West began, "I told you all I didn’t vote right? But if I were to have voted, I would have voted for Trump." The political rant did not end there. West continued,

“Specifically to black people, stop focusing on racism... This world is racist OK? Let’s stop being distracted… it’s just a f*cking fact, we are in a racist country, period. Not one or the other candidate was going to instantly be able to change that, because of [their] views."

West's remarks left many of the San Jose concert-goers booing and in disagreement, but a few stray claps could be heard throughout the arena.

So, why would West vote for Trump? He confessed that he didn’t even bother to actually vote, so his statement could have just been to rile up the crowd or to draw attention to the rest of his rant. Why else would you find the need to say who you hypothetically would have voted for when it’s all over now?

During his concert rant, West also revisited his previous 2015 MTV Video Music Awards Video Vanguard Award speech in which he announced that he would run for President in 2020. Personally, I feel like West maybe sees a bit of himself in Trump, in the fact that a total political outsider actually made his way into the White House with a reality show, a worldwide brand, and a ton of money to his name. This sounds a little bit familiar, no?

The fact that West stated his opinion on race and politics is no surprise. A few years ago, in the wake of Hurricane Katrina, West made headlines as he proclaimed on live television that “George Bush doesn’t care about black people.” It was this statement that set the stage for much of West’s public life as a successful black man who was outspoken about everything, including racism in the entertainment and fashion worlds. I think that West unfortunately publicly supported Trump to get a rise, and it showed how he’s evolved in the face of growing celebrity. No one ever said West was easy to understand.

West is an extremely wealthy man now, and he undoubtedly lives in a world that protects him from the reality millions of people of color in this country experience on a day-to-day basis. West telling his fans to “stop focusing on racism" — even if what he means is that he thinks nothing is going to change — isn't going to come across well to the many fans of color he has who are in completely different positions from him, many of whom desperately want to feel hope right now.

In the end, West said he didn’t even vote, so it seems to me that he didn’t fully commit in supporting Trump and probably just wanted to make a controversial and “entertaining” point once that would emphasize the rest of his speech. This time though, it was a painful one for many of his fans. Sigh. I miss the old Kanye.