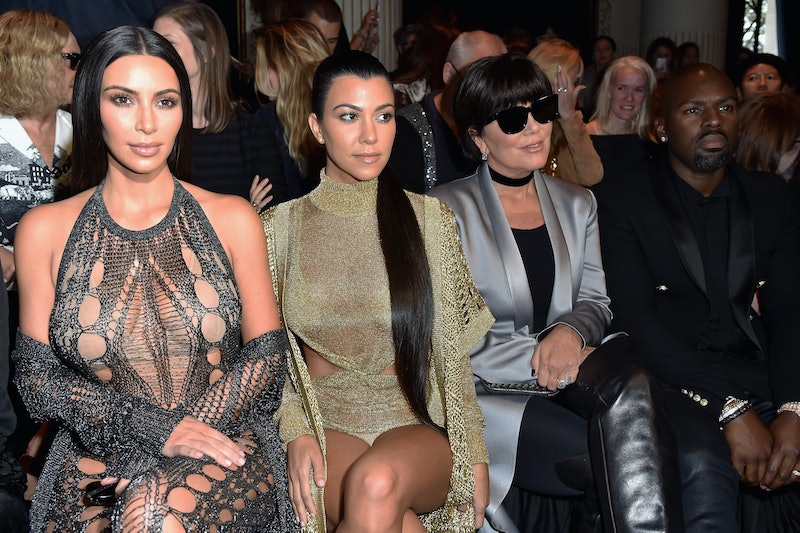 The seasons do turn, the sun does rise, and as sure as anything else in this wild, wild world, there will be another season of Keeping Up With The Kardashians. Now wrapping up its twelfth season, viewers have watched Kris and her Kardashian clan get engaged, married, divorced, married, pregnant, graduate, shop, eat, rinse, repeat for years. Though I normally don’t tune into any reality television besides The Bachelor and its spinoffs, I find myself always watching Keeping Up With The Kardashians when it’s on my screen. I think it’s the makeup and hair tips I learn along the way. With Season 12 coming to a close on Nov. 20, when will Keeping Up With The Kardashians Season 13 premiere? UPDATE: E! has confirmed the series will return in March 2017, though no specific date has been announced.

Earlier: This season covered everything from the end of Lamar Odom’s recovery to Rob and Chyna’s engagement and pregnancy, with some of Cait at the ESPYs and Scott surprising Kourtney in Iceland for good measure. Want more? Well, if you’re worried about the Kardashians disappearing from your screen, you should focus your worries on something else. According to Variety, the Kardashians signed a four-year, $100 million deal with E! in early 2015, extending their show well beyond the tenth season that was airing at the time. More Kardashians for everyone!

But when will Season 13 air? That’s yet to be determined, and seasons of Keeping Up With The Kardashians premiere anytime from the late winter to the early summer, according to past seasons, so we’re talking any time in 2017 right now. According to Variety, production on Season 13 was halted after Kim Kardashian West was bound, held at gunpoint, and robbed by masked men when she was in Paris for Paris Fashion Week on Oct. 2. Kim was obviously and understandably traumatized by it all, and according to another piece by Variety, production on Keeping Up With The Kardashians resumed a few weeks later, but Season 13 may premiere a few weeks later as a result.

While Entertainment Tonight reported that Kim doesn’t want to do a special interview or anything about the robbery, an unnamed source claimed that the incident will be discussed on KUWTK Season 13. "[Kim] filmed with Kourtney and Khloe. Kourtney and Khloe were real and open and didn't hold back during the intimate conversation," the source claimed.

The Kardashians know how to make a television show, but I wonder if the episode or episodes in which Kim is talking about her robbery will be hard to watch — this is a family that has aired even the births of their children, but Kim’s robbery was very, very serious, and she was traumatized. I know that Rob and Chyna have their own show, but hopefully Keeping Up With The Kardashians Season 13 will focus more on happy moments like the birth of their daughter, Dream, than the horrors Kim experienced that night in Paris.