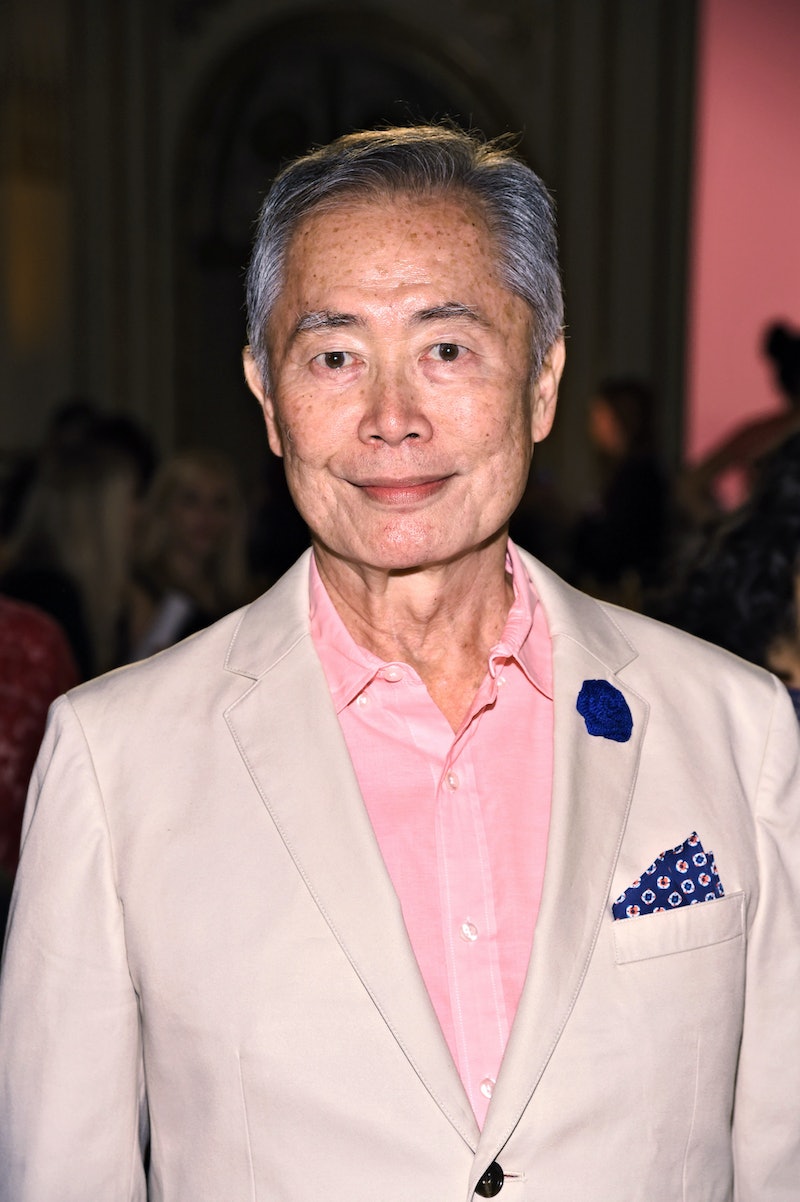 George Takei, actor, Star Trek veteran, and human rights activist, has spoken out against Donald Trump's proposed Muslim registry. More specifically, he's denounced Trump supporter and former spokesman for a super PAC supporting Trump Carl Higbie's statement to Megyn Kelly on Fox News earlier this week in which Higbie implied that Japanese-American internment camps were "precedent" for such a registry. A survivor of a Japanese-American internment camp during World War II himself, Takei penned a poignant and urgent essay for the Washington Post, published Friday, about his time at one such camp. The essay condemns the use of the Japanese-American internment as precedent for anything, and warns that the language coming from Trump and his supporters does not rule out something similar happening for Muslim-Americans today.

Takei, now 79, was five years old when his family was "forced at gunpoint from [their] home and sent first to live in a horse stable at a local race track, a family of five crammed into a single smelly stall," as Takei writes. They were moved from their home city of Los Angeles eastward to Arkansas to the Rohwer Relocation Center, which he notes was "really a prison" with armed guards stationed at sentry towers pointing their guns down into the camp.

Takei writes of the Pledge of Allegiance, which, in cruel irony, he recited while in school at the camp:

Not until I was older did I understand the irony of those words and the injustice that had been visited on so many of us. As I studied civics and government in school, I came to see the internment as an assault not only upon an entire group of Americans, but upon the Constitution itself — how its guarantees of due process and equal protection had been decimated by forces of fear and prejudice unleashed by unscrupulous politicians. It had been a Democratic administration at the time, under Franklin D. Roosevelt, that had ordered us to the camps, proving that demagoguery and race-baiting knows no party.

And that is where the danger lies, Takei warns; that fear-mongering could possibly lead to a Muslim registry that could lead into something even worse. Takei writes it was the racial fear and bigotry that birthed the argument that the government could not "distinguish between alleged enemy elements and peaceful, patriotic Japanese Americans," and thus all Japanese-Americans were dehumanized and made to suffer in internment camps. Takei writes:

The very same arguments echo today, on the assumption that a handful of presumed radical elements within the Muslim community necessitates draconian measures against the whole, all in the name of national security.

It begins with profiling and with registries, but as Trump and Higbie have made clear, once the safety of the country is at stake, all safeguards are off. In their world, national security justifies actions that are “sometimes not right,” and no one really can guarantee where it will end.

Takei calls for activism in this extremely urgent moment. It has been less than two weeks since Election Day, and there have already been numerous alleged incidences of "hateful intimidation and harassment," which "involved direct references to the Trump campaign and its slogans," according to the Southern Poverty Law Center. According to its website, there have been 437 reported such incidences between Nov. 9 and Nov. 14. Takei's words are both a warning and a call to action: "The stigmatization, separation and labeling of our fellow humans based on race or religion has never led to a more secure world. But it has too often led to one where the most vulnerable pay the highest price."