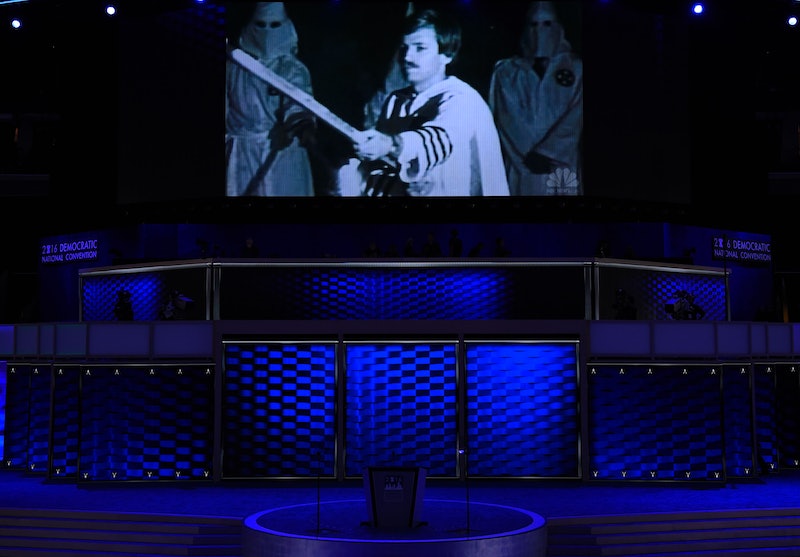 In the Upside Down of Donald Trump's America, racism is out in full force, in real life and online. Hate crimes are being reported in increasing numbers, and rampant prejudice is popping up on social media. Unsurprisingly, David Duke, the former leader of the Ku Klux Klan, is spreading some of this hate, particularly with one tweet referencing Trump's appointment of General Michael Flynn to the position of national security adviser. The vitriolic hate that is so easily and disconnectedly spread online is one terrifying byproduct of the new American culture legitimized by Trump's presidency, and if people aren't careful, it could become widely accepted before you know it.

"Great Pick! - Gen. Flynn's retweet shows he knows that the Saudis, ISIS & the Jewish-NeoCons are the real enemies - NOT Assad & NOT Russia!" Duke tweeted Thursday night accompanied by an image of another tweet with reads, "CNN implicated. 'The USSR is to blame!' Not anymore Jews, not anymore." Flynn did actually retweet this in July shortly after the Republican National Convention, though he later removed it from his timeline and said, “the earlier retweet was a mistake.” That in and of itself calls into question how it appeared on Flynn's timeline, but he was largely taken at his word at the time of the incident. Yet Duke's reminder this week, in light of his appointment, brings that back to salience, both for those who oppose the view and those who consciously or unconsciously endorse it.

Obviously, Duke wasn't a centrist before Trump's election — he hasn't been swayed to think this way just because of Trump's campaign. However, the fact that he and others are now so emboldened to say things like this, to spread outright lies and baseless discrimination like never before, is very concerning. Trump gave Duke and other extremists a bigger platform to spread their views, and now vulnerable people who are looking for people to blame their problems on are seeing this online. Without confrontation, guidance, and compassion, people can start to believe these things and act on them in their daily lives. That's where hate speech like this leads, and the country seems to be seeing more of it every day now.

Everyone has to live in this country together, but that seems to be getting more difficult as people either support or turn a blind eye towards comments like this. Normalizing this kind of hate, particularly in the global digital era, has incredibly dangerous potential side effects. Hate speech from social influencers is how people justify prejudice, which is how governments come to institutionalize discrimination, which is how widespread racial and ethnic violence becomes tolerable.

I can't say this strongly enough — this country cannot let this happen. If America was once so great, any reputation of greatness will be obliterated by allowing hate to become a dominant pillar of its culture.