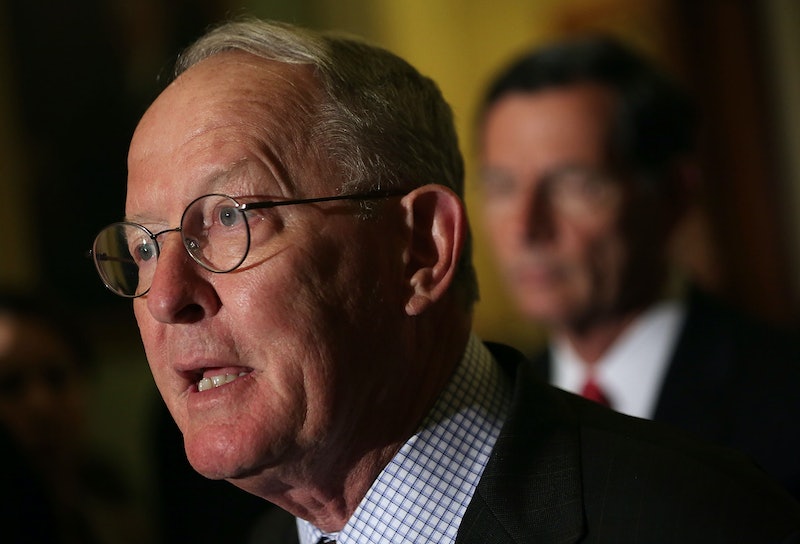 It may be a hopeless cause, but the push by Hillary Clinton supporters to ask Republican electors to change their vote to reflect the fact that she won the national popular vote is at best earnest, and at worst obnoxious. But it certainly doesn’t amount to harassment. Yet, that is how members of the Electoral College for Tennessee described the onslaught of emails and phone calls they’ve received, asking them to change their vote.

Before we get into the more nuanced discussion of the role electors play in our democracy, I should make it clear that I am in no way advocating for actual harassment of these public officials (because, let’s be real, that’s what they are) — don’t follow them or take pictures of them. This should all go without saying. However, at the moment, although Tennessee elector Pat Allen told The Tennessean, "Certainly I would call it harassment," that "it" is, as reported by the publication, is "as many as 200 emails per day and a handful of phone calls." Sure, that may be annoying, but writing and emailing electors non-threatening things is hard to call harassment.

But here’s the thing: If the only purpose that these humans serve in the electoral process was to robotically forward their electoral votes, then wouldn’t the framers of the Constitution have written in some clause to that effect? Or taken out the electors altogether? Instead, they gave electors autonomy, presumably to vote as they wish. In fact, Alexander Hamilton specifically calls out the analytic abilities of the electors as being a key quality.

Writing in The Federalist Papers, Hamilton stated that “the immediate election should be made by men most capable of analyzing the qualities adapted to the station, and acting under circumstances favorable to deliberation, and to a judicious combination of all the reasons and inducements which were proper to govern their choice.”

Indeed, the election of someone like Donald Trump may have been the very thing the Electoral College was hoping to guard against. Charlottesville Mayor and University of Virginia professor Michael Singer wrote in Time magazine that Trump represents the very situation Hamilton was thinking of. “The Electoral College was designed to prevent a demagogue from becoming president,” Singer wrote. “The electors are not supposed to rubber-stamp the popular vote. They’re supposed to do the opposite — to take their responsibility gravely, to subject the winning popular vote candidate to exhaustive scrutiny, and, if the candidate does not meet Hamilton’s standards, to elect an alternative.”

So if the electors are not rubber-stampers, and if they’re supposed to deliberate and analyze on behalf of the people, shouldn’t the people be able to write them a letter or leave them voicemails?

The problem is, as Singer writes, that “the Electoral College has fallen into irrelevancy.” If in fact it no longer sees its members as having any agency then don’t we need to concede that it’s sole purpose is to dilute the power of the most populous states and increase the power of the least populous? Until that concession is made and we can wrestle with the moral and ethical implications of such a system, the electors need to be available to the people and to hear their voices. If that means having to spend an hour to delete emails, then so be it: That’s the democracy you signed up for.