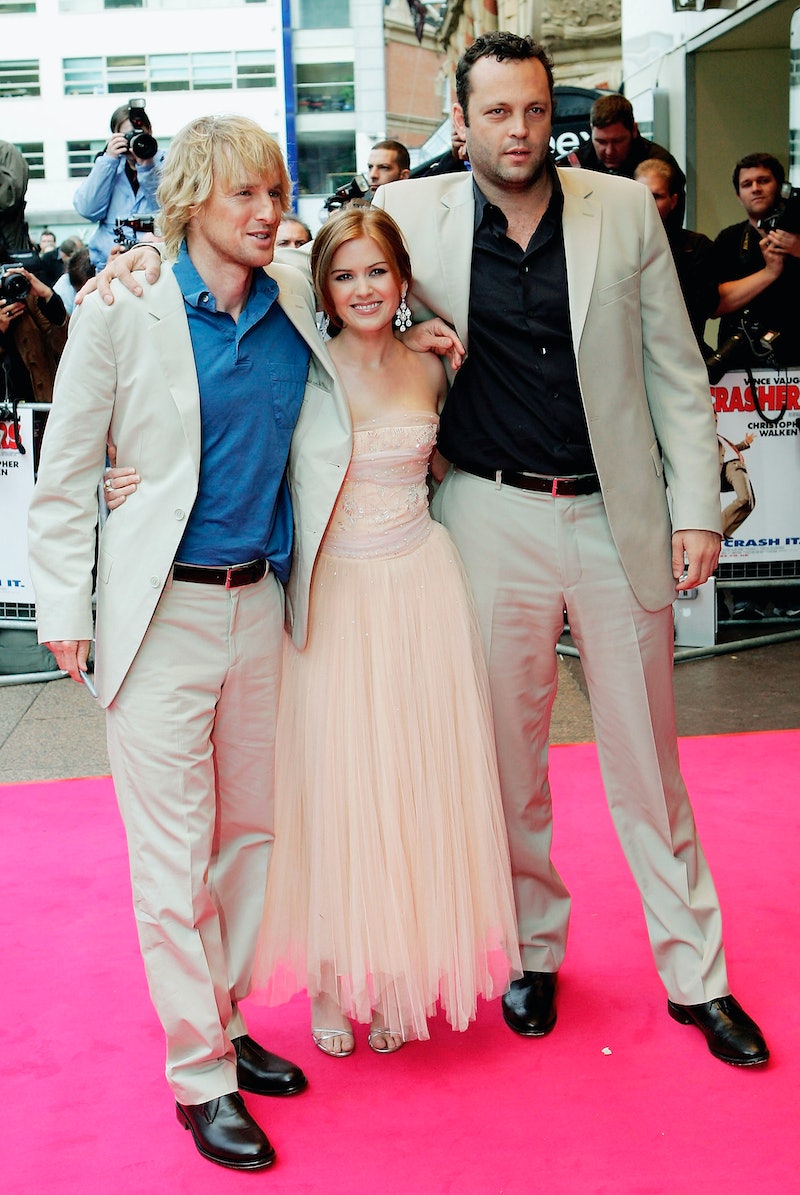 If you've spent the last 11 years relentlessly clutching onto the hope that there will one day be another Wedding Crashers movie, it sounds like your stage five clinger-ness may not be for naught. On Thursday’s episode of The Today Show, actress Isla Fisher kicked Wedding Crashers sequel chatter into overdrive when she more or less said Vince Vaughn told her it is on like “The Electric Slide” at a wedding reception. “The first I heard of it, I bumped into Vince Vaughn at a party and he said that apparently we're going to be making a sequel,” said Fisher. “So I’m really excited to see what happens with Gloria.”

Now, before anyone could get too fired up at the prospect of WC2, the Nocturnal Animals star was quick to say it is not totally set in stone. When asked whether or not a followup to the 2005 comedy is a “done deal,” she replied, "Well, I don't know about that. I shouldn't really announce it on morning television. But apparently there's some talk of it, which is fun.” It's not official-official, but Fisher and Vaughn did discuss it. Hey, I'll take it.

This is not the first time someone affiliated with the movie has said something about a second Crashers. Wedding Crashers director David Dobkin wrote the following on Quora back in Oct. 2014 when asked why there isn't a sequel:

Wedding Crashers came out at a time when people weren’t doing lots of sequels. We did come up with a great take. Vince, Owen and myself sat around at Owen's house one day and broke the story. It was really really funny. We wanted Daniel Craig to be the ultimate wedding crasher, with his sexy body and his Speedo, and the two guys would be incredibly threatened by him. He was like the next generation terminator of wedding crashing.

OK, I realize this idea was probably nothing more than Dobkin, Vaughn, and Owen Wilson having a laugh, but oh my god. I would watch the bejeezus out of James Bond rolling up to receptions uninvited only to rule the dance floors. While cloaked in a Speedo.