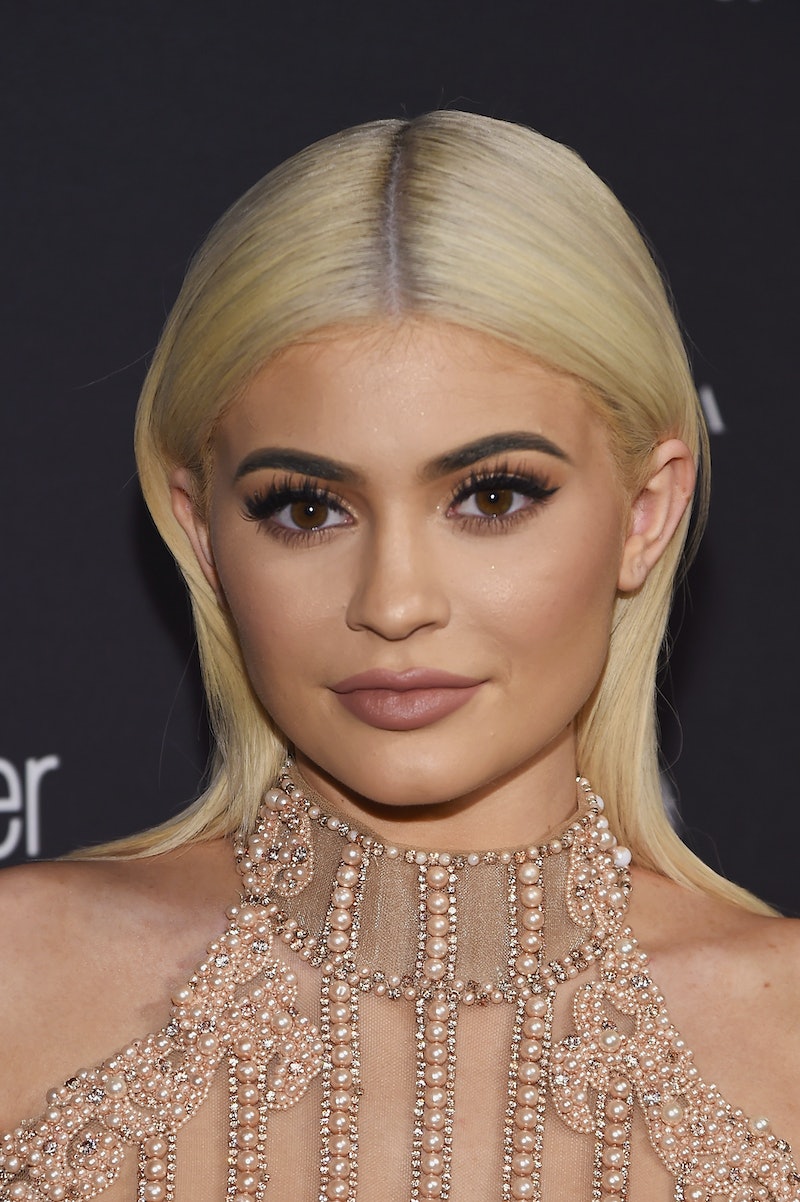 The Kylie Cosmetics Pop Up Shop isn't the only big announcement that the youngest Jenner sister is making this week. In honor of the store launch, Kylie posted a picture of herself bra that finally answered the question that has been on our mind for years: Does Kylie Jenner have a nipple ring?

There's been chatter about Kylizzle's body jewelry for the better part of the last year and she's hinted that the rumors were true in the past, but we've never had any photo evidence until now. In a picture she posted to her @KylieJenner Instagram account (she has so many these days, it's hard to keep track!) you can very clearly see a silver ring in her left nipple through a black lacy bra. There's a second photo that makes it look like both of her nipples have little silver decorations, but it's hard to tell if the one on the right is actually a piercing or just a lighting trick.

Usually, it's Kendall at the forefront of the #freethenipple movement. She rocks the no-bra look like a champ, and has been repeatedly outspoken about her own nipple piercing (though not to everyone — mama Kris found out after reading about it in an interview!). Now, though, it's Kylie's turn to show off her edgy jewelry.

Kendall Jenner has insisted that she "had the idea" before Kylie, but that Kylie was the one to actually go under the needle first. Stars' sibling rivalries are so much cooler than ours.