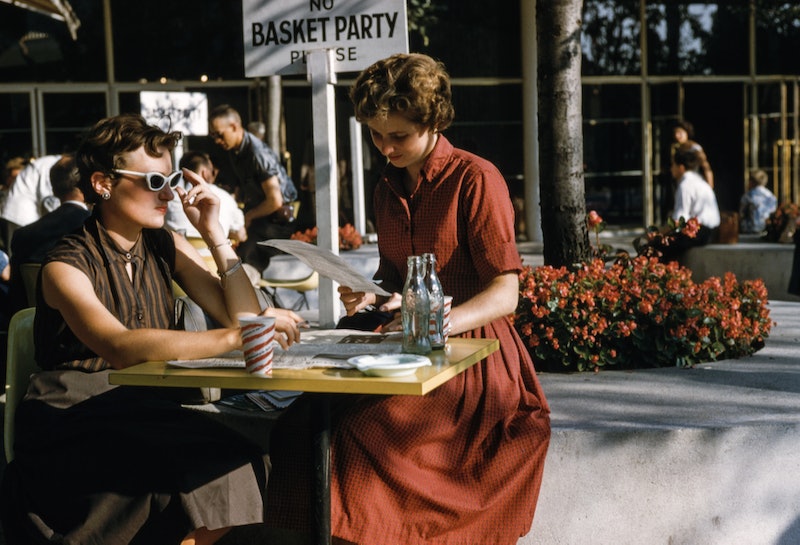 It's 2016, and sexism isn't exactly a new concept, but unfortunately women are still dealing with it all the time. And some people still like to deny that sexism exists. So perhaps for that reason, or perhaps just because women need a platform to vent about sexism sometimes and get support, the ladies of Reddit were asked to share the examples of sexism women experience daily. Is any of this groundbreaking? Hopefully not. Hopefully, we are all well aware that, for instance, women get catcalled and told we should smile more. But just because we may have heard of some of these everyday sexist occurrences doesn't make them any less important to talk about. I would actually argue — and I'm sure many would agree — that it's actually more important now to keep talking about sexism. So here I go again, sharing real women's everyday experiences with sexism. It's not the first time I'm doing this, and I'm sure it won't be the last.

I would like to point out, though, that there's a lot of good discussion in the thread and many of the comments touch on deeper sexist cultural norms and institutions. There's also a lot of discussion on the ways Reddit itself can be sexist, which is interesting to learn about if you're not too familiar with the site (or even if you are familiar). It's worth giving the full thread a read — if nothing else, there are instances where the women of Reddit educate some uninformed men, and it will get your feminist senses tingling.

Obligatory catcalling answer. Had to have at least one.

Right, because women only exist as little factories to pump out children! Jobs, what are those?

Can anyone think of a time they heard one grown man call another man "a smart boy"? No? OK, moving on.

Oh, and the accusations that the woman purposefully sabotaged her birth control to "trap" the man! Love those, too.

I wouldn't say that sexism is "innocent," but I do understand where this commenter is coming from. Not all sexism is done with malicious intent; sometimes it's a product of ignorance and privilege, but that doesn't make it any less important to point out.

This one's a triple whammy of sexism! One, women are overly emotional and hysterical. Two, women are commodities and not people. And three, men don't have feelings, because feelings are — as we just established — a feminine thing. What a gem.

Yep, infuriating. It bums me out that so many of these examples deal with the workplace. Remind me again how sexism is over because we had a female presidential candidate?

It's sad, but true that women tear each other down a lot. A lot of the answers in the thread dealt with women whose mothers were sexist toward them, which I found especially interesting.