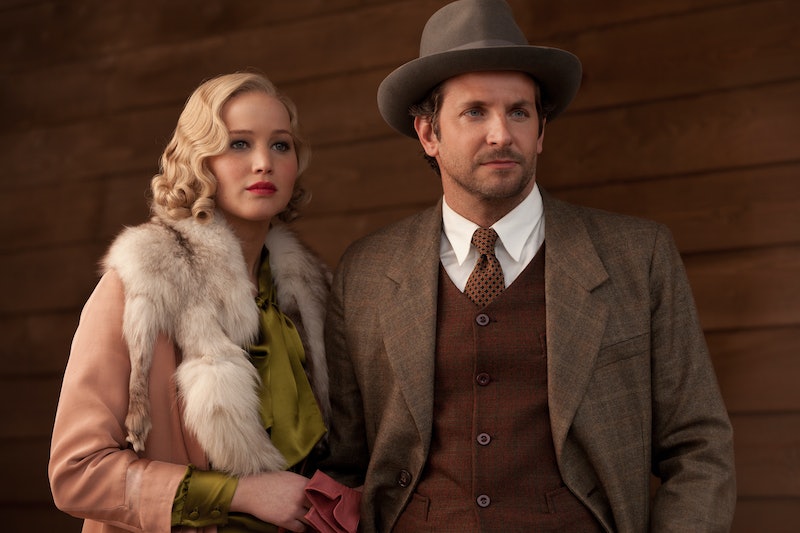 We might get another chance to see Bradley Cooper and Jennifer Lawrence together soon. Their period film, Serena , is rumored to be coming out soon, although no release has been confirmed. The film takes place in a North Carolina logging community around the Great Depression, and Coops and J. Law play a married couple dealing with serious emotional problems. But the mystery of Serena isn't its plot or characters, but its release date. Serena finished shooting before American Hustle, but has been held up in editing for months, with rumors that the director is dragging her heels, apparently because she is a "perfectionist."

With all of the stalling, we have to wonder: will Serena be worth the wait?

Although no trailer has been released yet, a new bunch of set photos were released on Monday, and so far, they're giving us hope. At the very least, the film looks both period appropriate and visually stunning, which is more than we can say for some big-budget historical flicks. Also, the Lawrence-Cooper connection looks strong, not that we ever doubted their on-screen chemistry. But none of these stills shows the sort of action and emotion we love from Silver Linings Playbook, so it's possible Serena could be a snoozefest.

But we have some ideas about what's happening between Bradley and J Law in their one-on-one shots.

Get a room you two. Oh wait, you already did?

Now that looks like the type of historical movie worth waiting for.

More like this
21 Photos Of Ben Affleck Holding Coffee, Cigarettes, Or J.Lo’s Hand
By Marina Watts
Jonah Hill Explains How His Anxiety Attacks Will Change The Rest Of His Career
By Grace Wehniainen
Florence Pugh Won’t Discuss Harry Styles Sex Scenes In 'Don’t Worry Darling'
By Grace Wehniainen
Jennifer Coolidge Just Said The Most Controversial Thing About Legally Blonde’s “Bend & Snap”
By Maxine Harrison
Get Even More From Bustle — Sign Up For The Newsletter