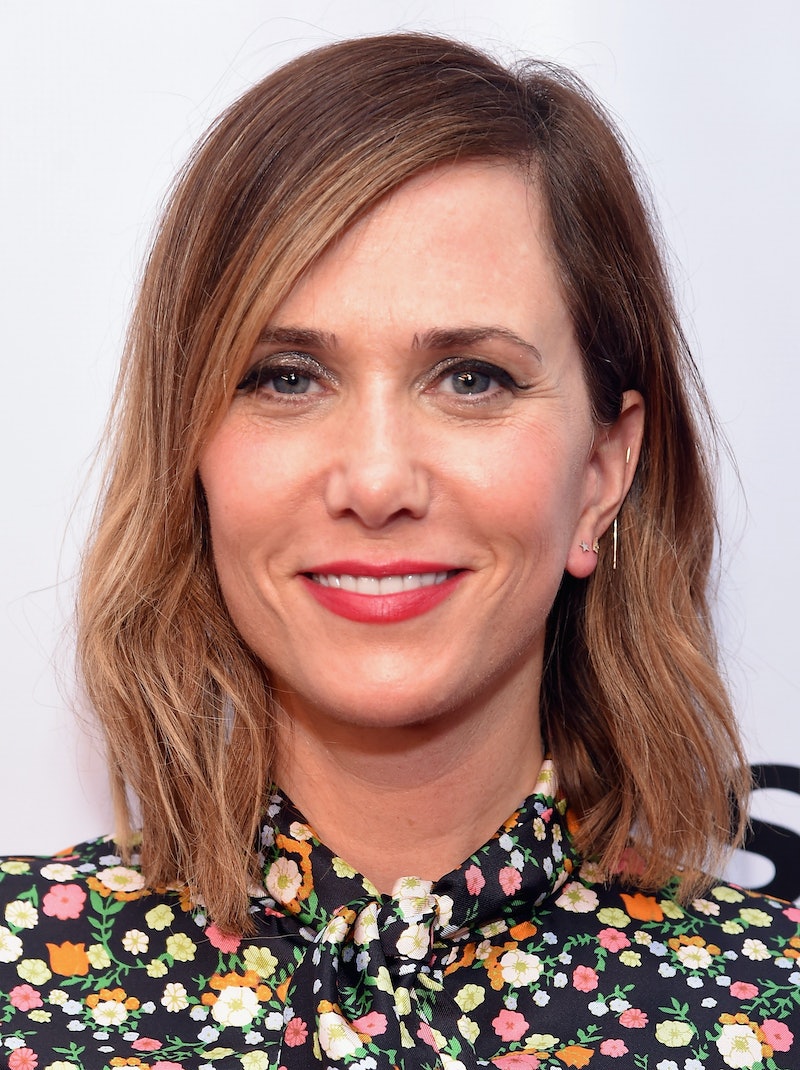 It's always exciting when former Saturday Night Live cast members return to host the NBC series, because there's a good chance that they'll reprise one (or many) of their classic characters in a sketch. Kristen Wiig returned to host the Nov. 19 episode of the show and she finally did step back into one of her classic characters by the end of the episode. Kristen Wiig brought back Aunt Sue on SNL in a sketch that shows the beloved hilarious character is more excited than ever before.

The sketch opened with a family sitting in a living room, talking about how they will be celebrating the Thanksgiving holiday. One of the siblings tells everyone that their brother will be coming home from his deployment in order to celebrate — but it's going to be a surprise for their mother. This, of course, gets Aunt Sue all excited. Wiig doesn't miss a beat as she tries to contain Sue's restless nervousness — which included her running around with a turkey on her head — and unbridled happiness about her nephew's homecoming. She even confesses at one point that she is "so freaking, effing excited." The family even resorts to putting something in Aunt Sue's mouth in order to keep the surprise a secret from the mom and keep her quiet as their brother returns home for the holiday.

Luckily, Aunt Sue doesn't spoil the surprise of the brother's homecoming or his own surprise guest: his boyfriend. This revelation only makes Aunt Sue even more thrilled than before, so as she's running around, she grabs one of her female relatives and says, "I love same-sex relationships!" 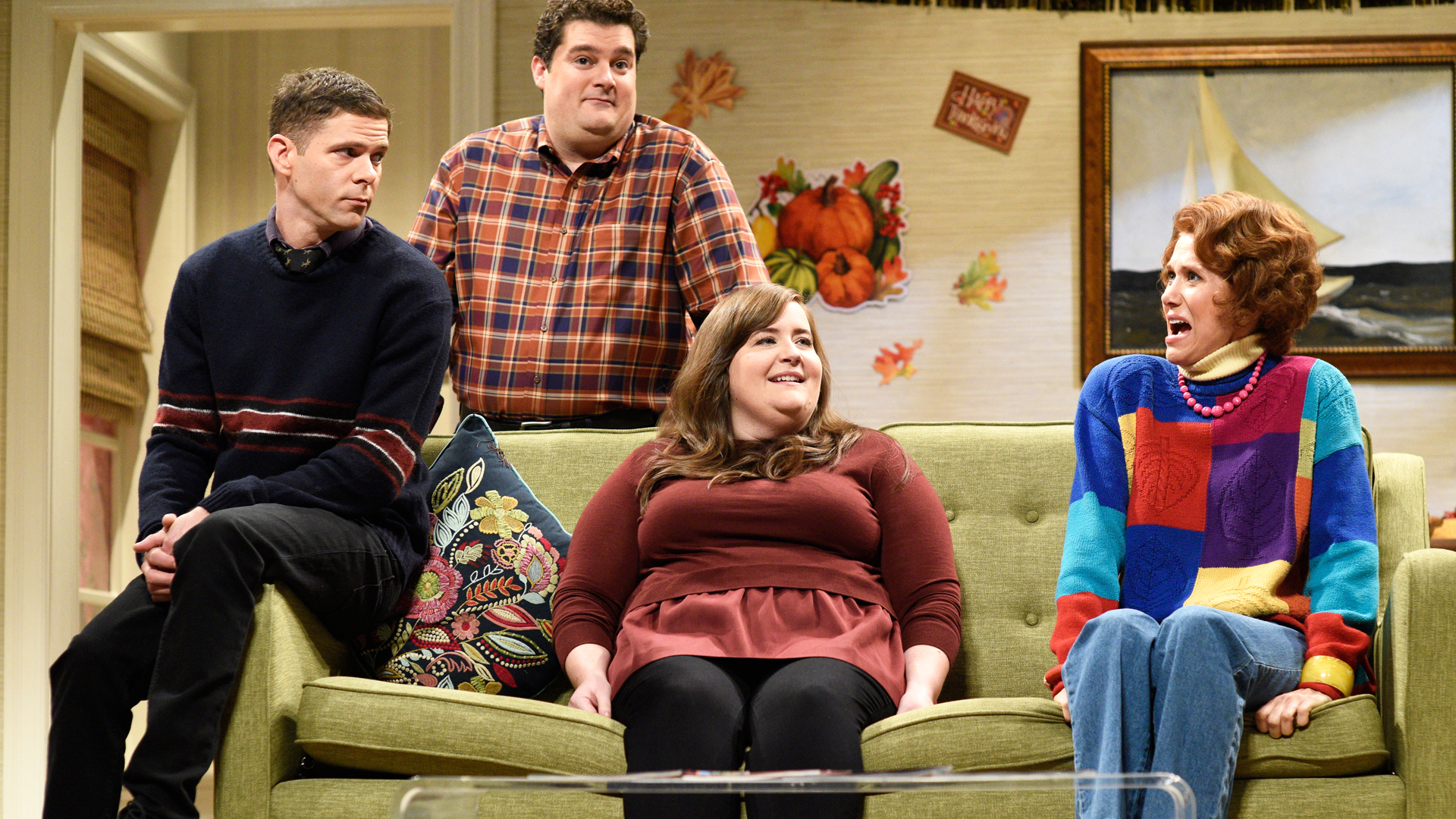 It's always great to see fan favorites return and Wiig's Aunt Sue was no exception. Even after all this time, Aunt Sue truly cannot be contained.