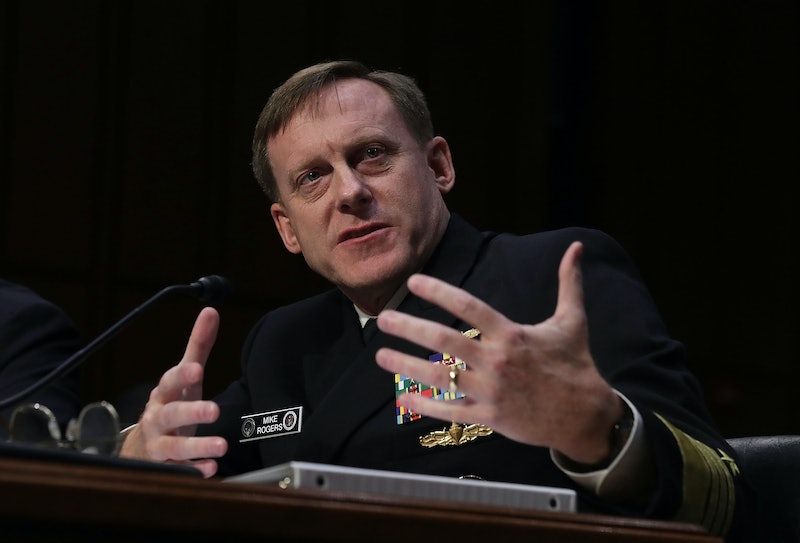 Over the past month, Pentagon leaders and the nation's intelligence community as a whole has called for President Obama to remove Adm. Michael Rogers from his position as head of the National Security Agency, a position that he has held since April 2014. Meanwhile, President-elect Donald Trump has met with Rogers, who was floated as a possible cabinet pick, without the White House's knowledge and without notifying his superiors, an unprecedented move for a military officer. So will Obama remove Rogers as head of the NSA? It'd be a tricky process, and one that could potentially give a lot more power to Trump.

Defense Secretary Ashton Carter and Director of National Intelligence James Clapper — Rogers' two bosses — recommended last month that he be removed from his positions as director of the NSA and head of the U.S. Cyber Command. Carter has been unimpressed by Rogers' handling of the agency, which has seen two major breaches in security since he took the reins and has failed to properly address ISIS, officials told the Washington Post. Clapper is more concerned with what he sees as a necessary restructuring of the chain of command between the NSA and the cyber command, and, as the Washington Post notes, Clapper's belief that the NSA should be headed by a citizen.

An official told the Washington Post that Rogers was expected to be replaced by Election Day, Nov. 8. That was part of a plan to split the current duties of Rogers' job into two chains of command, with the NSA and Cyber Command separating completely. Supporters of the split believed that separating the jobs was necessary because heading both agencies was too big of a job. It also would break up the "dual-hat" leadership of two agencies with fundamentally different goals. Sen. John McCain, however, halted that plan. McCain vowed to block the proposed separation, saying that pushing a big change through at the end of a president's administration would be unwise.

So Rogers hung onto his job for a little longer while Carter, Clapper, and Obama figured out what to do with the agencies. Meanwhile, President-elect Trump has been courting Rogers as his national intelligence director, replacing his current boss, Clapper. As the Wall Street Journal notes, Rogers' appointment to lead the U.S.'s 17 spy agencies could be problematic for the Trump administration. Trump has said that he would like to pursue closer ties with Russia. Meanwhile, Rogers has gone on record saying that the Russians tried to tamper with the U.S. election by hacking into the email accounts of Democratic National Convention leaders and making them public a week before the election.

So that would be bad for Trump, right? Well, not necessarily. As the Guardian notes, if Rogers leaves as head of the NSA, which Trump would have him do, that would give the president-elect substantial power in shaping the agency. Trump has previously noted that he would bring about large changes to national security, and he's currently lining his national security personnel with hardliners. The NSA director isn't linked to the presidential calendar, but drawing Rogers away from it would leave a vacancy that Trump would then appoint.

In other words, it's all complicated. If Obama could carry out the split before Trump took office, it would mean that he could appoint the new NSA head. But if it is tied to Trump, we could see a new face of national security in the U.S.