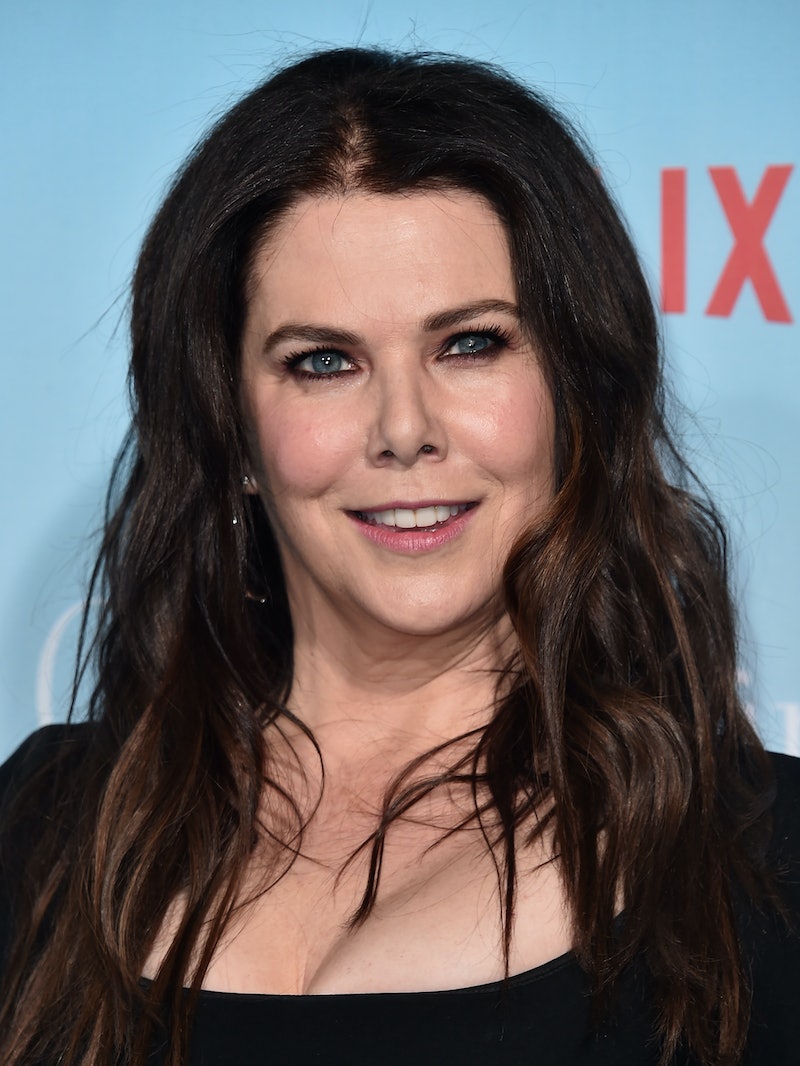 It turns out that even the stars of Gilmore Girls would rather forget about the show's less-than-stellar Season 7. In an Entertainment Weekly interview with the cast, Lauren Graham revealed that she forgot Lorelai married Christopher in the last season of the show. For those who might be experiencing a similar memory lapse, Graham's character Lorelai eloped with her on-again, off-again boyfriend (and Rory's father) Christopher early in the seventh season, though they end up not together in the end. Graham revealed to EW that a line in the soon-to-be released revival, Gilmore Girls: A Year in the Life, jolted her memory:

“When we came back to do [the revival], I say something about having been married or somebody says it to me, and I was like, ‘I was never married.’ I forgot. They had to get one of the super-fan assistants to get on the phone with me to remind me. She had to tell me the whole thing. It just seemed so out of character that I literally blocked it from my memory. That was my Season 7 experience.”

LOL. Clearly, fans aren't the only ones who would rather forget about that Lorelai-Christopher storyline. It's hilarious that Graham herself forgot about the plotline, and as the EW interview shows, she's not the only Gilmore cast member to have mixed emotions about that season of the show. Kelly Bishop, who plays Lorelai's mother Emily Gilmore, shared her thoughts on the show's seventh season, saying, “That’s the only time on the show that I would say, ‘This is not an Emily line,’” about the dialogue her character was given.

Many Gilmore fans consider Season 7 to be the show's weakest, mostly because it was the only season in which Amy Sherman-Palladino and Daniel Palladino did not serve as showrunners, and so some plot points and decisions seemed out of touch with the characters audiences had come to know and love. In the EW interview, Bishop elaborated on why she feels that the season felt off:

"A lot of the writers had been on the team when Amy was there, but Amy has such a specific voice and, to me, it didn’t match up. Plus, we just missed her. She was our god; she created us.”

Luckily, for all the Season 7 haters out there, the Palladinos are back at the helm of A Year In The Life. It's unlikely, of course, that the Netflix revival will include any digs about the "off" season, the way Community dissed its Dan Harmon-less "gas leak year" season. Instead, the new episodes will be about moving forward, and hopefully, Graham and her castmates won't have any trouble remembering them down the line.