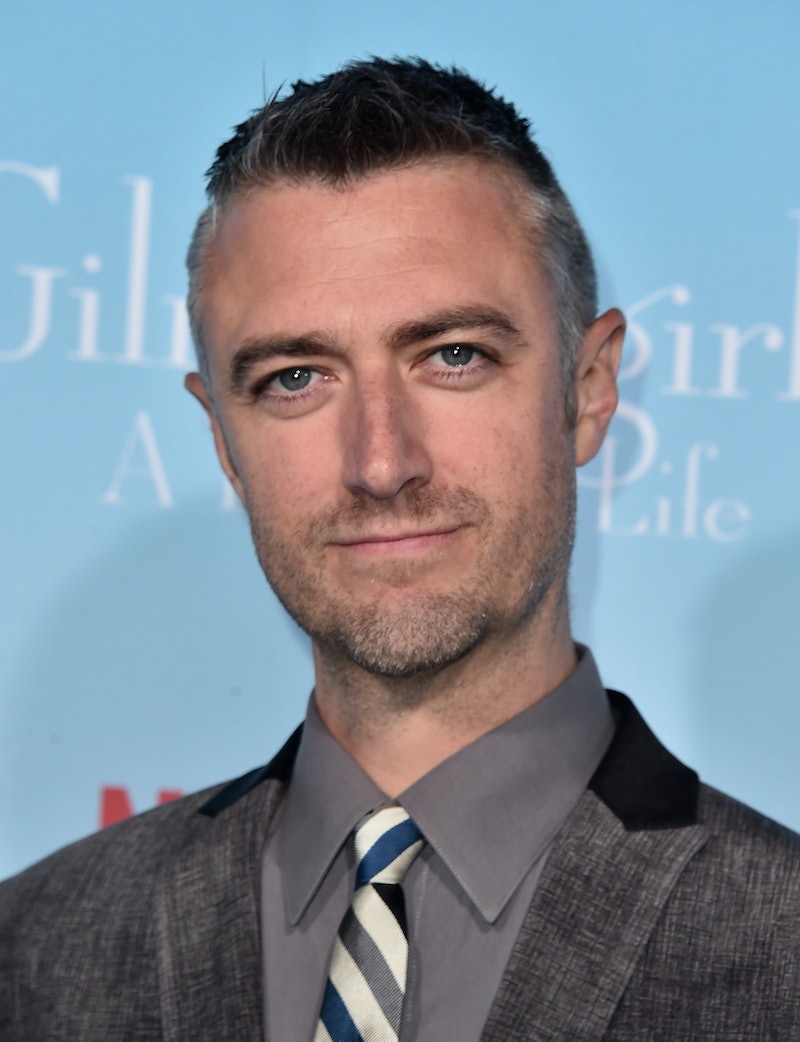 As Gilmore Girls fans know, the character Kirk has always been a source of comic reflief in the Stars Hollow world — from his wacky schemes to his hilarious lines and these four words: A Film By Kirk. But as the revival series Gilmore Girls: A Year in the Life is set to premiere on Netflix on Nov. 25, actor Sean Gunn is shedding new light on Kirk in the Gilmore Girls revival in an interview with Entertainment Weekly. Gunn said in the interview that Kirk's wry attitude and dry sense of humor isn't mean to be mean-spirited in any way— the character is just a guy who is just trying to do his best every single day.

"I think you’re always going to have a huge section of people in the audience who either know someone like Kirk or they feel like Kirk themselves sometimes,” Gunn said in the interview, noting that many fans come up to him saying that they relate to the character or know someone like him. Gunn continued: "Everybody can relate to that feeling that, ‘I’m having one of those days where I’m not doing anything right.’ And Kirk feels like that all the time. He wants so desperately to do the right thing and to be loved and respected but he just can’t seem to get it right."

Wow, that totally explains so much about Kirk — and it's good to know before Gilmore Girls: A Year in the Life premieres after Thanksgiving, so fans can see the character the way Gunn meant him to be seen in the new hijinks Kirk has bound to find himself in once again. In fact, the Netflix trailer for the revival's four 90-minute episodes show that Kirk will join Emily (Kelly Bishop), Rory (Alexis Bledel), and Lorelai Gilmore (Lauren Graham) for their traditional Friday Night Dinner.

"That was very fun to shoot," Gunn told EW regarding the highly-anticipated scene. "Over the whole course of the series I almost never got to work with Kelly Bishop, and she’s such a master. She’s such a brilliant actress, so it was nice to be able to interact with her a little more.”

Personally, I can't wait to see Kirk interact with Emily at Friday Night Dinner — and to watch what else is in store for Kirk in Gilmore Girls: A Year in the Life.