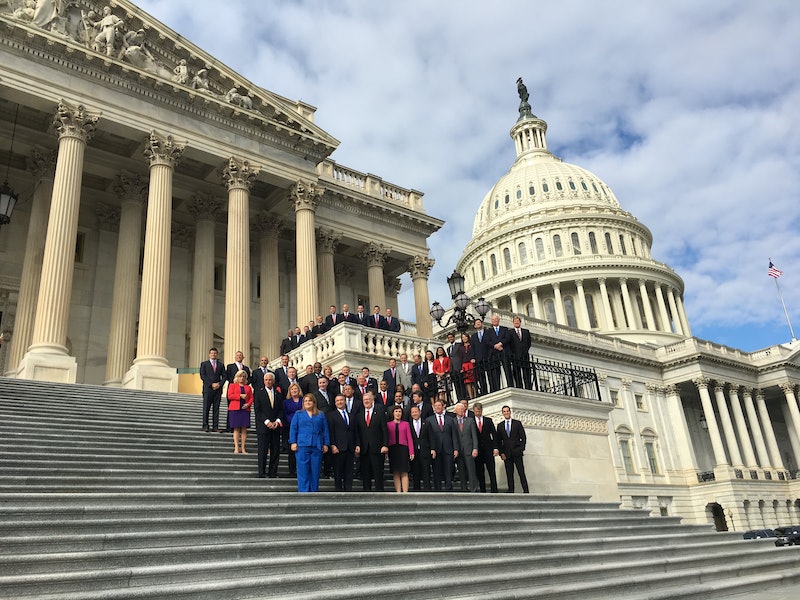 The disappointing results of the Nov. 8 election didn't just stop at the presidency — Democrats suffered defeat in the House and Senate, too. However, there is one remaining Senate seat that could potentially give the left a little more leverage in Congress. You can donate to Louisiana Senate candidate Foster Campbell, the Democrats' last chance at a seat in the Senate, before his runoff election on Dec. 10.

Campbell is the Louisiana Public Service Commissioner and a former state senator. AS PSC, Campbell's main purview was the regulation of public utilities, and he used his power to advocate for the marginalized. According to his campaign website, Campbell helped secure lower cost phone calls for prisoners, got free cellphones and cell service for Hurricane Katrina evacuees, and got the very first telephone service for the unincorporated community of Mink, Louisiana, in 2004.

Campbell is facing off against Republican State Treasurer John Kennedy, since neither candidate got the required 50 percent majority according to Louisiana state law. Kennedy boasts his A rating from the NRA and 100 percent rating from Louisiana Right to Life, both huge problems for the state with the second highest rate of gun deaths and the highest poverty rate. Plus, he's already tried and failed to get this Senate seat twice, so he's clearly not what the people of Louisiana actually want. There's still real hope for Campbell to win this seat, and you can help make that happen by donating.

The best way to donate to any campaign is directly through their website, which you can do here. Admittedly, things don't look good for Campbell's campaign right now. According to a recent poll, he's trailing Kennedy by 21 points. If he can flip all the leaners in his favor, he could gain another 18 points and bring the race within a pretty good margin of error, but this will take a Herculean effort, and a lot of dough.

However, just because the rest of the campaign will be hard and might not be successful doesn't mean it's not worth it. Campbell has proven throughout his career that he's a fighter for liberal and ethical politics, and supporting that cause in any way you can is worthy. If you have the money and care about seeing a realistically representative Congress, donate to Foster Campbell so that the Democrats have a chance at reining in the Republicans for the next six years.