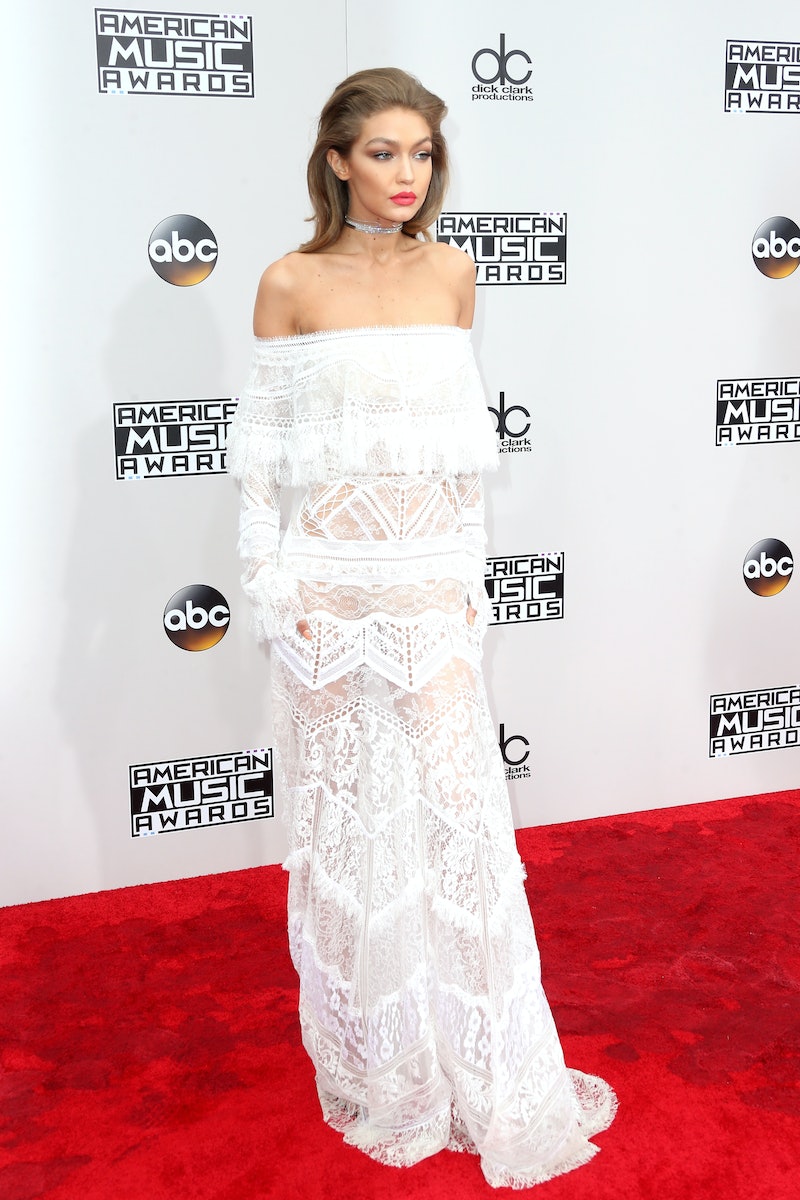 In case you somehow haven't heard, Gigi Hadid and Zayn Malik are a great couple moving and grooving in Hollywood right now. That's why my heart is melting over the way Hadid described Malik on the AMAs red carpet. I mean, they may be one of the cutest couples to have ever existed, to be honest. It's easy to tell from their overflowing love for one another on social media and on the red carpets that they are so supportive of one another and their creative endeavors. So, it comes as no surprise that, when Hadid arrived on the American Music Awards red carpet, she took a moment to chat with E!'s red carpet hosts Jason Kennedy and Tinashe. In the process, Kennedy got the chance to ask Hadid to describe her bae in a few words.

Naturally, Hadid took a moment to pause. Can you blame her? How can she choose just a few words to describe her main squeeze? A few seconds is all it took, though, because she finally landed on two great descriptors: "wise" and "creative." Hadid's not wrong, either. Malik has proven himself able to hold his creative own after breaking off from One Direction and going solo. His creative efforts have paid off in spades, giving us infectious earworms "PiLlOwTAlK" and "LIKE I WOULD."

If your heart didn't just melt watching Hadid gush over her beau on the AMAs red carpet, then I'm super worried for you. Malik is nominated for Best New Artist of the Year at Sunday night's AMAs, and Hadid joked that she totally voted for Malik to win the prize. I sure hope she did, because I know I'm rooting for him to take home the award. He deserves it after all of his hard work over the last year to make a name for himself.

As for Hadid — who is totally poised to outshine co-host Jay Pharoah tonight, because she is pure charisma— I'll be cheering her on as she tackles this big hosting gig. Get it, queen.