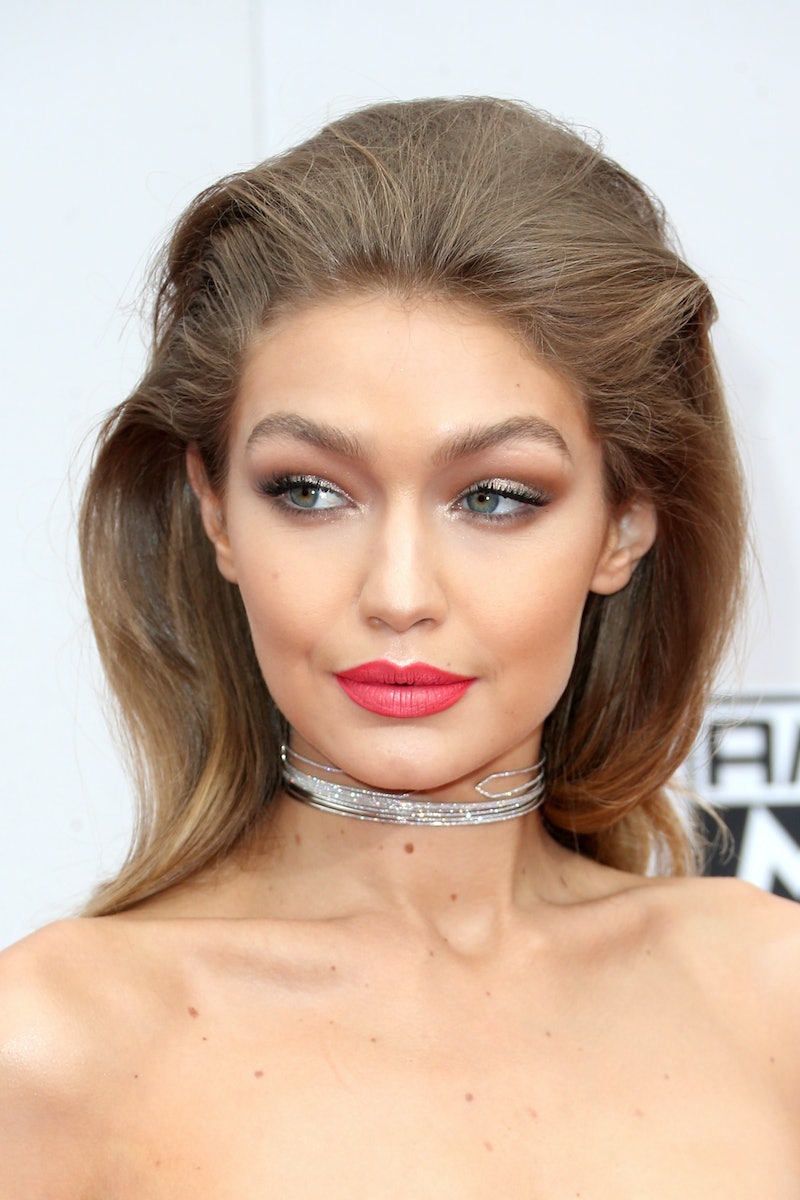 As a co-host of the 2016 American Music Awards, Gigi Hadid had plenty of opportunity to show off her ridiculously amazing sense of style. And boy, did she ever come through for us fans. On the red carpet, we got a stunning, white, lace Cavalli number (WITH POCKETS) paired with a fierce, slicked back hair and a killer red lip. She finished the look off with her signature accessory: a bunch of chokers piled on top of each other.

Honestly, that outfit was good enough to get us through the entire show, but Hadid doesn't do things halfway. When E! Red Carpet hosts Tinashe and Jason Kennedy asked how many total looks she had planned for Sunday evening, Hadid said the original plan had been 10. Ten! But then Hadid's stylist reminded her that some of the shots would be close up, she settled for a smooth five changes instead. Casual.

At three hours long, the AMAs are a relatively short award show — which means we get two Gigi outfits per hour. That's a pretty sweet deal for fans of the model's jaw-dropping style. Hadid regularly has one of the best looks at award shows, and this one is no different. Check out all the looks she wore during her stint as host of the 2016 AMAs.

The pockets really make the outfit.

Could that sparkle be more major?

Should have seen this one coming, TBH. Girl loves a good blazer.

Her commitment to the choker is next level.

5. The Not So Little Black Dress

Switching from nude to black, Hadid rounded out her looks with a stunning, floor-length gown. Way to kill it, Gigi.