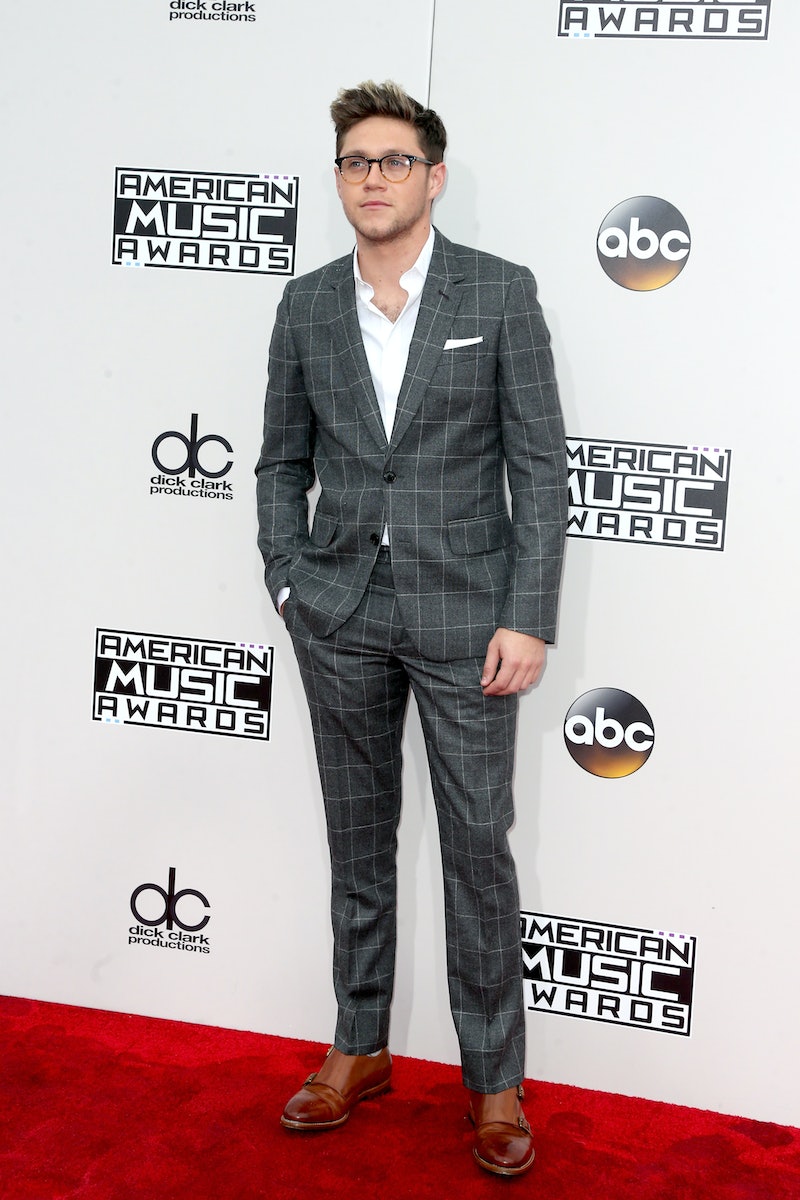 While the musical future of One Direction remains up in the air, the individual members are doing their own thing, turning heads, and looking as good as ever. Niall Horan's 2016 AMAs red carpet outfit was dapper AF, consisting of two-toned specs and a gray, checked suit. The well-coiffed 1D member is slated to perform his solo single "This Town" at the American Music Awards, so it's a special occasion. He turned up looking classy, handsome, and so, well, adult-like.

He wore a gray suit sans a tie, with the unbuttoned white shirt exposed. That gave his otherwise classic ensemble a bit of an edge. He added a pair of brown dress shoes and reading glasses, the latter of which is a move that he has pulled off before.

Horan has always been the most clean cut member of his band, IMO, eschewing the sleeves of visible tattoos that his bandmates favor. His 2016 AMAs ensemble was certainly expected, since Horan always looks so put together and insanely adorable.

His glasses were a standout accessory, since the frames were black on top and a tortoiseshell pattern on the bottom. That made them sorta match his footwear. Funny how that works, right?

Let's have a drool over Niall Horan at the 2016 AMAs, shall we? It's a totally acceptable reaction to lose your mind over his cuteness.

Looking as good as ever, Niall!

He even slayed that facial hair. A little five o'clock shadow added yet another dose of edge. Horan's outfit wasn't outrageous but it worked for him and fell in line with his usual style. It was anything-but-boring or boardroom-like suit.