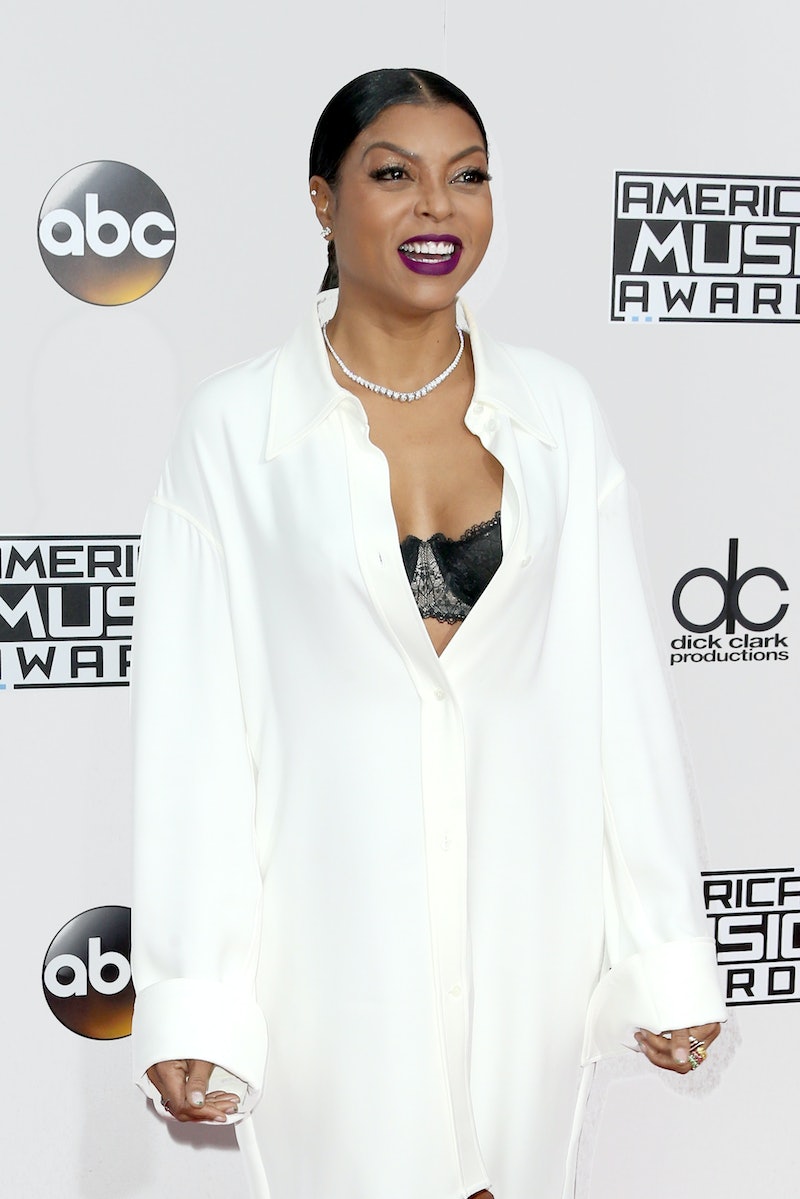 Effortless ensembles don't have to be thoughtless or sloppy. That fashion fact was proven by Empire's Taraji P. Henson with her 2016 AMAs outfit. The actor wore an oversized, white shirt dress at the ceremony. It was anything but boring or basic, despite the fact that it was a big white shirt. The way she styled it and the confidence with which she wore it made it absolutely fab. Henson, who is the new spokesmodel for MAC's VIVA GLAM lipstick and Lipglass for 2017, paired her shirt dress with strappy, gold heels, which showed off her killer gams. Her black bra was also slightly exposed and playing peek-a-boo, since the top was unbuttoned, making her ensemble the epitome of glamsual. She showed the perfect amounts of skin.

For her makeup, Henson rocked velvety, purple matte lips, miles of lashes, and a long, sleek ponytail that was center-parted. During her red carpet interview for E!, Henson was quick to point out that she specifically chose an effortless look for this music-focused ceremony, since she is not a musician... even though she plays music mogul Cookie Lyon on the small screen.

Are you ready for a look at Taraji P. Henson turning a white dress shirt into a flawless fashion statement? Let's do this.

Oh, hey! The oversized shirt almost doubles as a coat.

Check out that maaaaj pony? It almost hits the back of her knees with its length.

Those lips are so dramatic and add a dash of color to her otherwise basic and neutral shades.