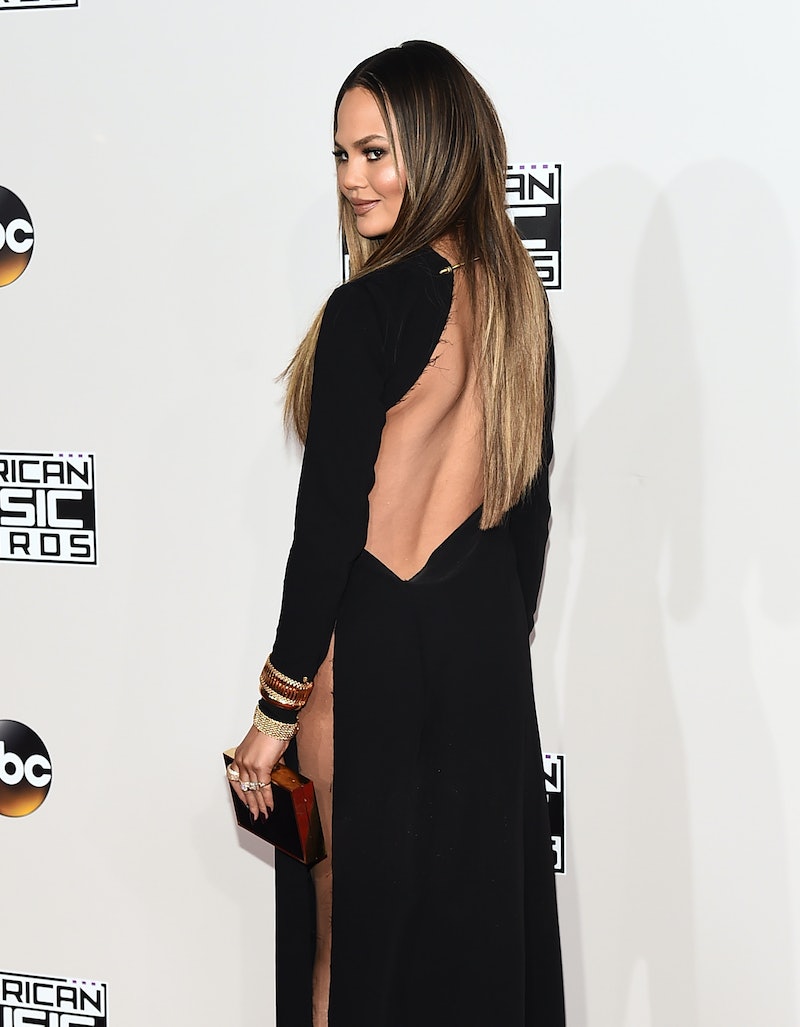 Good. Lord. As if we needed even more proof, Chrissy Teigen's 2016 American Music Awards outfit has officially solidified her spot as queen of the red carpet... and life. With a slit that basically hits her armpit, Teigen's outfit was arguably the most talked-about look on Sunday night. So who designed that jaw-dropping creation? While there's no official word yet on who's behind her newsworthy gown, there are a few extremely likely contenders.

Update: Teigen confirmed via Instagram Monday morning that her dress was by Yousef Akbar, a Saudi Arabian-born, Australia-based designer.

Teigen's been wearing Michael Kors lately, and even sat at the designer's most recent Fashion Week presentation. The sleek, black silhouette certainly feels Korsian, especially with the metallic detailing. One aspect we do know for sure is that Teigen's clutch was designed by Monique Lhullier, as InStyle.com reported. The black frock would be simpler than what we're used to seeing from ML, but it could be that the brand dressed Teigen from head to toe.

Teigen recently came out of Twitter hiding, and she clearly wanted to make a statement on her first AMAs carpet back in the retweet limelight. The fierce AF dress is basically just two pieces of black fabric held together with safety pins. Reaching nearly to her underboob, that slit is above and beyond the slits Angelina, Kendall, and Bella made famous before hers. It's incredible.

And how about a little side view?

Is it hot in here or what?