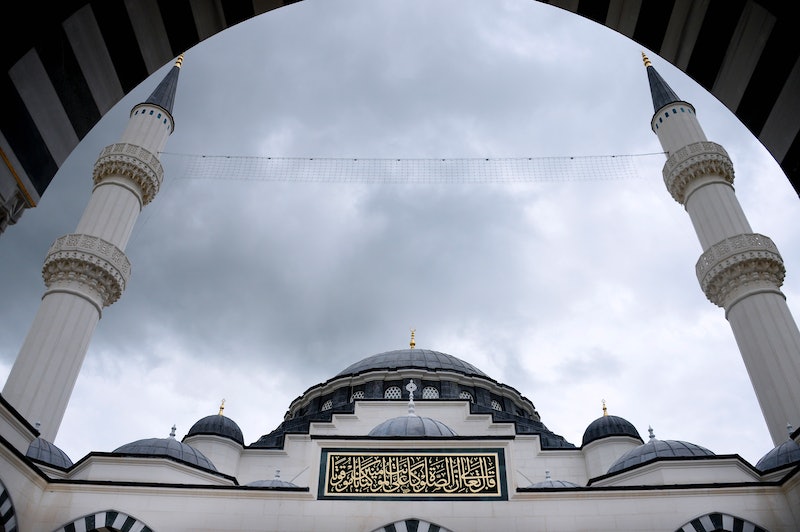 Throughout Donald Trump's presidential campaign, he often referred to his desire to establish a "Muslim registry" in the United States. And most recently, Trump's incoming Chief of Staff Reince Priebus indicated that Trump is now currently not planning to create a Muslim registry, but he "[would] not rule anything out." Needless to say, this hardly-reassuring rhetoric indicates that there still exists a strong need to preemptively protest any potential Muslim registry that the Trump administration is considering.

Trump has never been clear-cut regarding exactly what he means by the term "Muslim registry." His comments throughout the campaign as well as post-election indicate that it could range anywhere from registration of incoming immigrants and refugees from predominately-Muslim countries to registration of current Muslim Americans. However, it is being reported that the plan will most likely resemble the National Security Entry-Exit Registration System (NSEERS), a registration system for men and boys from predominately Muslim countries that was enacted during the Bush administration and then dismantled during the Obama administration.

NSEERS put stringent restrictions on men and boys entering the United States from 25 designated countries, all of which, except one, were countries where Islam is the predominant religion. The program caused fear and panic among Muslim and Arab communities and also was highly ineffective at combating terrorism. Indeed, it never resulted in a single terrorism conviction.

Thankfully, there is already a protest plan in place to take action against a possible registry. A campaign called "Register.us" allows Americans to sign a pledge saying they will also register as a Muslim with the U.S. government if the Trump administration requires Muslims to do so. Should registration become required, having thousands of extra people registered would serve to confuse and complicate the registration process for government officials. This, in turn, could help render it ineffective and hopefully cause it to be dismantled. Additionally, signing up to "be registered" helps show solidarity towards the Muslim community, and is an effective and straightforward way to easily and preemptively protest the registration right now.

In addition to signing the registration petition, you can also protest by voicing your opposition to the potential policy on social media, as many people have already done, and encourage others to sign the petition. Furthermore, you can join the social media hashtag campaign entitled #RegisterMeFirst, where allies of the Muslim community urge the Trump administration to register them first instead of Muslims as a means of protest and solidarity. Finally, you can also help protest a potential registry by volunteering time or funds to the American Civil Liberties Union (ACLU). The ACLU worked to fight NSEERS and has already indicated its intention to combat any registry proposed by the Trump administration, saying that if the President-elect's administration does not "reverse course and instead endeavor to make these campaign promises a reality, [Trump's administration] will have to contend with the full firepower of the ACLU at every step."

Overall, while it is still unclear what type, if any, Muslim registry will occur under the Trump administration, it is very clear that such a registry is unacceptable. Now, before the administration begins, is absolutely the time to take action to make sure that Trump's administration knows that this type of registry is unwelcome and will not stand in the United States.