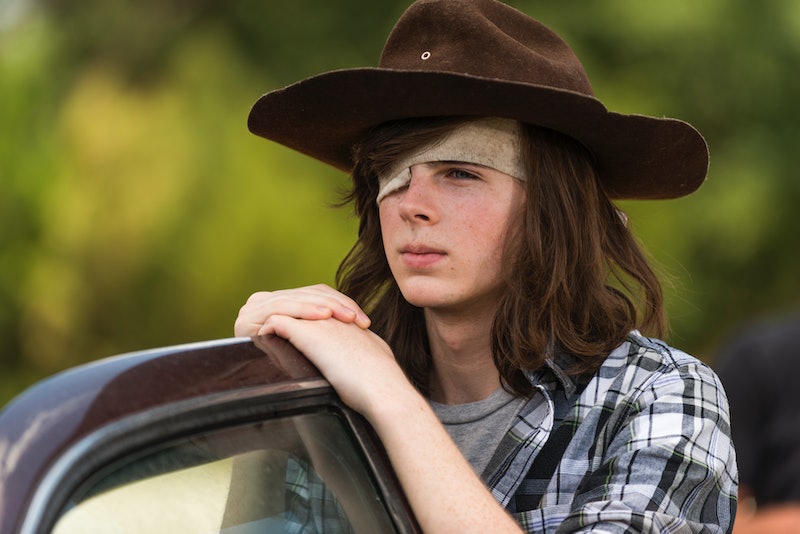 Fish gotta swim, birds gotta fly, and Carl Grimes gotta run off as often as possible. This time, he is taking teenage impulsivity to a dangerous extreme by stowing away on a truck headed to the Saviors' compound with revenge on his mind. But will Carl actually kill Negan on The Walking Dead ? He's on a mission to do what Rick can't and won't.

Carl left Alexandria partially to spend time with his crush Enid and ride around on roller skates, but mostly to take on Negan himself. Classic Carl, who never learns from his mistakes. However, he's not the only one playing spy on the Saviors this week. At the Hilltop, Sasha and Jesus made a secret plan to get on the offense — even Maggie doesn't know what they're planning. The bearded martial artist hid in one of the Saviors' trucks so that he could locate Negan's base camp. Little did he know that he would have company. So now, Jesus and Carl are traveling to enemy territory together.

I know it's not going to be easy for Carl to kill Negan, and I'm really not sure that he'll be the one to do it. In the comics, Carl and Negan have a complicated relationship. Negan tries to mentor Carl, though Carl never stops hating him. What if on the AMC series, Carl instead is swayed by the dark side? I wouldn't put it past him. It's probably for the best that he has Jesus on his side — and that he can see what Daryl has become. Carl and Jesus have slightly different missions on The Walking Dead, but at least there's strength in numbers and they can keep each other in check.