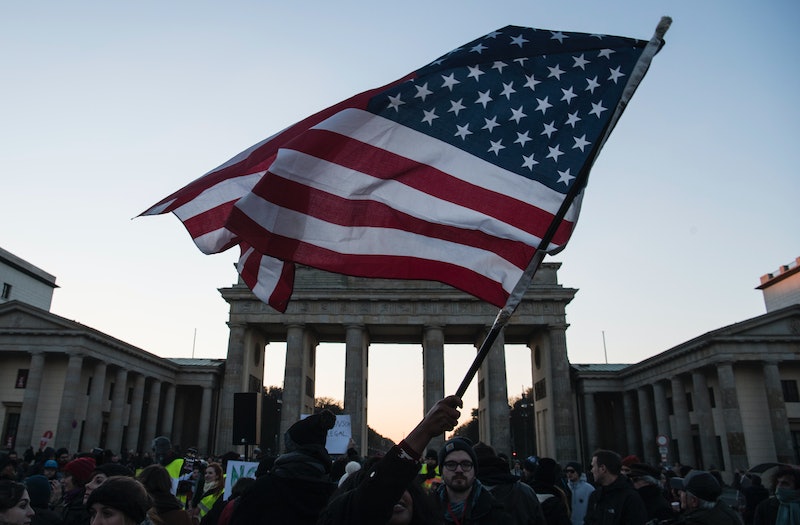 While it has been an incredibly turbulent post-election season accompanied (unfortunately) by a good deal of vitriol, there have also been a lot of reasons to find hope in the post-Trump election era. Much of this comfort stems from average Americans taking actions to help their fellow citizens feel safe and supported. These actions run the gamut, from very visual and physical protests, to online campaigns, to using funds to help support others and make a difference. Some of these actions are small in scale and others are incredibly far-reaching. However, these displays of post-election support all share one thing in common: they are a means of helping Americans cope and comfort each other in a very uncertain post-election climate.

Additionally, many of these displays of support illustrate to the Trump Administration the unity of many Americans, and how they will come together to protect human rights and democratic ideals. While pre-election reports as well as the outcome of the election have seemed to indicate that the United States of America is highly divided, these moments can help remind Americans of the many things that unite them. And ultimately, that unity will help ensure that everyone's rights are protected during the upcoming Trump Administration. These displays of support prove that citizens will continue to stand up for their beliefs, and, just as importantly, for each other.

The ongoing post-election protests have been one of the most visual symbols of solidarity and support following the election. These largely peaceful protests have gone on in major cities all around the country and consist of people from incredibly diverse backgrounds coming together to speak out against the Trump's proposed discriminatory policies and actions.

Immediately following the election, many Americans took a cue from the United Kingdom and started wearing safety pins as a means to non-verbally indicate to others that they are an ally and a "safe person." The safety pins are meant to help show solidarity with and support for marginalized communities and indicate that the "wearer" is willing to help anyone who feels unsafe or discriminated against.

This powerful, "secret" Facebook group with millions of members emerged post-election as a way for (primarily) women to support each other in a turbulent post-election environment. The platform also allows members to propose and engage in advocacy initiatives to promote and protect women's and minority groups' rights. The group is immensely popular and receives tens of thousands of posts a day; indeed, different states and regions have even started forming their own Pantsuit Nation groups as a means of making their advocacy initiatives more focused on the local community.

4. Fighting Against A "Muslim Registry"

Many Americans have expressed strong disdain for the possibility of a registry for Muslims in the United States, something for which Donald Trump advocated during his campaign. While there is uncertainty as to whether the registry will happen and/or what form it would take, Americans have come together to protest such discrimination. In fact, non-Muslim Americans have begun signing a petition requesting to be registered alongside Muslims. Some have also advocated for this request via a hashtag campaign called #RegisterMeFirst.

As a means of supporting women's reproductive rights and freedom of choice, particularly ahead of an administration that's unfavorable to both of these entities, Americans have come together and donated millions of dollars to Planned Parenthood in the post-election period. To add a bit of irony to the donations as well as make a statement, many of the donations have been made in Mike Pence's name, as a means of drawing attention to the Vice President-elect's notoriously anti-woman policy stance.

Following the election, New Yorkers began leaving messages of support for each other on post-it notes in a subway tunnel under Union Square. At least 10,000 notes were placed on the wall, and many of them expressed love and support for fellow New Yorkers, particularly for minorities and other marginalized groups.

7. Baylor University Student Walked To Class By Hundreds Of Allies

After a young woman was called a racial slur and assaulted on her college campus, hundreds of her fellow classmates heard about the incident and met up to walk her to class and display their solidarity with her. Additionally, students also tweeted to show their support using the hashtag #IWalkWithNatasha.

Recently, in Washington, D.C. hundreds of people came together to protest the meeting of a white nationalist group celebrating Trump's victory. The protestors came together in the nation's capital to decry racism and fascism.

While this has not yet happened, the planned Million Women March for the day after Trump's inauguration into office epitomizes solidarity. As a means of protesting the Trump administration's history of misogyny, women from all over the country plan to come together to march on Washington to make sure their voices are heard and their rights are protected.

It's important that the sense of unity and solidarity captured by these moments continue throughout the post-election season, and help to cultivate an environment (and even an administration) that is fair, just, and respectful of everyone's rights and unique contributions to American society.