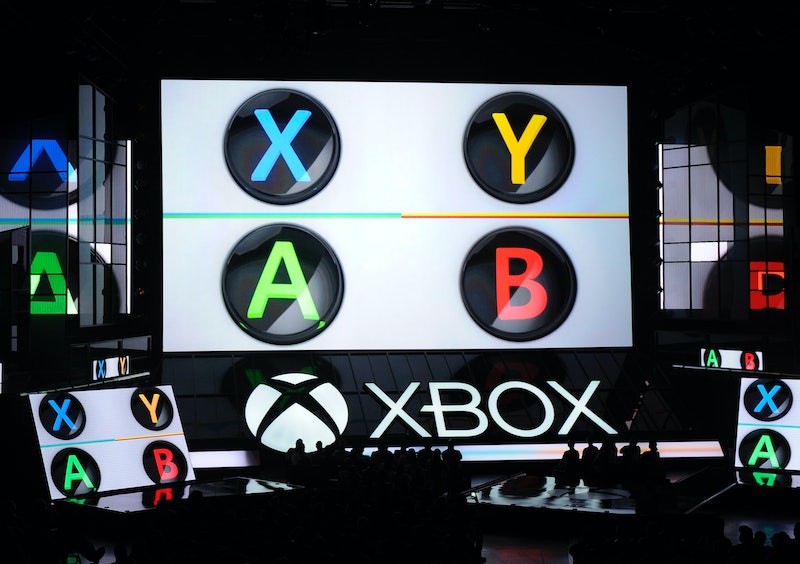 Remember when kids were spending too much time playing outside and not enough time watching glued to a computer or television set inside? Neither do I. But based on research presented at the American College of Cardiology's 63rd Annual Scientific Session, when it comes to video games and television, there is a lesser of two evils: video games are better than TV for kids' health.

According to research conducted by the University of Michigan, "sixth-graders who watched a lot of TV were more likely to eat junk food and drink soda than their peers who spent the same amount of time on the computer or playing video games."

This increased intake of sugar and salt inundated sustenance leads to an array of health problems, including high blood pressure, high cholesterol, and obesity. And while it may seem that sitting in front an Xbox is no different from sitting and watching cartoons, researchers found that not all screentime is created equal.

So, while video games are still no competition for a good, old-fashioned game of hide-and-go-seek tag, they are preferable to watching television.

There are two potential factors that seem to contribute to this discrepancy in seemingly identical couch-potato activities. For one, strategic advertisers know that their target audience for high-fat, high-calorie junk food are their TV watchers. Ever seen anyone stare at their TV set for six hours straight without a pint of ice cream and a bag of chips? Advertisers didn't think so, either.

Moreover, when engaged in video games and other activities that require more focus and at least the semblance of motor skills, gamers don't have as much time (or a free hand) to bring the spoon from the ice cream into the mouth. Because video games require more attention and concentration than traditional TV watching, its users are less likely to consume as much food as quickly. I hear that playing Halo while simultaneously eating a sloppy joe is harder still and even messier than just eating a sloppy joe. But maybe I'm not coordinated enough.

So essentially, TV watchers are both the primary recipients of all the enticing ads, and eating the advertised products at the same time. Lose-lose situation. Nickelodeon released a statement in 2013 sharing the terrifying news that kids born after 2005 watch 35 hours of television a week, or five hours a day. And that's just television. The 35 per week number doesn't even consider or include time spent with the computer, the iPad, or the phone that seem to command every waking second of post-millenials' attention. Add in those additional couple hours a day, and we're looking at a whopping 49 hours a week. More than an average work week for most.

The American Academy of Pediatrics recommends that children only spend a maximum of two hours in front of the TV a day. Unfortunately, it seems that we're a far cry away from this utopian standard, in which children are more interested in running around than sitting in front of a screen.

Of course, there is a way to transform the television into an exercise machine, especially with video games like Xbox Kinect or Wii Fit. In fact, a new study to be published in May's Journal of the American Medical Association (JAMA) Pediatrics suggests that children that were given a Kinect lost far more weight than children who were only given traditional weight loss exercises and techniques. In fact, children with Kinects spent 7.5 more minutes exercising than those without.

Who knows, maybe being active is taking on a whole new meaning. And just maybe, we can turn the scary black box into an exercise machine.